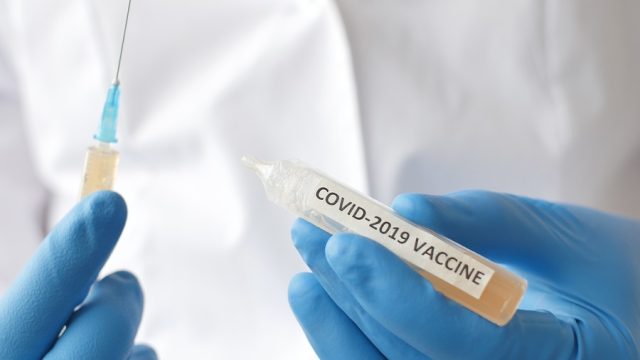 Even when a vaccine is declared to be “safe” because it undergone strictly well-performed clinical trials, assuming that there are any honest ones, there are still reports about extreme damages and even fatalities after vaccination. These cases are usually ruled just by the terms “serious adverse effects” and are also given very little or even no attention at all by the media and other responsible institutions assigned to protect the public. For example, it was reported in 2018 that a study was conducted and found out that flu vaccinations are killing elderly on an enormous scale. The story came out in quite several sources yet there are almost nobody talking about it, especially from the government institutions that are supposed to be responsible for the health of its citizens.

In July of 2018, in an article at neonnettle.com, Jay Greenberg reported:

“Researchers have found that senior citizens are being killed by flu vaccines in record numbers, and the death rate is rising at an alarming rate. A study conducted by JAMA discovered that flu shots may be killing a significant number of senior citizens. According to data collected by the study, 60 percent of people over 65-years-old are at risk. A former investigative journalist for CBS, Sharyl Attkisson, states that the study highlights the worrying rise in mortality rates among elderly citizens who are vaccinated for protection against influenza.

According to Attkisson, not only do the findings prove that the flu shots do nothing to improve death rates, but they may actually be contributing to the increase in ill health and fatality. Inquisitr reports: The study “got little attention,” she says, “because the science came down on the wrong side. Whereas the researchers had set out to prove that the push for massive flu vaccination would save the world, the researchers were “astonished” to find that the data did not support their presupposition at all. The data actually shows that deaths increased, not decreased, among seniors following vaccination.”

Every year, there are countless reports of vaccine damage and vaccine manufacturers are overwhelmed with lawsuits and legal complaints. They pay billions of dollars to these vaccine victims. Of course you cannot hear these reports from the mainstream news often. But, if these problems happen even in vaccines that are said to have passed every trial needed, how much more to those which are fast-tracked? Indeed, we don’t have to look further down the history; in just a couple of recent years, a great catastrophe occurred in the Philippines. In 2016, another fast-tracked vaccination program has been identified as the main cause of death to many children, which already reached 157th last month as proven by the autopsy being conducted by the Public Attorney’s Office (PAO), a government legal defense team helping poor and marginalized Filipinos who can’t afford private lawyers and the cost of the legal processes.

Dengvaxia, the vaccine for dengue manufactured by France’s Sanofi Pasteur, has been administered to more than 800,000 Filipino children. However, this “3.5 billion pesos” vaccine given to the Philippines in 2016, under school immunization program, was still undergoing its phase 3 clinical trials; meaning the safety and effectiveness test for the vaccine is not yet complete. This concern was also raised by the Formulary Executive Council (FEC) of advisers due to the reasons that “the vaccine’s safety and cost-effectiveness had not been established”.

Meanwhile in 2006, the US Food and Drug Administration (FDA) approved Gardasil, the vaccine said to help prevent infection from human papillomavirus (HPV), a virus alleged to cause cancer. But this vaccine was also fast-tracked and when it reached the market, thousands of adolescents and adults have reported to have severe reactions from the shots, some even died later. Instead of doing the trials for three years, the FDA approved the vaccine only within six months since its clinical study started. According to the report by Children’s Health Defense (CHD):

“The FDA’s fast-track process is designed to facilitate the development and expedite the review of drugs or vaccines to treat serious conditions and fill an unmet medical need like providing a treatment for an epidemic which has no existing treatment. Gardasil met neither of these criteria. Cervical cancer was far from epidemic status and the existing PAP smear plus follow up removal of abnormal cervical tissue had substantially controlled most cervical cancers. In fact, according to the National Cancer Institute’s Surveillance, Epidemiology and End Results Program (“SEER”), the incidence of deaths from cervical cancer prior to the introduction of Gardasil in the U.S., was on a steady decline with a rate of 2.4 per 100,000 women.”

In addition, CHD’s founder Robert F. Kennedy Jr. talked about the possible dangers of fast-tracking a vaccine. Speaking about the completely unknown outcome of the coming COVID 19 vaccine, he stated in a round-table discussion:

“This is an experimental technology that has never been done before in history. What is does, it injects a snippet of the virus that carries a genetic code in its RNA that is designed to alter the DNA, the code in every cell in your body to get your body to naturally start producing those antigens. It is a form of genetic engineering. It is genetic engineering. It has been condemned by the Geneva Statement because those genetic changes will survive in your sperm and they will live in your children or in your ovaries. They are injecting human being with an untested gene-altering technology designed to change the human genome, without having any proof that it actually works. …”