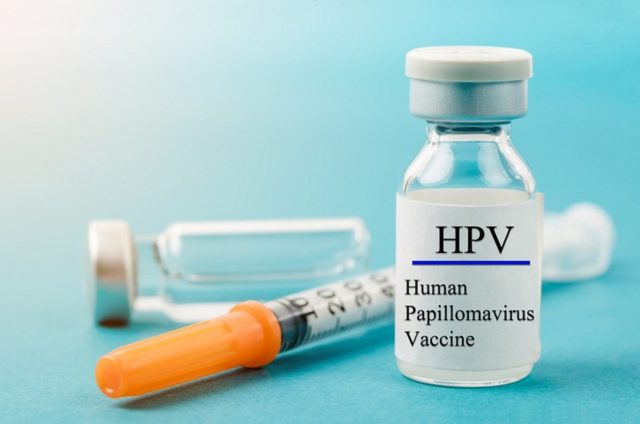 In 2014, five families in France have joined efforts to file a lawsuit against GlaxoSmithKlein (GSK), Pfizer and Sanofi and get compensation for vaccine injuries which led some to disabilities. On the same year, Japanese citizens demanded that their government should stop the subsidy program for vaccination due to reported hundreds of reactions to the so-called cervical cancer vaccine which left many seriously injured and disabled specifically by the brands namely Gardasil and Cervarix; said to be protecting against HPV. Because of this, the health ministry of Japan has ordered that HPV vaccination should never be recommended anymore. According to reports, the vaccinated teens have developed serious problems on their brains and spinal cord.

“The national law firm of Baum Hedlund Aristei & Goldman filed a Gardasil lawsuit against Merck today on behalf of a 19-year-old woman, alleging the company misled the FDA, legislators, doctors and moms about the safety and efficacy of its Gardasil vaccine. The lawsuit asserts Merck purposely downplayed the risk of Gardasil’s ingredients, including a proprietary aluminum compound (a potent neurotoxin) and secret and potentially hazardous DNA particles. Plaintiff Julia Balasco alleges she suffered and continues to suffer severe and permanent physical injuries such as an autoimmune disease known as postural orthostatic tachycardia syndrome (POTS) after receiving multiple injections of the human papillomavirus (HPV) Gardasil vaccine.”

After its launch in France during 2006, other countries started using Gardasil as well including Spain, Germany, Austria, Ireland, and the United States. And several months after, problems have begun to show up in reports and medical journals which later includes more countries in Europe, the US and Asia. Concerns of side effects were recorded and raised. These include seizures, chronic fatigue syndrome, convulsions, circulatory collapse, lymphadenopathy, immune mediated disease, blindness, deafness, and paralysis. To many, it is totally unbelievable that despite of it being dangerous and ineffective, Gardasil is so expensive; costing about $450 per administration. This has made Merck earned $2.2 billion in 2018 and $3.7 billion in 2019.

The Food and Drug Administration (FDA) approved the HPV vaccine Gardasil in 2006. However, the process of this vaccine has been fast-tracked in just six short months. Because of this, Gardasil has never met the standard criteria that “were far from epidemic status and the existing PAP smear plus follow up removal of abnormal cervical tissue had substantially controlled most cervical cancers. In fact, according to the National Cancer Institute’s Surveillance, Epidemiology and End Results Program (“SEER”), the incidence of deaths from cervical cancer prior to the introduction of Gardasil in the U.S., was on a steady decline with a rate of 2.4 per 100,000 women”.

CHD also declared about the plaintiff, Ms. Julia Balasco, “seeks to hold Merck accountable for its alleged negligent, reckless, and fraudulent conduct, and for causing her physical and emotional injuries and harms as a result of Gardasil. Today’s lawsuit alleges the company willingly placed Gardasil’s profits ahead of patient safety. Ms. Balasco is requesting that exemplary (punitive) damages be assessed against Merck to deter the company and other would-be defendants from engaging in similar alleged reprehensible conduct.”

In a 2013 study published in Current Pharmaceutical Design, it was found that HPV vaccine trial outcomes were “largely inadequate”. Additionally, it was also reported:

“The claim that HPV vaccination will result in approximately 70% reduction of cervical cancers is made despite the fact that the clinical trials data have not demonstrated to date that the vaccines have actually prevented a single case of cervical cancer (let alone cervical cancer death), nor that the current overly optimistic surrogate marker-based extrapolations are justified. Likewise, the notion that HPV vaccines have an impressive safety profile is only supported by highly flawed design of safety trials and is contrary to accumulating evidence from vaccine safety surveillance databases and case reports which continue to link HPV vaccination to serious adverse outcomes (including death and permanent disabilities).”

Meanwhile, Michaela Balasco, the plaintiff’s mother, said in an interview:

“It’s too late for my daughter. The damage is already done, but it’s not too late to warn other parents about the truth about Gardasil. Thousands of families are going through what we are going through. I have made friends around the world whose children are suffering like my Julia. She is not alone. I want Gardasil off the market so my grandkids and other children don’t have to needlessly suffer these injuries.”