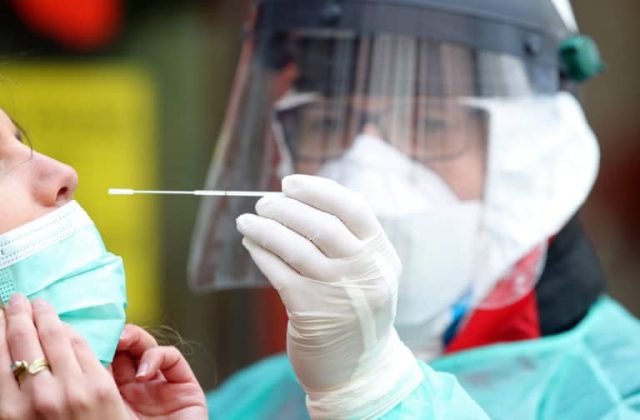 On October 1, it was reported in the Business Insider that “a woman’s brain fluid leaked into her nose after getting a nasal COVID-19 test”. The woman was said to be in her 40’s who’s said to be having an “undiagnosed skull defect” which, according to the news, “likely allowing the complication and other side effects”. Business Insider also continued to state:

“The case, reported Thursday in the journal JAMA Otolaryngology—Head & Neck Surgery, brings attention to the importance of training clinicians and patients on how to conduct COVID tests safely, especially as testing is expected to ramp up to as many as 6 million a tests a day by the end of the year, the authors write. The woman went to the hospital with a headache, runny nose, and other symptoms. The woman in the case study underwent a COVID-19 test while in the hospital for an elective surgery. Soon after, she developed a runny nose, headache, and vomiting. By the time she went back to the hospital, she also complained of a metallic taste in her mouth, neck stiffness, and light sensitivity, the study reports…”

Meanwhile in Italy, some pediatricians are worried about “the physical and psychological effects of continual testing” and therefore raised their concerns. This is after when the Italian government approved the “rapid swabs”, the testing on schools using rapid antigen tests that are being done using cotton nasal swabs which give the result in less than 30 minutes. On the same day that the Business Insider published its report, Forbes.com also reported:

“Despite the potential reduction in school disruptions, some pediatricians are unhappy at the decision to use swab tests on schoolchildren. The rapid test requires a cotton swab to be inserted into the nasal passages and the throat, an experience that is uncomfortable and even painful. Professor Gian Vincenzo Zuccotti, Director of the Pediatric Clinic of the Buzzi hospital in Milan, spoke of the repercussions of an excessive use of swab tests on minors. “We are only in September and what we are witnessing, I say as a pediatrician, is an abuse of nasopharyngeal swabs, so much so that ear, nose and throat specialists are already reporting injuries in the nose and throat,” warned Professor Zuccotti.”

In addition, Professor Zuccotti also alerted school officials that this process also could cause psychological trauma to the students. This is because these children might possibly start to associate the school environment with the “torture” due to the painful process of the “rapid swab”. This system of continuous tests, warned Professor Zuccotti, could be very mentally detrimental to the children.

Undeniably, physical pain causes psychological stress or negative impact. That’s why there is no doubt that Professor Zuccotti’s claim could happen in a serious manner. Even adults complain about this process which, in the first place, not reliable and completely far away from a real objectively-verifiable diagnosis. This is a very important concern that major health authorities, especially the World Health Organizations (WHO) continues to ignore. Even the scientist itself who invented the PCR method, Dr. Kary Mullis, has repeatedly warned these health authorities that it should not and could not be used to diagnose a disease. In one of his articles, Jason Christoff of christoff.com wonderfully explained:

“The PCR INVENTION shouldn’t be used as a way to diagnose any disease because it’s simply designed to make small bits of genetic material more visible under a microscope. Those small bits were always designed to be studied, not to conclude disease or no disease, winners or losers, black or white, go home or go to “a camp” etc. Where that genetic material comes from (from you or from a large number of friendly organisms that live inside you) in no way reflects if that genetic material is making you sick. This is why the PCR process has already been shown (in its current misused way) to declare 8 out of 10 people positive with COVID, when they’re perfectly healthy. Out of 10 people in a COVID testing area, 8 will be told they have COVID, 2 will not…..and there’s absolutely no basis to any of those declarations what so ever. The PCR can’t test for COVID, it never could and the inventor said so. So why are we using it?:”

As of now, there are already many people aware of this problem around the world. In many social media platforms alone, you can read hundreds of people complain about COVID testing. For example, one person named Tanya S. posted at Erin at Health Nut News page, “My test was literally a TORTURE I cried of pain a lot. I felt like they injured me and I am the one that falls asleep at the dentist. I will NOT do it again even if I feel bad. There are other alternatives.”

Another person named Nancy S. also commented, “I was required to have the COVID test before surgery, I had a bloody nose after wards and I thought THAT was bad.” Then a person named Jeri M. replied, “I got a bloody nose after as well.” Another user named Sherry C. also commented, “This is what causes the horrible horrible headaches for days after testing.” And finally, a user named Karen G. posted, “My daughter had one last month. It was awful and I promised her never again would we do that and I won’t break that promise. That’s for sure!”