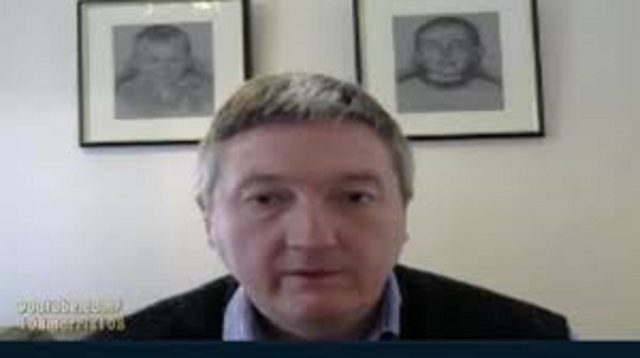 In February of this year,  a request for FOI (freedom of information) written by James McCumiskey, an advocate for German New Medicine, explains why there is no evidence of a deadly virus and of contagion and infection as caused by the so-called “viruses or retroviruses”. In this letter, McCumiskey used the works of Dr. Stefan Lanka to demonstrate the invalidity of these claims about known “viruses”. Although a little bit old since it was published, this letter still serves as one of the most important points to use in debating about the alleged “pathogenic viruses” and for disproving the “germ theory” in general.

In addition, McCumiskey’s letter also perfectly presented, in a comprehensible way, the technical aspects regarding scientific methods in isolating and studying biological agents, often labeled as virus. In the last part of the letter, McCumiskey reminds the recipients to uphold the principle of science and the importance of scientific methods in determining hypothesis. He stated that “scientist must question all his assumptions and beliefs otherwise the status quo would never change”. Therefore, he sincerely asked the National Virus Reference Laboratory (NVRL) to really look at the purported virus and perform the Koch’s postulate to prove the infection; to carry out the standard experiment which is, according to him, “any first year university biology student would be able to carry out this proposed experiment, which is simple, cheap and fast to execute”.

So, by using density gradient centrifugation technique, you can prove the existence of small things. However, there is a very strong ground in which we can all agree that the dogma in science automatically shuts dissenting opinions down, sometimes regardless of how respected you are in the field, that’s why legitimate questions and facts are being repressed and even dismissed. This goes all the way down even to the community level; no one would believe individuals who “counter the narrative”; those who complain and talks about scientific inconsistences, moral dilemma, ethics, etc. in relation to the current health crisis (manufactured, though!).

In Dr. Lanka’s case, because of uncertainties, experts decide that the definition of a pathogenic virus is in flux; as it is still being highly studied by the scientific community today. Though having no medical background, McCumiskey’s arguments are very direct and straight to the point; asking about the only objective reality that would support all the stories around this “viral-disease” rhetoric. Anyway, to really understand the essence of James McCumiskey appeal, and to learn from a real scientific standpoint regarding the so-called virus, here is the full text of his statements:

The Assistant Director (Dr Joanne O’Gorman) kindly provided me with two scientific papers which allegedly demonstrate the isolation of the novel corona virus and the Influenza A virus.

1) Isolation of a novel corona virus from a man with pneumonia in Saudi Arabia AliMoh Zaki Md PhD et al New England Journal of Medicine November 8 2012. The last paragraph on Page 1818 is revealing:

I found this paper interesting because it clearly explains the techniques used to allegedly “isolate” pathogenic viruses. The authors believe that avian IAVs possess HA proteins. They use hemagglutination assays to detect the IAVs. The second last paragraph on Page 2665 explains how they detect the alleged IAVs

A widely used, inexpensive , rapid and standard screening method for the detection of IAVs is the hemagglutination assay (originally developed by Hirst and Francis et al), which is based on the ability of the viral HA protein to bind to and ‘agglutinate’ red blood cells (RBCs).

Despite the fact that the title of the paper suggests that the authors have isolated the Influenza A virus – they clearly have not and do not claim to have done so in this paper. They have used an indirect method (hemmaglutination assay) to detect the presence of the HA protein based on their belief that the Influenza A virus contains this protein.

The OLG court in Stuttgart on 16 February 2016 overturned the judgment of the Ravensburg court and dismissed the action. The plaintiff (Dr David Bardens) filed an appeal against the judgment of the OLG to the Supreme Court (BGH). The basis of his appeal was his subjective and false perception of the trial at the OLG in Stuttgart, and his assertion that what Dr. Lanka factually stated about the ‘measles virus’ posed a threat to public health. The plaintiff’s position was rejected by the Supreme Court (BGH); Thus it confirmed the judgment of the OLG Stuttgart from 16 February 2016. The sum of €100,000 which Dr. Stefan Lanka had offered as a reward for scientific proof of the existence of the alleged measles virus does not have to be paid to the plaintiff – Dr David Bardens – who was also ordered to bear all procedural costs.

Five experts were involved in the case. All five experts, including Prof. Dr. Dr. Andreas Podbielski who had been appointed by the OLG Stuttgart have stated that none of the six publications contains scientific proof of the existence of the alleged measles virus.

Arguments against the belief in the existence of the measles virus

Dr. Stefan Lanka has four compelling arguments against the current belief in the existence of the measles virus (and by extension all other alleged pathogenic viruses). These arguments were made as part of his measles virus legal case.

1) Dr. Lanka hired two independent laboratories to investigate the alleged measles virus. They both confirmed that the typical gene sequence of quite normal healthy cells has been wrongly interpreted as central component parts of the ‘measles virus’. Short genetic sequences (from normal healthy cells) have been arbitrarily assembled together in order to make up a model of the “measles virus”, and this is stated to be the genetic model (genome sequence) of the measles virus. I would like to point out that is what was done in the two papers on the novel corona virus and the influenza A virus, which were submitted to me by the Assistant Director of the NVRL Dr. Joanne O’Gorman.

2) Professor Dr. Andreas Podbielski testified at the measles virus trial along with four other technical experts. These five technical experts all confirmed that the entire area of measles virology is extremely unscientific because no control experiments are carried out.

3) The five technical experts also agreed that the current definition of a pathogenic virus is in flux and is being questioned by the scientific community. It is clearly logical that if the definition of a virus is agreed to be in flux, there cannot be any clear unambiguous statements about pathogenic viruses and they ought not to presented as a fact or as existing but rather as a hypothesis or belief that is currently held by most biologists worldwide including the NVRL.

4) The current belief in the existence of the measles virus can be traced back to the influential paper published by Enders & Peeble in 1954. However, this paper does not prove the existence of the measles virus. Enders & Peeble observed the death of cells in the test tube and believed that this was caused by the phantom measles virus. However as per argument 2 they did not carry out any control experiments. If they had carried them out they would have determined that their preparation of the test-tube caused the death of the cells and that the observed death of cells had nothing to do with any alleged measles virus.

In 1954, John Enders 1954 won the Nobel Prize in Medicine along with two other colleagues for their in vitro culture of the alleged polio virus. He applied the same technique he used inconnection with the ‘polio virus’ to the ‘measles virus’ in 1954, which resulted in the infamous Enders / Peeble paper.

FOI Request / Experiment to prove the existence of the measles virus

Dr. Lanka states that the scientifically valid method for the isolation of any alleged virus is the density gradient centrifugation technique. This technique is apparently referenced in all current textbooks but for some reason is never used by the laboratories such as the NVRL. I would like the NVRL to carry out a simple experiment:

I am certain that it will be impossible to isolate the measles virus or any other alleged pathogenic virus (such as HIV, HPV, H5N1, mumps, rubella, IAVs, novel corona virus etc) because they do not exist. However, it is possible to isolate the so-called giant viruses with a diameter of 120-150nm; I believe almost 3000 of these giant viruses have to date been isolated by the density gradient centrifugation technique.

A scientist must question all his assumptions and beliefs otherwise the status quo would never change; this is the scientific method. This is real science. I request that the NVRL carry out this simple experiment (and create a new record / scientific paper). I understand from Dr. Stefan Lanka that any first year university biology student would be able to carry out this proposed experiment, which is simple, cheap and fast to execute. I would like the NVRL to explain the outcome of this experiment.

I believe that the only logical conclusion from this experiment will be the determination that all alleged pathogenic viruses such as for example the mumps, measles and rubella do not exist.

Prove my hypothesis wrong! Create the record, perform the experiment and attempt to isolate the measles virus using the density gradient centrifugation technique.

I remain yours sincerely,