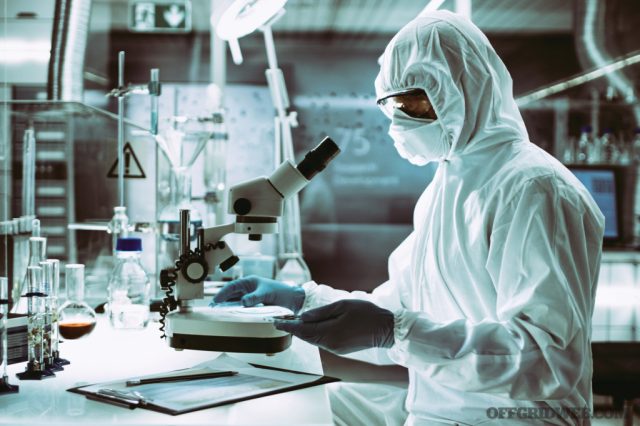 On October 22, presidential candidate Joe Biden mentioned the term “dark winter” during his debate with President Donald Trump. According to some news outlet, Biden on this statement meant to say “extreme coronavirus deaths”. Biden stated in this televised presidential debate:

“220,000 Americans dead. If you hear nothing else I say tonight, hear this. Anyone who’s responsible for that many deaths should not remain as president of the United States of America.”

“We’re about to go into a dark winter and he has no plan”, Joe Biden Added.

But since when did this term came out and what is it really all about? Here’s the story: on June 22–23 in 2001, the Johns Hopkins Center for Civilian Biodefense Strategies, in collaboration with the Center for Strategic and International Studies, the Analytic Services Institute for Homeland Security, and the Oklahoma National Memorial Institute for the Prevention of Terrorism, held a senior-level exercise entitled “Dark Winter”. Much like the Event 201 of October 2019, this is a simulation of a covert smallpox attack on the United States. It was constructed “to examine the challenges that senior-level policy makers would face if confronted with a bioterrorist attack that initiated outbreaks of highly contagious disease”.

The designers, authors, and controllers of this program, namely Tara O’Toole and Thomas Inglesby of the Johns Hopkins Center for Civilian Biodefense Strategies and Randy Larsen and Mark DeMier of ANSER, claimed this exercise was “intended to increase awareness of the scope and character of the threat posed by biological weapons among senior national security experts and to bring about actions that would improve prevention and response strategies”.

What’s more interesting to this is that this simulation happened “3 months before 9/11 and 4 months before the Anthrax attacks”. According to an article by globalresearch.ca:

“The scenario of this bio-terrorism drill was designed to simulate a smallpox attack in three states. Numerous congressmen, former CIA director James Woolsey, New York Times reporter Judith Miller (who pushed the Iraq WMD myth, as well as the false link between Iraq and the Anthrax attacks), and anti-terror official Jerome Hauer all participated in the exercise. As a part of this war game, scripted TV news clips were made to help make this drill as realistic as possible. At the end of one of these clips, the reporter says: Iraq might have provided the technology behind the attacks to terrorist groups based in Afghanistan.”

Globalresearch.ca also added that some of the main reasons for this were to help justify the “war on terror” by deliberately demonizing Iraq by linking them to 9/11 twin tower attack in New York City. However, in reality, this claim “has since been debunked by the 9/11 Commission, top government officials, and even – long after they alleged such a link – Bush and Cheney themselves”. To provide more understanding on this very significant topic, globalresearch.ca also wrote:

“The FBI was actually told to blame Anthrax scare on Al Qaeda by White House officials. High-level government insiders pointed towards Iraq as the source of the anthrax, even though there was absolutely no reason to think that the anthrax had come from Iraq.

Dark Winter participants Judith Miller – the New York Times reporter who had long hyped bioterror threats through books and articles – and CIA head Woolsey were two of the loudest voices blaming the Anthrax attacks on Iraq.”

Indeed, according to Gary D. Barnett regarding this massive psychological operation:

“The only real defense that is valid during this exercise in mass tyranny is total refusal to comply with any and all government mandates. We are in the midst of the largest psychological operation (PSYOP) in the history of mankind.

The newest term being targeted toward the masses is the coming of the “Dark Winter,” which is nothing more than propaganda based lies meant to prepare the sheep for a planned continuation and escalation of this fake pandemic in order to bring about world domination.”