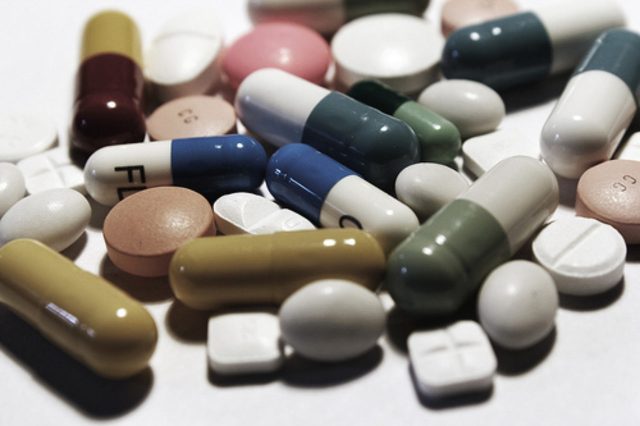 There are many reasons why big pharma companies are very effective in the marketing of their drugs even though most of these substances haven’t been thoroughly tested on trials, let alone proven to be safe for young people especially for long term use. One main reason is that their marketing campaigns cost a lot of money not only to the advertising industry or to the media but also to the lobbying effort and to the academic aspects or research and development (R&D); meaning that they strategically bribe everyone and everything that stands on their way just to sell their dangerous products.

For example, last year, ProPublica/propublica.org reported that their investigations have found out that there were “more than 700 doctors who received at least $1 million from drug and medical device companies”. On the article, they wrote:

“Back in 2013, ProPublica detailed what seemed a stunning development in the pharmaceutical industry’s drive to win the prescription pads of the nation’s doctors: In just four years, one doctor had earned $1 million giving promotional talks and consulting for drug companies; 21 others had made more than $500,000. Six years later — despite often damning scrutiny from prosecutors and academics — such high earnings have become commonplace. More than 2,500 physicians have received at least half a million dollars apiece from drugmakers and medical device companies in the past five years alone, a new ProPublica analysis of payment data shows. And that doesn’t include money for research or royalties from inventions.”

It was said in the report that these payments, despite transparency programs, are “kickbacks” by the drug companies. It is easy to understand why drug companies are doing this: marketing a cure for a disease which often are vaguely defined or even found to be non-existent is not a simple trick. You have to hire “professional tricksters” from various areas to help with fear mongering and to make sure the illusion will be established as reality on people’s mind. On the article, ProPublica continued to state:

“There is a perception among many physicians, including some in academia, that drug company payments are fairly benign — a moonlighting gig that educates other doctors about important medications. But since ProPublica began looking at physician payments, one drugmaker after another has paid tens, or even hundreds, of millions of dollars to resolve allegations of improper, or illegal, marketing tactics. In fact, drug company whistleblowers and federal prosecutors have said explicitly that in some cases the payments were actually bribes and kickbacks.”

Consequently, this kind of massive institutional corruption has enabled these pharma companies to push drugs without so much challenge and scrutiny from the public and from government officials. For years, it has been established as a culture; therefore irresponsible practices are now being tolerated within these different organizations. One example is the story of Merck and its product named Gardasil, a vaccine purported to prevent cervical cancer allegedly caused by, as often the rhetoric, a virus (HPV). In a recent report, Children’s Health Defense (CHD) wrote about fast-tracking trials:

“Notwithstanding, in its bid to fast-track Gardasil and prove that the vaccine treats a serious condition and fills an unmet medical need, Merck allegedly presented misleading data to the FDA suggesting that HPV infections and some abnormal cervical tissue–cervical interepithelial neoplasia (CIN) lesions–inexorably result in cancer, hence the urgent need for the HPV vaccine. The complaint indicates those contentions are untrue. Merck sought and received FDA approval for Gardasil based on its theory that HPV alone causes cervical cancer, and that Gardasil could eliminate cervical cancer and other HPV-associated cancers. According to Balasco’s attorneys, however, Merck’s theory is unproven – Gardasil has never been shown to prevent cervical cancer, itself. On the contrary, studies have shown that systemic administration of Gardasil leads to increased rates of cervical cancer and other serious health issues.”

With deceptive marketing and reporting strategies, companies like Merck can feast on the market even if they have no proof of a fair and honest trial for their products. However, the biggest question everyone should ask is that why these substances and chemical cocktails are being allowed in the first place? Many of their ingredients are known to cause serious harm and even fatality yet government health officials sign to approve them and even enthusiastically tout them. On the same piece, CHD wrote about Gardasil’s ingredients:

“According to the complaint, Gardasil contains a host of hazardous ingredients, including at least one ingredient that Merck failed to disclose to regulators and consumers. Gardasil contains a secret DNA adjuvant and potentially hazardous ingredient, HPV LI-DNA fragments, to make the vaccine more potent. According to the allegations, Merck used this hidden adjuvant to prolong the immunological effects of the vaccine, but illegally omitted it from its list of substances and ingredients in the vaccine.

Gardasil also contains a particularly toxic aluminum-containing adjuvant – Amorphous Aluminum Hydroxyphosphate Sulfate (AAHS), which is a potent neurotoxin created by Merck, that can result in very serious harm, according to the complaint. Studies show that AAHS can trigger autoimmune disorders and other serious conditions and has never been proven safe. Federal law requires that manufacturers cannot add adjuvants to vaccines that have not been proven safe. Gardasil also contains borax, polysorbate 80, and genetically-modified yeast, all of which can cause adverse events, the lawsuit alleges. Merck never tested any of these added ingredients for safety in vaccines.”

Vaccines aren’t the only harmful and highly toxic substance being aggressively touted to young people. If we dig the records from scientific reports and medical journals from the past up to the present, we will see how worst big pharma corruption and mass drugging has become. We will see how drugs are endlessly being prescribed and administered even though most of these were proven to be so dangerous and fatal. Antipsychotic medications for example, both the older and the newer ones, were proven to cause atrophy or the shrinkage of the brain. Some were also found to be the major contributor to patient’s other complications such as diabetes, hypertension, and obesity. On his very informative website about psychiatry and psychiatric medications, Dr. Peter S. Breggin, a well-respected psychiatrist and activist, reported on stimulants for ADHD:

“All of these drugs pose similar if not identical long-term dangers to children and adults. In humans, many brain scan studies show that they cause brain tissue shrinkage (atrophy). Animal studies show persisting biochemical changes in the brain. These drugs can lead directly to addiction or increase the risk of abusing cocaine and other stimulants later on in adulthood. They disrupt growth hormone cycles and can cause permanent loss of height in children.

Recent studies confirm that children who take these drugs often become lifelong users of multiple psychiatric drugs, resulting in shortened lifespan, increased psychiatric hospitalization and criminal incarceration, increased drug addiction, increased suicide and a general decline in quality of life. Withdrawal from stimulants can cause “crashing” with worsened behavior, depression and suicide. Strattera is a newer drug used to treat ADHD. Unlike the other stimulants, it is not an addictive amphetamine, but it too can be dangerously overstimulating. Strattera is more similar to antidepressants in its longer-term risks.”