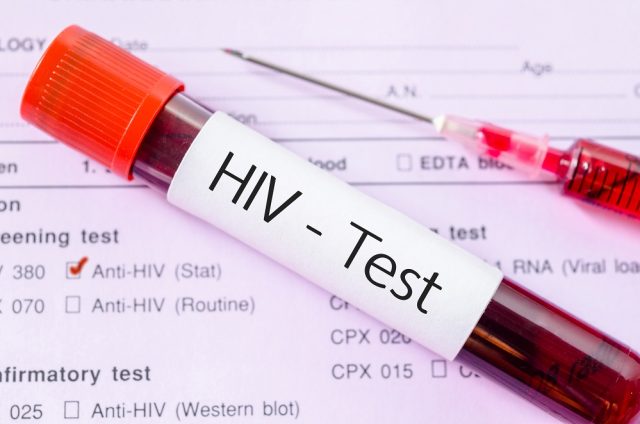 All these years, the public is still made to believe that a so-called Human Immunodeficiency Virus (HIV) causes AIDS or the Acquired Immuno-Deficiency Syndrome. However, what is not known is that there are more than a thousand experts who’ve testified throughout decades against this “hypothesis” across the United States and Europe, providing essential questions and facts about the alleged reason for such illness. These people are speaking against the official narrative about HIV-AIDS based not on mere speculations but on their professional works, clinical findings, and extensive studies. Unfortunately, the media and the academes in general are not interested to support them.

For example, an Emeritus Professor of Public Health in the University of Glasgow, Dr. Gordon Stewart, MD, spoke about this subject way back in the early 90’s. Dr. Stewart was a former Consultant Physician (Epidemiology and Preventive Medicine) to National Health Service (UK) and the WHO. He also authored more than 100 journal articles. In his statements on Sunday Times London in June of 1992, Dr. Stewart said:

“Buried deep within the secretive and well-guarded dogma that Aids is a plague caused by the lethal virus known as HIV, there is a time bomb of potentially explosive contrary information.”

“The hypothesis that HIV is the sole cause of AIDS simply does not fit the clinical and epidemiological facts.”

“It is a scandal that the major medical journals have maintained a conspiracy of silence over any dissent from the orthodox HIV-AIDS views and official handouts. At the same time, through their panic statements about everyone being at risk, health authorities spread undue alarm and anxiety among millions.”

Through the testimony of these thousands of doctors and scientists, it has become apparent that the mainstream allopathic medicine is just repeating this kind of Germ Theory-based scam over and over again to keep the people in a state of helplessness due to their lack of sufficient knowledge. For more than two centuries, as medical historians and experts have shown, the medical monopolists are using this precious psychological weaponry of hysteria and fear to perpetuate their power upon the population and at the same time to grow their businesses dealing with people’s health using, of course, tax cuts and compulsory fees through every government-mediated transactions. In other words, the people’s extreme ignorance about health is their strength.

“None of the postulates on which the infectious hypothesis of AIDS is based fulfill the requirements of the research method. None of the bases of the HIV-AIDS hypothesis has been demonstrated at an objective level. They are theoretical assumptions, created by the minds of those who generate and defend that hypothesis.” (Aids and Stressors, 1997)

There is no doubt that through this fear of viruses and alleged “deadly germs”, big pharmaceuticals together with big chemicals are exploiting and abusing the public almost to the point of total surrender. The people’s fear of purported viral-diseases has allowed these wealthiest shareholders of deadly products to control not only our perception of personal health but also other important aspects in our lives which in the future, includes our privacy and autonomy.

Speaking about the impacts of HIV hysteria in Africa to European Parliament Conference on AIDS in last December 8, 2003, Dr. Marc Deru, MD, from Belgium explained how it affects people and communities:

“The HIV tests are also dangerous because they cause panic and stigmatization, they lead to the use of toxic anti-viral drugs and they draw attention away from the real sources of immune system deficiencies. Common sense and scientific reason dictate their abandonment.”

“For more than 15 years, the various scientific, medical and mass media alike have ceaselessly portrayed Africa as the continent caught in the grip of a new deadly sexually transmitted infection, and doomed to the most somber future imaginable. Yet, during this very same period, the population that was in the eye of the cyclone and received no specific treatment has continued to increase as before.”

Talking about the inaccuracy of tests, Dr. Marc Deru continued:

“In 1985, the newly out ‘HIV’ tests detected the first HIV-positive individuals in precisely this same Tanzania border area…According to the experts, this region was doomed to be decimated, unless energetic measures were taken to combat this new deadly virus.”

“Fifteen years later, we can begin to take stock of the situation. The following are official census results: For Tanzania, a regular upward curve can be observed for the period 1967 to 2002, with a [population] growth of 49% between 1988 and 2002. There is no drop in the population. For the Kagera region, we see the same upward curve, with 53% growth between 1988 and 2002.”

“HIV tests were conducted in Tanzania, but they led to the observation that sick children, whether ‘HIV’-positive or ‘HIV’-negative, recuperated equally well, so long as they received adequate nutrition and medical attention.”

This statement about HIV testing was also discussed by Dr. James Hudson, a Professor of Pathology and Medicine at the University of British Columbia in Canada. He stated:

“None of these investigators isolate actual viruses or viral genomes; all they do is add some primers to a PCR mixture and pretend that the printout represents HIV genomes. None of this has been proven, and furthermore the PCR technique was never conceived as a quantitative measure of anything. In view of this we should always qualify our usage of the term ‘viral load,’ otherwise we fall into the trap of subscribing to their hypothetical nonsense.”

“I do not believe there is an AIDS epidemic in Africa or Asia. People there are still dying from the combined effects of chronic infectious diseases plus malnutrition, poverty, and other factors, just as they always have.”