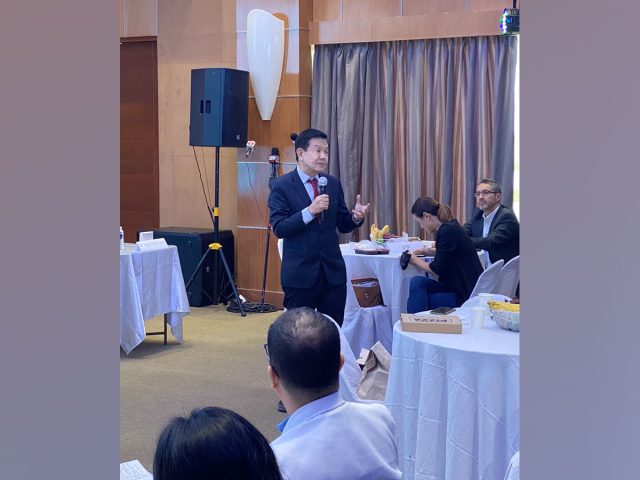 The 5,000 members of the Concerned Doctors and Citizens of the Philippines (CDC-Ph), led by former health secretary Jaime Galvez-Tan, propose a real science-based and research-proven protocol for the prophylaxis, meaning prevention and early treatment for COVID-19. Some of their reasons for pushing this protocol are the facts that most lockdowns did not achieve their health objectives or did not work, many countries around the world are lifting lockdowns, cases of suicide in the country soared to 200%, study proved that lockdowns have massive societal impacts, it causes undue suffering, and lastly, as written on their website, the lockdown “has threatened to overturn all the progress we have made in poverty reduction, human development, and human rights”.

The group also claimed that “at least one country has already said that even if another coronavirus outbreak happens in the fall (which typically begins around September), lockdowns will no longer be implemented due to its ineffectiveness” and that many countries are now prioritizing the re-opening of schools because first, children are not really at risk of COVID and second, the massive school shutdown in March have negatively impacted the children’s well-being and development. “Today, at least 22 countries in Europe have re-opened their schools and none have noted a surge in coronavirus infection”, the group also stated on their website.

On the launching of their #FlattenTheFear campaign last September 17. 2020 in Pasig City, the doctors also stressed that not only their proposal is very doable and scientific but it is also cost effective and that if the country adopts it, it could save budgets and allocate them to a proper prevention measures and early treatment especially for the vulnerable populations. CDC-Ph suggested also that training should be given to health workers so that the proposed protocols can be applied effectively all the way down to the barangay level therefore enabling the businesses to open again, provide jobs, and enliven the economy back while “eliminating the need for travel and work restrictions”.

“We agree that the lockdown was a choice that could not be avoided at the beginning of the pandemic. But we knew from the very beginning that lockdown is temporary. It was never meant to eradicate the coronavirus, nor was it designed as a long-term approach. But here we are in the Philippines, three months into the longest lockdown in the world. Millions of workers have lost their livelihood, and even greater are those who have been forced to extreme poverty. Depression and anxiety plague even the young. But even with lockdowns in almost every city in the Philippines, case rates continue to increase. Citizens are now clueless and hopeless: however will we be able to get out of this situation?”

Meanwhile, Jaime-Galvez Tan, also said in the launching of #FlattenTheFear campaign that the government “will no longer have to choose between saving the economy or saving the lives of Filipinos” if they adopt the program. To defend and justify their claims and demands, Tan said that CDC-Ph is willing to have a dialogue the government, through the Inter-Agency Task Force (IATF). Another member named Dr. Edwin Bien also said that as part of their proposed protocol, “hydroxychloroquine (HCQ), the controversial anti-viral drug, could be used as prophylaxis for COVID infection prevention “if given in correct dosage upon consultation with doctors”.

According to their statement, the group is very confident in raising this demand because they have studied various scientific papers regarding COVID and that it lead them to the same conclusion that “lockdowns no longer serve its intended purpose” and that “it will only cause more undue suffering for millions of otherwise healthy individuals; damaging an entire generation of children who are forced to leave school and study at home”. In a statement on their website, the group also says:

“The solution is simple: The Philippine government must mandate the end of all lockdowns. Restrictions on mobility for the healthy population must be lifted, as the country adapts a more targeted approach. No, we do not mean the gradual lifting of lockdowns. Rather, our demand is clear and straightforward: LIFT ALL LOCKDOWNS TODAY.”

Meanwhile, the country’s Interior Secretary, Eduardo Año, ordered the police department to conduct an investigation for a possible charges against the CDC-Ph for “protocol violations” as well as for prescribing Hydroxychloroquine, a medicine that is not approved by the WHO. According to Sec. Eduardo Año in an interview:

“First of all, that group is not a legitimate group and I hope they will be directing CIDG to investigate for possible criminal cases that can be filed against these people. They are prescribing a medicine that is not authorized by the World Health Organization (WHO) and the Department of Health (DOH), that’s tricky because it might worsen the problem or it may cause side effects. Remember that the Hydroxychloroquine is a drug for malaria and lupus; you cannot make it a prophylaxis. Secondly, they created a group and gathered for a seminar without wearing mask, that is a violation of our quarantine protocol, much more to the ominous guidelines of IATF and the RA 11332. So there are so many violations of the law, of the guidelines, we don’t allow that. I’m warning that group, don’t say things that are not within the guidelines of the government policies especially if this also violates the protocols of the WHO.”

As an answer to this, CDC-Ph posted on the same day at their Facebook page:

“The CDCph is open to a dialogue with the Department of Interior and Local Government (DILG), DOH, IATF (esp Sec. Año) to explain our campaign to help President Rodrigo Duterte safely end the lockdown to save more lives and allow people to rebuild their lives.”