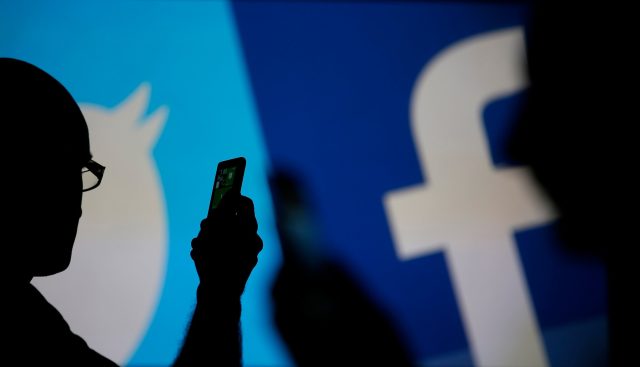 Many social media users are currently disturbed by the censoring of #SavetheChilden by Facebook. Because of this, different speculations came out and some even think that Facebook is again being complicit to pedophilia and child sex trafficking. According to them, they use the hashtag to educate the public and spread information about child sex exploitation in which various independent media outlets usually talk about these days. Users say it’s their strategy to report pages that they suspect as being run by pedophiles and their supporters. However, others think that the hashtag may have been censored because of the inappropriate images that were tagged with it.

Talking about these big platforms, many think that this could be the case; that social media companies like Facebook and Twitter are really allowing pedophile users not only to share images but also to exchange discussions and express their thoughts and feelings regarding their attraction to children. For example, in 2019, caldronpool.com reported about how Twitter’s policy permits discussion about sexual attraction to minors and even the sharing of child pornographic images or sexually suggestive photos as long as it can be considered “work of art”. On its policy, Twitter stated:

“Artistic depictions of nude minors in a non-sexualized context or setting may be permitted in a limited number of scenarios e.g., works by internationally renowned artists that feature minors.”

Meanwhile in the article, the author reported:

“The normalisation of pedophilia appears to be the next frontier for the culture-destroying progressives intent on abolishing every last remnant of Christian morality. And they’re gaining ground, quickly. Earlier this year video messaging app, Snapchat, was accused of attempting to normalise pedophilia, after releasing their LGBTQ Pride Month filter which included the caption, “Love has no age”. Google adopted a similar line in marketing their “LGBTQ-friendly” business tag, which marks companies as allies of LGBTQ ideology and “safe spaces” for transgender people. A promotional video for the Google business feature includes a voice-over which states, “Love is love. It takes no notice of age.”

The reason why many users think Facebook has no problem with pedophilia is that because of the company’s inconsistent action toward reporting and its lack of sincerity to fight child sex trafficking, especially those that are partly happening within the company. Many users complained that when they report this subject, Facebook does nothing and still allow these groups and individuals to continue using the platform. For example, heavy.com reported:

“Some commenters told Heavy that they had previously run into issues reporting disturbing Facebook pages or groups. One person told Heavy they personally had reported a disturbing page to Facebook and were later told that the page didn’t violate Facebook’s standards. The commenter told Heavy about the page they reported, asking that their name not be included: “It’s so sick I can’t even write it,” they wrote to Heavy. “Looked to be a young person being made to do something to an adult. They were later told by Facebook that the page didn’t violate Facebook’s standards. Several other people came to Heavy sharing that they too had reported disturbing groups to Facebook, but the groups had not been removed. Heavy has been able to verify that at least one of the groups has since been removed from Facebook.”

This issue on Facebook isn’t new. For example, in 2016, the BBC also reported:

“We (BBC reporters) set up our own fake profile and managed to gain access to some of these groups. Using Facebook’s own reporting facility, we told the company about images and comments we thought were unacceptable. In one secret group called “cute teen schoolies”, we found a picture of a girl in a vest, aged 10 or 11, accompanied by the words “yum yum”. Facebook responded that it did not breach “community standards” and the image stayed up. In other secret groups we found pictures of children in highly sexualised poses. There were also innocent pictures stolen from other Facebook sites, school homepages and newspapers and most were accompanied with obscene posts. They also did not breach Facebook’s community standards. We reported a whole group too – called “we love schoolgirlz” – with obscene content – and that did not get taken down either. In total we reported 20 images. Users took some down themselves – Facebook removed four – leaving half still up.”

In addition, the same public suspicion is also directed towards Twitter. On the same 2019 report, caldronpool.com wrote:

“Shane Trejo over at Big League Politics, suggests the social media platform (Twitter) may have amended their policy at the behest of Dr. James Cantor, who describes himself as a proud Jewish homosexual. According to Trejo, Cantor is a leading researcher and advocate for pedophiles, who he refers to as minor-attracted persons. Trejo notes that last year (2018), Cantor along with other university academics, wrote a letter to Twitter’s Director of Trust and Safety, urging the platform to allow pedophiles to network and discuss their attraction to children.”