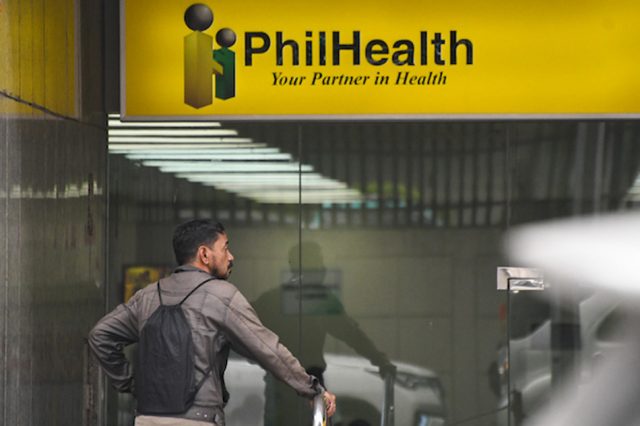 On July 27, Senators and other officials of the Philippine Government filed “Senate Resolution No. 475 to convene the Senate Committee of the Whole and investigate the alleged rampant corruption, incompetence and inefficiency” in Philippine Health Insurance Corporation (PhilHealth), a state health insurance agency. Along with the issues the resolution attempts to investigate includes unwarranted overpayments to healthcare institutions under the “All Case Rates” scheme, the alleged P154-billion scam involving the “ghost” patients of WellMed Dialysis & Laboratory Center Corp. and the conflict of interest in PhilHealth’s lease of a building owned by the family of Health Secretary Francisco Duque III.

Meanwhile, officials of the agency also publicly declared that “they projected to run out of funds by 2022”, less than 2 years from now. In a report by onenews.ph, it was said that Nerissa Santiago, the senior vice president of actuarial services, stated that “the projected operating loss is around P90 billion in 2020 and P147 billion in 2021 should the pandemic persist”. It was also said that during the first quarter of this year, the agency had already loss of P2 billion.

According to Santiago, “The government has the responsibility to keep it afloat but the government provides a yearly subsidy of only P71 billion”. That’s why without additional funding in 2021, PhilHealth will collapse.

In an online testimony to the senate investigation on August 4, one of the main whistle-blowers named Thorrsson Montes Keith, a resigned Philippine Health Insurance Corp. official and now part of the PhilHealth anti-fraud legal officers, said that a “mafia” operating in Philippine Health Insurance Corp.’s executive committeee “has embezzled some P15 billion from the agency using different fraudulent schemes”, calling this scandal “the crime of the year” in the country.

In his resignation letter dated July 23, Keith also cited “his opposition to the mandatory payment of contributions by overseas Filipino workers (OFWs), the alleged unfairness in the promotion process, and the failure to receive his salary and hazard pay on time since he started investigating the agency’s officers”. The next day, the agency issued an official statement asking him to “substantiate his accusations so proper procedures can be initiated.”

“The resolution also cited Keith’s resignation letter, as well as the March 15, 2020 letter of PhilHealth board member Alejandro Cabading informing President Duterte of the discovery of major discrepancies in projects involving the agency’s information technology sector. Cabading referred to an internal audit report showing that P734 million worth of technology resources were included in the PhilHealth budget proposal for 2020 despite the lack of approval by the Department of Information and Communications Technology (DICT). The report also revealed P98.05 million in allegedly overpriced items and P132.2 million worth of items that had been subjected to the splitting of contracts to avoid the requirement of holding a public bidding.

In his online senate testimony on August 4, Cabading said that “PhilHealth president and chief executive officer Ricardo Morales indeed approved the purchases of the ICT equipment and software without clearance from the DICT, and these were the same devices purchased by PhilHealth in 2018 and 2019”.

In addition to the issues in the resolution, onenews.ph wrote:

“The resolution also cited the alleged manipulation of financial statements by senior vice president Renato Limsiaco, who was accused by the senators of overstating PhilHealth’s income by some P9.4 billion by reducing the amount of benefit claims. It also questioned PhilHealth’s lack of money to pay its creditors in the event of liquidation, since its P109-billion equities are slightly less than its P111-billion liabilities. Taking the alleged manipulation of the financial statements into account, the equities would be reduced to a more dire P95 billion.”

Meanwhile, contrary to what the resolution and the whistle-blowers claimed, PhilHealth stated:

“We assure the public that the Corporation strictly follows all relevant laws, directives and standards in reporting in all its operational processes and that all funds entrusted to it are properly disbursed and accounted for.”

On the other hand, Francisco Tolentino, one of the senators actively involved in the investigation, also questioned why the four officials of the agency implicated in the Wellmed dialysis scam in 2019, namely Cheryl Peña, Dr. Rizza Majella Herrera, Dr. Bernadette Lico, and lawyer Recto Panti, were instead promoted as opposed to President Rodrigo Duterte’s order last year “to have the PhilHealth senior vice president and board members resign to pave the way for the agency’s cleansing”. It was reported that last year the National Bureau of Investigation (NBI) filed multiple charges against officials and employees of PhilHealth to the Department of Justice (DoJ) for their suspected involvement in the “dialysis scam”.