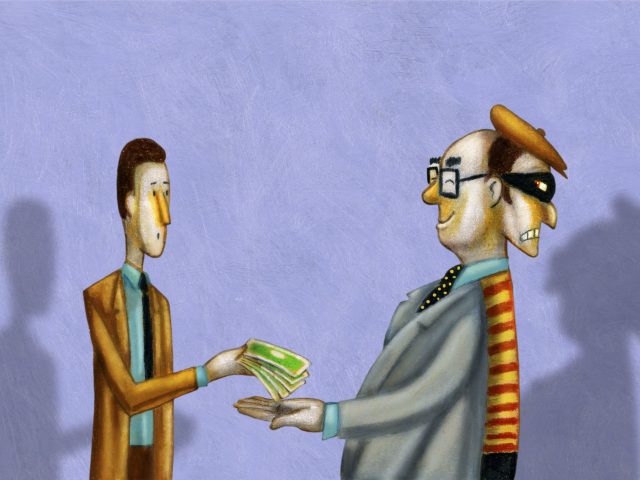 According to two different academic studies, “99% of all Multi-level Marketing (MLM) distributors will lose money by participating and 84% of all profits get sent to the top 1% of the distributor chain”. However, many people in different parts of the world right now are still unaware of this and other realities about this marketing scheme which is still being patronized especially by many financially desperate people in the poor countries. Ironically, even though MLM is clearly just a pyramid scheme with a product, it is still perfectly accepted by governments and other social institutions around the world.

“While anyone can get involved with network marketing, there are certain groups who are more likely to sign up.  Direct Selling Association research estimates that 74% of the people working in direct sales are women. Reps specifically target stay at home moms, college students, military wives, and retirees. Nearly half of the people surveyed were either 35-44 or 45-54.”

In most cases, people think joining MLM is very easy and that all the promised rewards from their efforts can surely be harvested without other factors that could block successes and that needs to be considered. In worst cases, people mistakenly quit their traditional job, expecting to get rich in MLM for just a couple of months or a few years hustling. However, the result is that only those who are at the top, the so-called uplines, are the ones earning enough. Most MLM representatives that are desperate to recruit others for them to earn usually lie, sometimes even to themselves by convincing themselves that all their company’s claims are true no matter how ridiculous. In addition, many of these people also claim that people who are complaining against MLM are just bitter persons who didn’t succeed. The truth is, they’re not. According to cheatsheet.com:

“A lot of anti-MLM sentiment comes from former consultants who feel cheated by the companies they used to sell for. Many of these people lost their savings and wasted time promoting products that just wouldn’t sell. MLM companies and their reps are afraid that if prospects see the real facts – like the minuscule probability they’ll ever make any money – they’ll walk away. So they try to discredit anyone speaking the truth.”

As observed, one common way for MLM reps to sell products (or recruit members) is to organize social gatherings and party events. This can happen anywhere as long as the event can lure people with great free stuff, sometimes even with celebrities or other famous personalities that could surely attract interest to the public; the so-called influencers. Not known to many, the organizers for these MLM parties are only interested in getting more customers and distributors for the network company. This is the reason why some people are skeptical and even sometimes hostile to this kind of gathering or event as they think organizers are just taking the chance to make money by establishing fake relationships and acquaintances, pretending to be caring and helpful.

Another reason why people complain about MLM is that their products are overly expensive. People who are aware about other sources of these products shake their heads to the preposterous amount and benefits MLM representatives are claiming. If you look closely or when you order online for example, you will see that MLM products are not so much different from other brands, sometimes even with poorer qualities, yet its prices are way up higher. This is because this is where MLM companies get their profit. By overpricing, they can keep the “pyramid system” going by distributing the “rewards” taken from the excess profit. In the end, the ones at the top benefit the most while the ones below pay too much during entry.

But why do these companies choose MLM? According to alentedladiesclub.com:

By selling products using direct sales, companies can avoid some of the more stringent regulations products need to pass, and save money on advertising and commission. They rely on the fervent loyalty of their reps (and sunk cost fallacy keeping some of their doubting reps loyal), and let them invest their own time, money and effort, and do their sales job for them.”

Another truth people must hear is that “it’s not true that joining network marketing can make you an entrepreneur”. This is an obvious deception as MLM is still direct sales; meaning that there are already existing products that you absolutely no say about! From the design to the developing to the manufacturing and to the profit, you cannot be part of the decision making and that you only receive a very small fraction of money. That is straightforward fact! Your profits just depend on your ability to sell (and to buy) the products.

The last thing people need to know is that many MLM companies received multiple lawsuits and legal complaints. Reports of allegations ranging from money fraud, “intentionally deceptive marketing, and pyramid schemes”. Because of this, many MLM companies are now being investigated and exposed by citizens all over the world. That is why it is important that people should do some research on the internet about MLM and inform others as well so that many will be aware and not fall victim to this kind of scam.