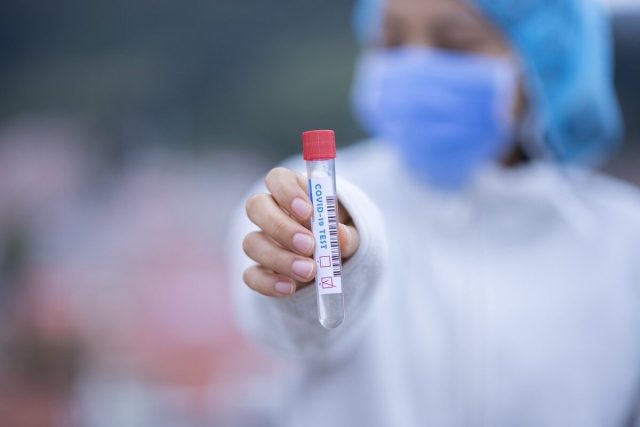 The saddest tragedy that is happening right now is that for sure there is a massive starvation in many parts of the world due to their government measures, which have been obviously forceful, based on results from inconsistent schemes and protocols, accordingly, aiming to control the spread of the alleged virus. These protocols, of course, were directed none other than by the World Health Organization (WHO) and are seemingly unchallenged because of the protection of the biggest mainstream media which are actually lapdogs of the most enthusiastic stakeholders of this so-called new normal; a social norm which also appears to be an experimental social game.

To give you an idea, these are the elites owning or controlling major industries, especially in the finance and banking and in the pharmaceutical and chemical manufacturing operating on a global scale such as Merck, GSK, Monsanto, Bayer, etc. These are the stakeholders of the new world order, as other puts it. So obviously, these are also the main organizations that are influencing and driving the WHO’s funding; veering towards whatever suits their interests even if it means genocide.

But in a closer look, the methods these organizations use usually failing. Their tools are usually making their plans and their operations unsustainable and indefensible. No matter how media lies cover their holes, their inconsistencies still captures attention, showcasing to the masses their own supposedly hidden sinister intentions. For instance, let’s take a look at the issue of RT-PCR test. For example, the BMJ, “one of the world’s top five most cited general medical journals”, issued a paper entitled “Rapid roll out of SARS-CoV-2 antibody testing—a concern”, this is what they stated:

“The RT-PCR test also appears to have its problems. Its inventor, Kary Mullis, who received the Nobel Prize for inventing the PCR manufacturing technique, is reported to have said that it was for research purposes only and not for medical diagnosis. An 80% false positive rate was reported from China in March 2020 (4).

A manufacturer of the, ‘SARS-CoV-2 RNA, Qualitative Real-Time RT-PCR (Test Code 39433)’ states in the package insert, “The agent detected may not be the definite cause of disease”. ‘Limitations’ include: “Negative results do not preclude SARS-CoV-2 infection and should not be used as the sole basis for treatment or other patient management decisions.”

In addition according to the inventor, the intended use of the PCR was “to apply it as a manufacturing technique, being able to replicate DNA sequences millions and billions of times, and not as a diagnostic tool to detect viruses”. Therefore, declaring a pandemic based on PCR test is a very big mistake the WHO and these major profiteering medical organizations are committing.

“Moreover, it is worth mentioning that the PCR tests used to identify so-called COVID-19 patients presumably infected by what is called SARS-CoV-2 do not have a valid gold standard to compare them with. This is a fundamental point. Tests need to be evaluated to determine their preciseness — strictly speaking their “sensitivity”[1] and “specificity” — by comparison with a “gold standard,” meaning the most accurate method available. As an example, for a pregnancy test the gold standard would be the pregnancy itself. But as Australian infectious diseases specialist Sanjaya Senanayake, for example, stated in an ABC TV interview in an answer to the question “How accurate is the [COVID-19] testing?”:

“If we had a new test for picking up [the bacterium] golden staph in blood, we’ve already got blood cultures, that’s our gold standard we’ve been using for decades, and we could match this new test against that. But for COVID-19 we don’t have a gold standard test.”

“Jessica C. Watson from Bristol University confirms this. In her paper “Interpreting a COVID-19 test result”, published recently in The British Medical Journal, she writes that there is a “lack of such a clear-cut ‘gold-standard’ for COVID-19 testing.” But instead of classifying the tests as unsuitable for SARS-CoV-2 detection and COVID-19 diagnosis, or instead of pointing out that only a virus, proven through isolation and purification, can be a solid gold standard, Watson claims in all seriousness that, “pragmatically” COVID-19 diagnosis itself, remarkably including PCR testing itself, “may be the best available ‘gold standard’.” But this is not scientifically sound.

Apart from the fact that it is downright absurd to take the PCR test itself as part of the gold standard to evaluate the PCR test, there are no distinctive specific symptoms for COVID-19, as even people such as Thomas Löscher, former head of the Department of Infection and Tropical Medicine at the University of Munich and member of the Federal Association of German Internists, conceded to us. And if there are no distinctive specific symptoms for COVID-19, COVID-19 diagnosis — contrary to Watson’s statement — cannot be suitable for serving as a valid gold standard.”