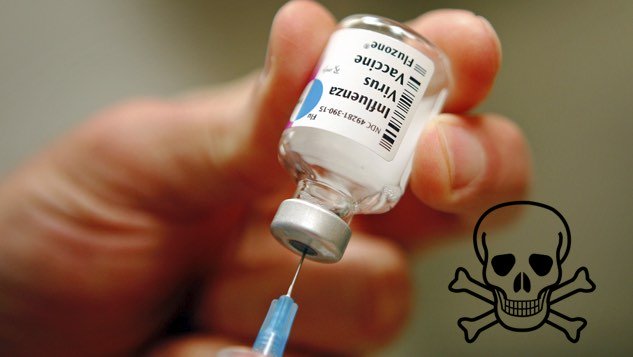 Unknown to many people around the world, many doctors and health professionals are against vaccinations because they are completely aware of the many problematic issues behind it. This is easy to understand given that vaccine ingredients contain toxic heavy metals and different sorts of human and animal DNAs and cell lines. Vaccination program has been around since the early 1800’s (or perhaps even before), though the old vaccination method was completely different from the ones we have today. Physicians use more brutal and dangerous method back then while today, the administering is easy but they add more dangerous ingredients. Before, the method is scarier: cutting the person’s skin then pouring toxic substances such as mercury, aluminum, and few other chemicals wrongly believed to be effective in curing or preventing diseases. Of course, many of the vaccinated children suffer worst long-term effects after the process and many also died even just after a few hours or days.

Since then, despite many refusal and opposition from many different places in the US, Asia, and Europe, vaccination program continues even though there was no proper study proving its safety and efficacy. Just like they cannot provide objective evidence about the validity of their claim that the thing they call coronavirus is the one causing the current alleged illnesses called COVID 19 and even the deaths they are recording as part of the constantly rising cases, the World Health Organization (WHO) and the Centers for Disease Control and Prevention (CDC) officials are admitting they have no real studies proving vaccines are safe and effective. In 2018, circleofmamas.com reported:

“There is corruption, laziness, and error in every facet of politics, industry, and government–and the CDC and Big Pharma are no different. The HHS even admitted (after they were sued) they haven’t performed a single “Mandate for Safer Childhood Vaccines” bi-annual report for Congress that they were required to do starting in 1989 as part of ongoing vaccine safety, which would be especially important to do, since the pediatric vaccine schedule has quadrupled in the past 30 years. Vaccine safety should be ongoing right? These are babies we are talking about. Otherwise, it’s just another science experiment.”

The main reason the general public don’t hear about these doctors, experts, and whistle blowers is that major information sources, the big pharma controlled dominant scientific journals and the biggest mainstream media, are not covering and catering their studies and stories. In Youtube alone, many of these videos from doctors who speak out are being taken down or deleted. And if you search on Google, you’ll not easily find them. The voices of these professionals are being silenced, twisted, and censored. Those who speak up are being demonized and maliciously presented to the public; let alone ostracized and institutionally punished, using the power of money and influence while those who advocate vaccinations are financially rewarded and being portrayed as heroes and saviors of the people, sincerely working to fight illnesses. This is how big pharma’s power work and continues to deceive the public. Worst, some doctors who are against vaccination, especially the holistic and naturopathic doctors, are even murdered.

Anyway, here are the voices of doctors and health experts speaking against vaccination compiled by jchristoff.com (Jason Christoff):