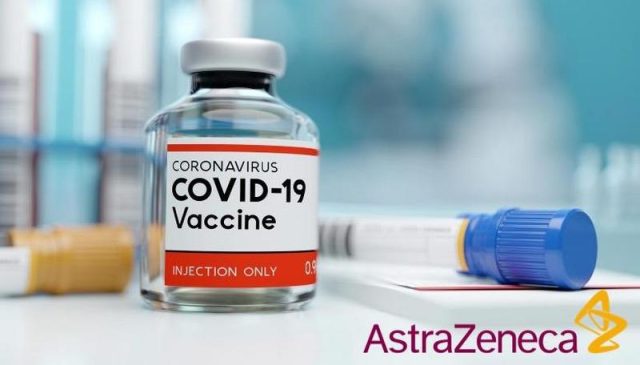 Dangerous substances such as mercury, aluminum, formaldehyde, latex, MSG (monosodium glutamate), and combinations of anti-biotics are some of the ingredients manufacturers put in their vaccines. One of the reasons why these companies have no problem putting this is because they are protected by the law, the National Childhood Vaccine Injury Act (NCVIA). Established in 1986, NCVIA is “a no-fault compensation program to stabilize a vaccine market adversely affected by an increase in vaccine-related lawsuits and to facilitate compensation to claimants who found pursuing legitimate vaccine-inflicted injuries too difficult and cost prohibitive”. In other words, they made themselves immune and exempted from liabilities.

In addition, not so known to many is that vaccines also include cells and genetic agents from aborted human fetuses and DNA samples from animals. These are the things that are being injected to children / people and the sad thing is, almost nobody ask why this is perfectly legal. In 2017, sonorannews.com reported:

“Since 2008, Sound Choice Pharmaceutical Institute (SCPI) has been doing research to determine what is causing so many DNA breaks and mutations in children. Addressing DNA mutations, they wrote, “Have we created the perfect storm for DNA breaks, mutations, and regressive autism in our children? In 1979 we started injecting our children with vaccines that are contaminated with human fetal DNA fragments and a retrovirus, and autism began to rise. Then we added more jabs with aborted fetal vaccines and thimerosal, which can also cause DNA breaks, to vaccines in 1988, and autism rose more. Then in 1995, we added much more aborted fetal DNA contaminants to the chickenpox vaccine, and autism really rose. And now we have children born to older dads who have sperm with very breakable DNA. Aborted fetal contaminated vaccines plus thimerosal plus older dads result in more DNA breaks, thus more de novo mutations, in our children.”

How come the governments are allowing this to happen? Well one reason is that big pharmaceutical companies owned by the richest people in the world, the same people who control the World Health Organization (WHO), are more politically powerful (apparently) than politicians. As recorded in Open Secrets, a group that reports government funding and election campaign money, these people put millions of dollars on every election, ensuring that politicians serve their interests and in return, allowing them to gain more profit. This profit, however, has dire consequences to many patients around the world which are the ones suffering from the serious side effects of their toxic drugs. In 2019, Open Secret reported:

“Drugmakers have spent more than $129 million through September, slightly down from nearly $133 million at this time last year, but still far more than any other industry. The larger pharmaceutical / health products industry, which includes medical devices and dietary supplement companies along with drugmakers, spent $228 million through the third quarter of 2019, a record-breaking pace that is up $10 million from this time last year.”

If you research about iatrogenesis, the causation of damaging effects by any medical activity, including diagnosis, intervention, error, negligence, and even proper prescription, you will find out that it is the third leading cause of death in the US and Britain alone. So basically, these patients died from the so-called treatment and not from their illness (see globalresearch.ca’s report below).

In the Philippines, as of this year there were already 155 Dengvaxia dead victims confirmed by the Public Attorney’s Office (PAO) forensic team. Dengvaxia is a vaccine for dengue; created by Sanofi Pasteur of France. The last confirmed victim, a 14 year old boy who died just this month of July, was declared on his death certificate to have died of leukemia. PAO’s forensic team’s findings observed that “victims had common pattern of history, signs and symptoms after mass indiscriminate vaccination”. This was also done “without informed consent and with no diagnostic test”.