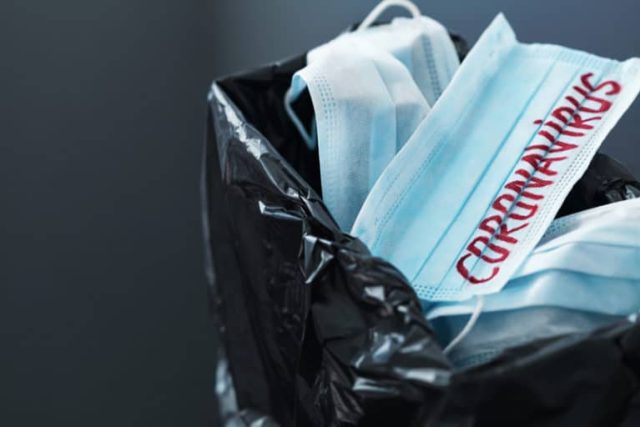 On early August, LifeSiteNews from Washington, D.C. reported that Dr. Robert Redfield, the Centers for Disease Control & Prevention (CDC) director in the US, acknowledged in the congressional testimony that the hospitals are getting incentives from inflating COVID death counts. Redfield told the House Oversight and Reform Select Subcommittee on the Coronavirus Crisis:

“I think you’re correct in that we’ve seen this in other disease processes, too, really in the HIV epidemic, somebody may have a heart attack, but also have HIV — the hospital would prefer the [classification] for HIV because there’s greater reimbursement.”

“When it comes to hospital reimbursement issues or individuals that get discharged, there could be some play in that for sure.”

This red flag, however, is not a warning for the US alone but instead, to the whole world. It’s hard to accept but it’s already happening; “bad players” in the medical establishment acting irresponsibly, comfortably enriching themselves without guilt to the future outcomes of their actions; with pockets deepening from the fruit of dishonesty and even leading to a conscious act of harm to others. Sadly, most of these corrupt healthcare officials don’t see the problem in sacrificing patients to the big pharma for the sake of their limitless satisfaction.

In the Philippines for example, a city Governor has been publicly questioning the country’s “COVID narrative” and the state’s health insurance agency (PhilHealth) on its tolerance to anomalies and alleged corruption amidst the COVID crisis and even beyond. Governor Gwendolyn Garcia of Cebu City told the local reporters about the growing numbers of anecdotal complaints from different people regarding how the hospitals, in cahoots with PhilHealth allegedly, are faking deaths for COVID to channel money, according to what the governor is claiming, through the packages arranged between the patients and PhilHealth.

Governor Gwen Garcia claimed that the trick is being done through swabbing individuals and diagnosing them as positive, including the tests that were conducted after their death. As examples, the governor described the case of a man who died from a motorcycle accident and a woman who died from heart attack; both recording as COVID death. Even though many people hear these kinds of stories in the country, no committee yet is officially investigating this as of now. Perhaps, that’s one of the reasons why many of today’s so-called COVID death in the Philippines are still questionable. The governor then said:

“Here it is now (the name of the person), if anyone wants to investigate. It’s here. The swab result was negative but PhilHealth was still paid 140,000 Php.”

The governor stated that this so-called “probable” COVID case cost 140,000 Php budget in PhilHealth and if it is “COVID positive”, it would be 200,000 Php, and then if it is so-called “critical”, then it would cost 700,000 Php in PhilHealth. She also said reports came to her that because of this bargaining, the families are usually left with no choice but to agree to have the cause of death declared as COVID so then they won’t have to pay the hospital bill anymore since PhilHealth “will shoulder the COVID case”. Though in reality, this is shouldered by and at the expense of the poor honest and hardworking contributors.

On the other hand, LifeSiteNews continued to write:

“The federal CARES Act, the $2-trillion emergency relief package Congress passed in March, increases per-patient Medicaid reimbursements to hospitals by 20% for patients listed with a “principal or secondary diagnosis of COVID-19.”

Could this be one of the reasons why there are also many rumors of rampant inflation of COVID cases and deaths in the US hospitals? No one can deny this very likely possibility. Of course, awful bad actors and crooks from insurance agencies are not the only problematic “trash” we can see on the way. The testing itself is another major stupidity in this fiasco orchestrated by none other than the elites and the biggest pharma which control the World Health Organization (WHO) and its directives that pump more money back to them using, of course, the power of “Big Ttech”. It is valid, indeed, to say that the mess they are maintaining right now is totally going way out of control and no matter how fast they can cover things up with piles and piles of lies and ridiculous fake news, the truth still reaches the public and the unveiling of their plans still goes on to be exposed daily.

Because of this, the awakening of the masses to this issue has happened on an unprecedented scale. No one can take this kind of abuse anymore; for many, this is absolutely unacceptable. For example, on June, nymag.com published a piece about the many proven uncertainties regarding the test. James D. Walsh wrote:

“As testing ramps up nationwide, so has concern over inconclusive test results. From Atlanta to El Paso, patients have been admitted to hospitals soon after testing negative for COVID-19. A 39-year-old COVID-19 patient near Los Angeles needed to be put on life support after testing negative even as he gasped for air in the emergency room. A man in San Francisco, who had been a passenger aboard the Diamond Princess cruise ship, took more than a dozen tests, the results alternating between positive and negative. General confusion about the accuracy of COVID-19 tests has sowed skepticism even in the medical community.”

Then, he also proceeded to write:

“In March, Spain ordered 640,000 tests made in China only to discover the kits had a detection rate of 30 percent. In April, the U.K. canceled an order for 4 million kits from China after researchers at Oxford University found them to be inaccurate. In the U.S., skepticism spiked when NYU Langone Health released the results of a small, yet-to-be-peer-reviewed study that found Abbott Laboratories’s ID NOW, a rapid testing machine used in the White House and touted by the president at a Rose Garden press conference, may be wrong as much as 50 percent of the time.”

So with all of these mess and corruption being admitted now by the mainstream media, how can really people get to trust the CDC, the WHO, and their local public health agency anymore in the issue of global health as a whole?

“I just hope that we will all be very truthful and honest about things. Let’s have not our own agenda on this.”