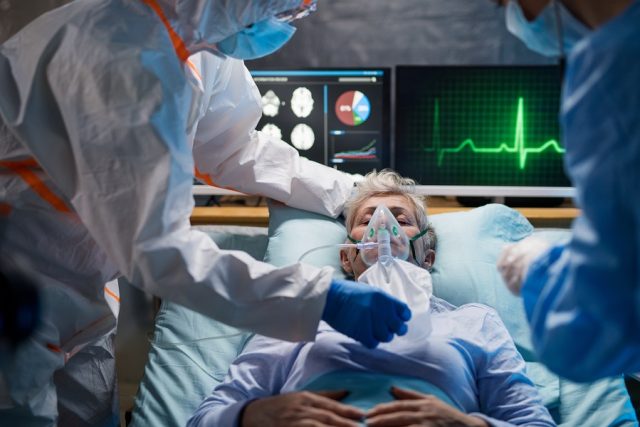 In late July, the Alliance for Human Research Protection reported regarding Dr. Meryl Nass’ discovery regarding an experimental effort toward purported COVID 19 patients using the controversial anti-malaria drug Hydroxychloroquine. This experiment, according to the author Vera Sharav, is “government-sponsored” that were “were designed to kill severely ill, Covid-19 hospitalized patients”.

The report said that Dr. Nass first uncovered this “massive high toxic doses” experiment on the 14th of June 2020 and that it was said to be “four times higher than the normal amount” being given to severely ill patients in the intensive care units (ICU).

According to the article:

“Solidarity was being conducted by the World Health Organization (WHO), on 3500 Covid-19 patients at 400 hospitals, across 35 countries. The trial was suspended following the fraudulent Surgisphere report in The Lancet that claimed 35% higher death rates in patients receiving Hydroxychloroquine. But when The Lancet retracted the report, the WHO resumed the Solidarity trial. More than 100 countries expressed interest in participating in the trial. Recovery experiment used very similar doses. It was sponsored by the Wellcome Trust (GlaxoSmithKline) and the Bill and Melinda Gates Foundation and the UK government. The experiment was conducted at Oxford University, on 1,542 patients of these 396 patients (25.7%) who were in the high dose Hydroxychloroquine arm, died.”

It also discusses about the how the study is targeting patients who are in the critical condition, administering different combinations of strong medications even with contraindications which unfortunately caused severe reactions and side effects to the vulnerable individuals already suffering from all sorts of comorbidity. The report continued:

“On Friday, June 19th, Dr. Nass uncovered a third, “Even Worse” hydroxychloroquine experiment. REMAP targets patients who are on a ventilator, or in shock – i.e., near death. Such patients are hardly capable of giving consent. Rather than attempting to save their lives, they are being used given multiple high doses of hydroxychloroquine and other drugs whose combination is contraindicated. This is an ongoing medical atrocity being perpetrated by medical doctors at 200 sites in 14 countries: include: Australia, Belgium, Canada, Croatia, Germany, Hungary, Ireland, Netherlands, New Zealand, Portugal, Romania, Spain, United Kingdom, and the United States of America. Since all medicines are potential poison at high doses, why one wonders, are influential academic physicians and international public health institutions designing and conducting experiments that expose extremely vulnerable patients to poisonous levels of the drug Hydroxychloroquin?”

“An early trial by the iconoclastic microbiologist Didier Raoult reported astonishing success, but his claims crumpled under closer examination. A major U.S. study also indicated benefits, but it wasn’t a randomized controlled trial; critics, including Dr. Anthony Fauci, have highlighted its serious methodological flaws. Other large high-profile trials have failed to find evidence that the drug helps. These findings were conclusive enough that the National Institutes of Health halted a clinical trial and the Food and Drug Administration revoked emergency use authorization for hydroxychloroquine. Tragically, another major study reported that hydroxychloroquine actually harms patients, and it led researches to halt trials for safety reasons. The study appears to have been deeply flawed, and it was ultimately retracted amid allegations of serious data irregularities.”

Another question here is that: why there is a great divide when it comes to this issue? And until these alarming claims regarding hydroxychloroquine are cleared and settled, everybody must bear in mind that patients are not lab rats and therefore it is very important for experts to not conduct medical actions which have serious irreversible consequences. Although with the amount of money rumored to have been used to bribe hospitals and politicians, as alleged by hundreds of people from all walks of life, meaning not only health workers, one would supposed it would be very challenging to prove the opposite of the narrative.

Speaking of experimental therapy, another post by a naturopathic doctor (whom name we must hide to protect her identity) is now also raising disturbing questions in social media and seeking public scrutiny, with the help of government agencies themselves to really monitor what is happening behind the curtains and smokes screens of hospitals. Posted last week, it is gaining interest and was entitled “How Hospitals are Murdering Patients and Calling it a Covid Death”. Here are the following details which clearly deserves investigation:

“In the COVID ICU they use medications like vecuronium to completely paralyze your muscles so they can control every aspect of your breathing. So now you are paralyzed but they don’t want you paralyzed while alert and awake, that would be inhumane. So they add at least 2 sedation medications. One is usually propofol (the one linked to Michael Jackson’s death) and the other is fentanyl (the one linked to so many opioid overdose deaths). Of note, all these medications usually go on an IV, but not on your arm like they would do in the emergency room, they put IVs right into your jugular.

But hey, all this sedation also lowers your blood pressure and you need an adequate pressure for blood to reach your vital organs, like your kidneys, you don’t want kidney failure. So now you are on another medication called levophed to keep your blood pressure up. But being on all these medications while completely unable to move and with a tube down your throat… where do you get your nutrition from? So they put another tube down into your stomach, and put another tube in your urethra to make sure you are urinating.

Meanwhile your muscles are wasting away from being paralyzed, you are at an insanely high risk of infection because of all these tubes and IVs in places where they don’t belong, your skin can breakdown due to prolonged contact pressure from being paralyzed, and you can develop heart rhythm irregularities as side effects of these medications, which now puts you at an increased risk of cardiac arrest and dying.

So when you are considering stepping foot into a hospital, think of the patients completely paralyzed, alone, sedated and fighting for their lives.”