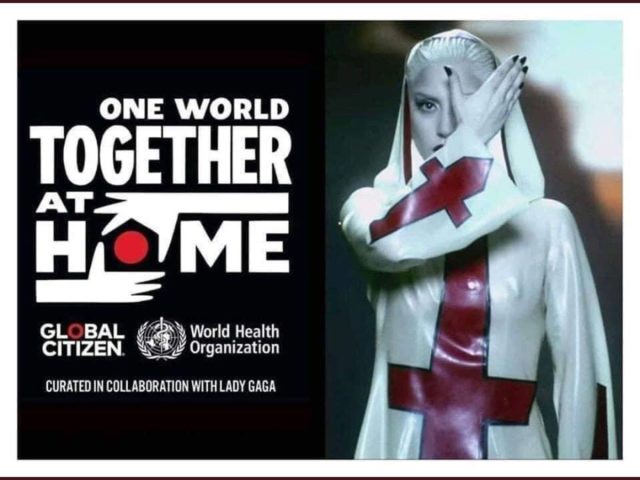 As the World Health Organizations (WHO) faces heavy criticisms for various faults, including bribery, negligence, and even implication to the alleged crimes against humanity (genocide) committed by one of its major funders, the Bill and Melinda Gates foundation and its “partners” in the pharmaceutical industries, it signed $135,000 contract with the company called Hill + Knowlton Strategies “to reach out to influencers of all genres, including celebrities with more than 1 million followers on social media”. This information was disclosed through a Justice Department document, under the Foreign Agents Registration Act, “which requires the disclosure of lobbying and PR work by U.S. companies working for foreign entities”.

This major action of reaching out to huge PR company for finding celebrity influencers to fight the “negative publicity” and probably peddle its big pharma propaganda is expected to boosts the agency’s public image again amidst the chaos, disappointment, suffering, and its overlooked global economic damage. This is a tactical action from the agency since its public appeal on the mainstream has plummeted when, again, it completely committed crass errors in the management of the so-called coronavirus crisis. Since early this year, the organization has been reported countless times in numerous independent media channels in the internet not so much for positive news but mostly for scandals not only under the current directives of Tedros Adhanon but also including the previous regimes. So now they tried another trick using big names such as Lady Gaga and Elton John so of course, the stakeholders are looking forward on its great victorious impact which will, as always, maintain the “official story” and grow the profit months from now.

Admitting to this global social disgust itself, the document reveals how the WHO outlined this on the proposal:

“There has been criticism and assertions leveled against the World Health Organization (WHO) and media coverage that could undermine WHO as a trusted and critical information source on global public health issues. (The objective is to) ensure there is trust in the WHO’s advice and that public health guidance is followed.”

Aside from hiring celebrity influencers who have huge niche in the commercial societal arena, there are also called “microinfluencers” – those who have smaller followings, people who are not so known but also play important social and institutional roles, especially doctors and other kinds of experts who appear on media programs, news reports, etc.

“The WHO already has a slew of celebrity allies, some of whom participated in a benefit concert in April to raise money for the organization as well as coronavirus relief around the world. Stars who took part in the virtual concert included Lady Gaga, Taylor Swift, Elton John, and late-night comedy hosts Jimmy Fallon, Jimmy Kimmel and Stephen Colbert.”

It was also reported in other outlets that “the Gates Foundation has pumped more than $2.4 billion to WHO since 2000. This allowed them so much power to influence global health agenda, imposing their own priorities instead of the WHO itself. According to critics, this is the main reason why the WHO always messes up and creates chaos with disastrous consequences. For example, the famous Bulgarian pathologist Dr. Stoian Alexov stated just earlier this month that the WHO seriously puts global health on perils through its authoritarian approach and baseless claims which run contrary to science and proper protocols physicians and experts used to follow. Complaining about the dictates and pressures put by WHO on health authorities about the COVID-19 matters, the President of the Bulgarian Pathologist Association Dr. Alexov said:

“That’s quite stressful for us, and for me in particular, because we have protocols and procedures which we need to use. And another pathologist 100 years from now is going to say, ‘Hey, those pathologists didn’t know what they were doing [when they said the cause of death was COVID-19]!’ So we need to be really strict with our diagnoses, because they could be proven [or disproven], and they could be checked again later.”