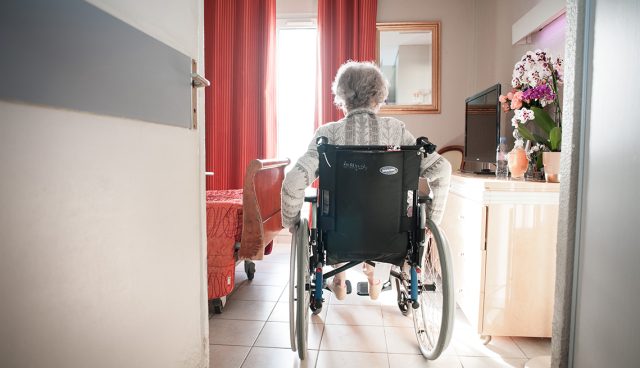 In one of the latest articles by Jon Rappoport entitled “Soylent Green is people; COVID-19 is old people”, he explored how the current crisis operation is specifically targeting elderly people in nursing homes to use their death for inflating COVID fatality data. He compiled news headlines and reports from mainstream publishing while raising perspectives about how the crisis drivers maintain the official pandemic narrative, therefore, maintaining fake numbers for various motivations behind including, of course, huge profit. This, however, shows a very sad and unfortunate situation where so-called authorities and officials trusted by the people themselves in the issue of health are usually the ones more concerned on profit and the economic aspect only; even at the expense of the old people.

“Memo to financial investigators: Calculate how much money government and private insurers are saving, because they don’t have to keep paying for the long-term care of all the old people who are dying premature deaths in nursing homes. The money number will be staggering.

Tony Fauci knows the con. He knows COVID-19 is old people. But he’s busy giving advice to the NFL and Major League Baseball about how to play their seasons, while people are dying from the fear he promotes. Fauci has no shred of shame. He’s a mouthpiece turned out by Bill Gates and David Rockefeller.”

He also went on to site the “huge number” of elderly who died only staying at home, already weak and vulnerable from comorbidity, bombarded with media fear, having a constant notion of this deadly disease that can “stay alive” in the air or on surfaces for hours and if on the right time, meaning following the protocols the scam peddlers are setting, it will strike and infect. He brilliantly pointed out how the fear mongering COVID authorities, with the help of the media, are doing everything to perpetuate the propaganda and paralyzing lies that accompany the lockdown and which have caused the death of thousands or even millions of elderly people around the world; including the ones “put on breathing ventilators and heavily sedated”.

As of May 22, Forbes reports that, “…in the 43 states that currently report such figures, an astounding 42% of all COVID-19 deaths have taken place in nursing homes and assisted living facilities.”

Washington Post, May 18: “The World Health Organization said half of Europe’s covid-19 deaths occurred in such facilities.”

The Guardian, May 16: “About 90% of the 3,700 people who have died from coronavirus in Sweden were over 70, and half were living in care homes, according to a study from Sweden’s National Board of Health and Welfare at the end of April.”

“Spain—The country was shocked at the end of March when the defence minister revealed that soldiers drafted in to disinfect residential homes had found some elderly people abandoned and dead in their beds.”

“…the regional governments of Madrid and Catalonia have been publishing their own figures on people who have died in care homes from the virus, or while exhibiting symptoms consistent with it.” [AKA, absurd eyeball diagnosis]

“In Madrid, the total for Covid, or suspected Covid, deaths since 8 March stood at 5,886 on Thursday. In Catalonia, it was 3,375. Between them, care home deaths in the two regions account for more than a third of all the coronavirus deaths in the country.”

And there was a great deal of early warning on the subject, if anyone from public health agencies wanted to pay attention—The Guardian, 13 April: “About half of all Covid-19 deaths appear to be happening in care homes in some European countries…Snapshot data from varying official sources shows that in Italy, Spain, France, Ireland and Belgium between 42% and 57% of deaths from the virus have been happening in homes, according to the report by academics based at the London School of Economics (LSE).”

He then also wrote this:

“As I covered in my article two days ago, open-source press reports reveal the “excess mortality” of 2020 is largely the result of elderly people dying in nursing homes. This has nothing to do with a virus. It has to do with patients who are ALREADY on a long downward health slide—then hit with the terror of an arbitrary and fake COVID-19 diagnosis, and then isolated and shut off from family and friends—in facilities where gross neglect and indifference are all too often the “standard of care. Death is the direct result. The managers of pandemic information tell the big lie. They spin tales about “the virus” having a greater impact on the elderly. No, the STORY about a virus has the impact. The terror has the deadly impact. The isolation has the deadly impact. To an astounding extent, COVID-19 is a NURSING HOME DISASTER. Mass murder by cruelty.”