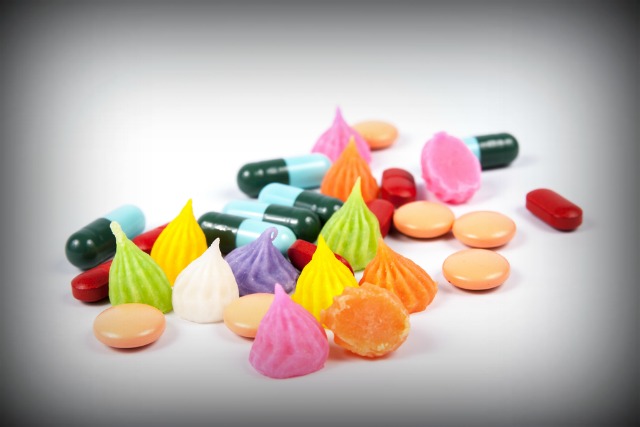 Asked about why many parents are very vulnerable and easily accepting the labels to their children given by psychiatrists in a diagnosis, or the many myths put out by so-called “mental health experts”, who in turn makes them susceptible to marketing strategies by big drug companies, this is what Dr. John Breeding answered:

“Because, unfortunately, most adults buy into whatever is promoted by the presumed experts. They don’t question authority figures and so-called science. One of my favorite sayings, from American humorist Josh Billings, is, “It’s not that people don’t know anything, it’s that they know so many things that ain’t so.” People tend to be conditioned by their culture. And our culture these days, with its emphasis on consumerism, on competition, on compulsive busyness, makes it easier to pop a pill than to change a lifestyle, a time schedule, a school – commitments that require hard work, deep thought and big sacrifices.”

“Also, people are influenced by propaganda. The drug companies, experts at marketing their products, have been targeting children as a growth market, since the 1980s. Keep in mind, too, that the educational system has become bosom buddies with the psychiatry profession, which in turn is allied to the pharmaceutical industry. It used to be that youths in school were not directed into psychiatric counseling until they were in their late teens. But now the main entry point into psychiatric diagnoses and treatment for a child is upon entry to elementary school! So it’s not hard to see how parents and educators have become comfortable with prescribing drugs to children.”

Indeed, the marketing propaganda for psychiatric drugs is very strong and effective. This multi-billion dollar industry which convinces people, including small children, that there is something terribly wrong with their minds has been profiting huge amounts of money through the use of deceptive advertising. This is why aside from sponsoring and providing great incentives to high-seller doctors, Big Pharma also pays billions of dollars in criminal and court battles because of their fraudulent marketing scheme. According to a report by drugwatch.com:

“In 2015, Big Pharma dropped a record-breaking $5.4 billion on direct-to-consumer (DTC) ads, according to Kantar Media. And it paid off for Big Pharma. The same year, Americans spent a record $457 billion on prescription drugs. The U.S. and New Zealand are the only countries where DTC is legal. Americans also pay more for drugs and devices than any other country. The bulk of these ads appear on TV at a rate of 80 ads per hour of programming, according to Nielsen. Behind the drug and device ads saturating TV, radio and digital media are hidden costs and devastating side effects that companies don’t advertise, and critics say the ads drive up drug prices and erode the patient-doctor relationship.”

The report also added that Big Pharma companies also do this supposed to be illegal or unethical strategy:

“Companies spend billions more on getting doctors to write prescriptions for their expensive brand-name drugs or devices for uses not approved by the Food and Drug Administration — a controversial practice called off-label marketing. The darker side of pharma marketing involves creating clinical trials aimed at influencing doctors and educational courses to showcase expensive drugs for non-FDA-approved uses — even when there is no scientific proof of safety or efficacy.”

Currently, various groups such as Consumer Reports are still campaigning to expose these dirty strategies of Big Pharma to the general public. Others also help people see other options and possibilities such as non-medication and other kinds of natural treatment for various mental conditions. This is because ads “often promote more expensive options, not the best or safest.”

To elaborate this here is more drugwatch.com report:

“According to Consumer Reports, many drug ads are misleading and could encourage patients to seek expensive treatments. It sides with the AMA and ASHP in favor of a ban on DTC. The nonprofit organization cited a 2014 review published in the Journal of Internal Medicine. The data revealed 57 percent of claims in 168 drug ads were potentially misleading and 10 percent were entirely false. Drug companies tend to pour the most money into advertising newer, more expensive drugs. Consumer Reports published a review of some of the most popular drugs, including costs, risks and benefits. According to the report, newer isn’t always better. All the benefits portrayed in these colorful TV commercials mask hidden side effects and costs the drug companies don’t advertise.”

Meanwhile, in 2016 Kelly Patricia O’Meara, an award-winning former investigative reporter for the Washington Times’ Insight Magazine and author of the highly acclaimed book “Psyched Out: How Psychiatry Sells Mental Illness and Pushes Pills that Kill”, wrote an article about the so-called “candy pills” that was published by CCHR International. She reported:

“The potential short and long-term profits associated with direct-to-children-candy-coated-pill marketing will certainly increase what many already believe are ADHD drug prescriptions at epidemic levels. For instance, according to IMS Health Vector One National Database for 2013, nearly four-and-a-half million kids between the ages of 0-17 were prescribed ADHD drugs and, of those, 188,899 were zero to five year olds—essentially toddlers and preschoolers being prescribed “dangerous” and highly addictive drugs. Moreover ADHD “treatments,” such as Ritalin and Adderall, are federally controlled substances and come with 44 warnings from eight countries, including the U.S., United Kingdom, Canada, Japan, Australia, New Zealand, France and Singapore, citing heart and cardiovascular problems, mania/psychosis, hallucinations, depression, violence/hostility/aggression, seizures, anxiety, addiction or dependence, suicidal ideation and even death.”

The U.S. Drug Enforcement Administration classifies ADHD drugs as highly addictive as morphine, cocaine, and opium. It also “carry more than 44 international drug regulatory warnings citing side effects of mania, psychosis, hallucinations, drug dependence and even death”, according to O’Meara.  And, one example of this kind is Adzenys. Manufactured by Neos Therapeutics, this is what O’Meara wrote about this addictive candy drug:

“Adzenys is the first of the candy-like ADHD drugs that actually dissolves in the mouth. This cocaine-like “treatment” was approved by the Food and Drug Administration (FDA) in January for children ages 6 years and older, and the chewable, fruity-flavored drug comes in a convenient blister pack for easy pop-in-the-mouth-and-go “treatment.” Sounds so very Mary Poppins-spoon-full-of-sugar, but what’s the downside to the candy-flavored drug? There are many. According to the drug label, just psychiatric adverse reactions for Adzenys include: “CNS stimulants, at recommended doses, may cause psychotic or manic symptoms, e.g., hallucinations, delusional thinking, or mania in patients without prior history of psychotic illness or mania.”