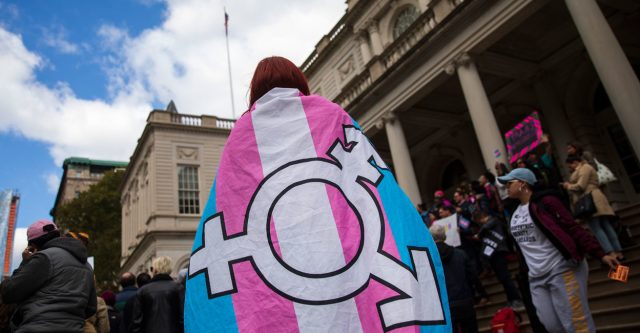 “Let’s be clear: to indoctrinate all children from pre-school forward with the lie that they could be trapped in the wrong body disrupts the very foundation of a child’s reality testing. If a child can’t trust the reality of their physical bodies, who or what can they trust? Transgender ideology in schools is psychological abuse that often leads to chemical castration, sterilization, and surgical mutilation. If that’s not child abuse, ladies and gentlemen, what is?”

This very powerful statement was from Dr. Michelle Cretella, a paediatrician for almost 20 years who is also the executive director of the American College of Pediatricians (ACP). A very audacious physician, she speaks about facts not so many doctors and health workers can talk about for the reason that they can get ostracized or even penalized in their own profession. Through her expertise, Dr. Cretella has been countering wrong and false science the transgender movement has been pushing for years. By doing this, she helped a lot of parents and children avoid tragic outcomes from the medical directions the so-called transgender movement is promoting; setting aside real science, ethics, and compassion.

Talking about the biological facts of how human body develops sex or gender, she said:

“Our bodies declare our sex. Biological sex is not assigned. Sex is determined at conception by our DNA, stamped into every cell of our bodies. Human sexuality is binary. Either you have a normal Y chromosome, and develop into a male, or you don’t, and you will develop into a female. There are at least 6,500 genetic differences between men and women. Hormones and surgery cannot and do not change this. Look, an identity is not biological; it is psychological; identity has to do with thinking and feeling. Thoughts and feelings are not biologically hardwired. Our thinking and feeling may be factually right or factually wrong.  “

Meanwhile, another doctor named Michael Laidlaw, an endocrinologist in Rocklin, California also articulated how the initiation of transgenderism happens from the psycho-social perspective. He explained that gender is not something we can identify in an objective way or test. For example, blood test or MRI imaging or any genetic testing to really point the so-called gender identity. All of these, according to Dr. Laidlaw, are subjective; meaning to say they are psychological. Yet, despite the warnings ahead on taking this direction, professionals, social influencers, entertainers, and even the culture in general are pushing our young people to accept and consider them normal part of the process; the so-called “gender affirmative therapy”. As Dr. Laidlaw explained it:

In addition, taking about the health consequences of puberty blockers, he said this:

“Puberty blockers are powerful hormones. They act on a small gland in the brain called the pituitary, and this controls the sex organs. For example, testicles make testosterone, ovaries make estrogen, and the pituitary controls that happening. Now these blockers stop this action and then whereas say a girl in age nine and continuing or beginning to develop in puberty and should continue on until full adult woman, it’s stopped. Once you stop it, there are various harms and problems that occur afterwards.”

On the other hand, Dr. Marian Rutigliano, an emergency medicine specialist who evaluates research on the human health effects of toxic chemicals, also talked about the unknown possible long-term effects of puberty blockers and how experts are disregarding these effects:

“Medicines are supposed to be based on evidence. We speak about evidence-based medicines. We speak about the art and science of medicine. You can’t take care of a patient without weighing risk versus benefits and I think in what’s happening with kids in terms of gender identity, the science is not there, and what is there is being disregarded. Are the long-term effects of puberty blockers and transition surgery known? Well, not really. The data is just not there. The research studies just aren’t there. A lot happens during puberty, the development of your body, the development of your mind. The harms are really in the long term and we know what some of the harms are. We know what those medications do. You can give Lupron to a woman with endometriosis or PCOS and we know that there’s going to be dangers to it because there are limitations on how long you can give those medications.  We know that there are going to be harms down the line, but those harms aren’t even known. We know there’s going to be problems with bone density because that’s what happens even when you take it when you’re supposed to. “