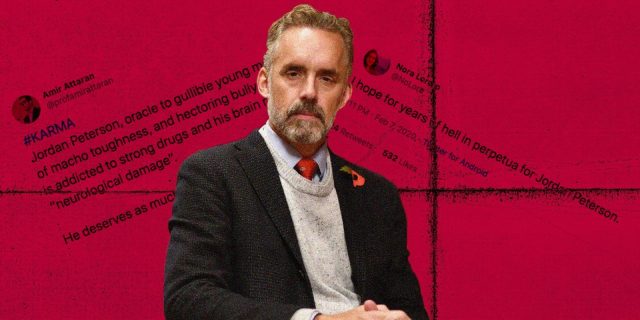 It’s interesting to see that most of the mental health organization today still trusts synthetic psychiatric medication as an option. Even In the many write ups that dominates the internet today, you will find mostly pushing or promoting psychiatric medication such as anti-depressants, anti-anxiety, and anti-psychotic drugs that the truly wise doctors and health experts have warned us about for decades. It makes you wonder, are these articles paid by big pharmaceutical companies? It has been two centuries already and yet the deeper motivation behind the actions of these powerful pharmaceutical elites is still the same; which, despite the public’s trust, also has zero compassion and no genuine consideration to the people’s health but instead, looks only through the monetary lens that also sustains their multinational corporate power. A sort of psychic vampirism, so to speak.

One paradoxical example is the case of Dr. Jordan Peterson, the now super famous evolutionary psychologist and philosopher who shook many foundations especially those which are rooted in socialist idealism or even those gearing toward post-radical Marxist socialism or post-modernist leftism, in the different social hierarchies from all across cultural and institutional structures especially in the US. The ultimate irony is, even though persons like him who has way deeper and wider perspectives and professional understanding on many vital social issues, from the abstract matters to physical application or praxis, the destructive power of the “mental institution” can still ravage through the pillars of your personal internal kingdom, metaphorically speaking. Jordan Peterson’s role, according to his many supporters, is vital in maintaining the institutional sanity in balance so that it won’t totally crumble down; like in the academic community for example.

So what happened is that last year, the Peterson family was positioned into a severely difficult situation which impacted a lot of aspects in their lives, both publicly and privately. Jordan Peterson has checked himself in to a rehabilitation center to help him cure his addiction to clonazepam, a Benzodiazepine by taking this program. This was explained by his daughter Mikhaila Peterson. While also traveling in other parts of Europe, the Peterson couple was experiencing a tremendous weakening health crisis which had almost devastated them both through morale and financial manifestation. This later has caused Jordan Peterson’s system to become dependent on the anti-anxiety medication.

Mikhaila Peterson explained it before during her September 2019 social media post. Again, imagine if this unfortunate situation can happen on a super intellectual person like Peterson, how about to the vast majority of people who can at least afford the medication but do not really have the capacity to critically think about things and what is happening around them? Benzodiazepine’s side effects include dry mouth, drowsiness, impaired coordination, and memory impairment. Brand name examples include Xanax, Klonopin, Valium and Ativan, often prescribed for panic attacks, anxiety disorders, and phobias.

Meanwhile according to the report by the insider.com:

“The dosage of the medication had been increased following his wife’s cancer diagnosis. Peterson (Mikhaila) said her father tried to seek treatment in North American hospitals, but his attempts were unsuccessful, adding he developed pneumonia.”

According to Mikhaila on the video:

“He decided to check himself into a place because he didn’t want to stress mom out, wanted to get off of this as quickly as possible, and honestly needs the medical help. After several failed treatment attempts in North American hospitals, including attempts at tapering and micro-tapering, we had to seek an emergency medical benzodiazepine detox, which we were only able to find in Russia. It was incredibly grueling and was further complicated by severe pneumonia.”

MIkhaila also said her father developed it during previous attempts to treat his dependency in North American hospitals, around 2016. She also mentioned her father spent around a month in the ICU and was really in “terrible shape,” though also assuring Jordan Peterson’s supporter that he was “OK and start recovering”.

The deeper we dive into this topic, the darker it gets as we can connect the dots of these impacts by this industry, seemingly almost untouchable that do not only keep the real cures and other practical technologies from the public access but also deliberately, as how it appears, and overtly sabotage the people’s safety buy attacking health and even the supposed mindset that would make a decision about these choices, in particular, the true freedom to manage our own health and well-being with relation to the future we visualize. To cut it short, Peterson, as unbelievable as it sounds, has also been victimized by the mental establishments or the psychiatric industry, whatever shape they are in formed,

What Mikhaila confessed next are these:

“Neither our family nor our doctors here believe this is a case of psychological addiction. Benzodiazepine physical dependence due to brain changes can occur in a matter of weeks. It can be made even worse by paradoxical reactions that are difficult to diagnose. It can be extremely dangerous. We’ve been told and hope that dad will recover fully but it will take time, and he still has a ways to go. We’re extremely lucky and grateful that he’s alive.”

Of course there are many different kinds of psychiatric medications. However, there are common side effects that come along with these synthetic, mostly toxic, pills that are obviously created to generate profit to the manufacturers endlessly. Some of these side effects are similar across different classes of psychiatric drugs. The goal should be, at least for all those who are still medicating, is to stop using it or them once and for all. Although this might seem ambitious or impossible to some, this is the ultimate goal to achieve as especially synthetic pills of any kind will not really spare your body from damage and even rot you brain in the end. So the best thing is, as always, to go natural. Although this might be painfully difficult process to some, just as like Jordan Peterson’s experience, we must always remember that we will get through all of these mess or battles with a celebratory enthusiasm in the end.

Always remember that psychiatric drugs side effects are serious, life-suppressing consequences as in physical and spiritual realm. If it turned out to be out of control, which is what usually happens, it will surely devastate your life and most probably those who are around you. Even withdrawal alone, for example, will require so much time and effort such as to identify and monitor reactions from a specific type of drug, or if the patient is multi-medicating, which specific drugs to be withdrawn. Also, professionals need to identify and monitor the emotional condition of the patient and also the recurrence of pre-medication problems. There are several areas that we can’t go more into details this time. In short, that aspect alone is not easy that’s why getting addicted must be avoided in the first place.

Meanwhile, according to Citizen’s Commission on Human Rights (CCHR), and organization that strongly opposes psychiatric drugs and mainstream psychiatry in general:

“Psychotropic drugs are increasingly being exposed as chemical toxins with the power to kill. Psychiatrists claim their drugs save lives, but according to their own studies, psychotropic drugs can double the risk of suicide. And long-term use has been proven to create a lifetime of physical and mental damage, a fact ignored by psychiatrists. Common and well-documented side effects of psychiatric drugs include mania, psychosis, hallucinations, depersonalization, suicidal ideation, heart attack, stroke and sudden death. Not only that, but The US Food and Drug Administration admits that probably one to ten percent of all the adverse drug effects are actually reported by patients or physicians.”

According again to Peter Breggin:

“The pharmaceutical industry and the psychopharmaceutical complex have used their combined authority, power and wealth to overturn the moral climate of America itself for the sake of power and profits. They have imposed upon Western society a faith in fake biological explanations, concocted diagnoses, and toxic drugs that do infinitely more harm than good. Even more millions of lives are being damaged and destroyed by years of exposure to shock treatment and drugs. In the process, they have compromised and corrupted the most fundamental human ideals of personal responsibility, personal growth, and principled living. They have ignored and rejected the truth that personal emotional suffering almost always grows out of trauma and loss related to our social relationships and ultimately to our capacity to love and be loved.”