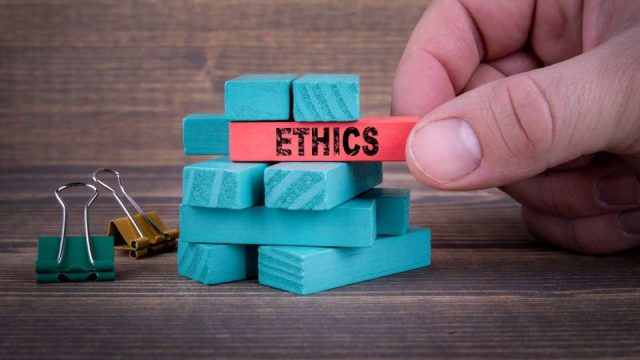 It is better to introduce early to children what is the importance of ethics and other related idealism or moral foundations in building or sustaining a society so that they will be attuned to the culture that creates more harmonious, respectful, and more caring and compassionate future society at the early stage of their lives. This would also allow them to have longer time to process, practice and experiment on what they’ll learn; while also, enable them to traverse in the opposite way from what will drag them into further blind servitude and often with nihilism and bleak vision.

Though today, things are rapidly changing and people who are waking up are multiplying faster than before, meaning that the number of spiritually inclined individuals opened into realities higher than our selves are increasing all the time. And one of the common ideas we must essentially put as moral compass or philosophical guidance is ethics. This speaks so loud and in some instances, even a person who doesn’t really believe or care about it does it anyway naturally. However, sad to say many individuals and institutions are also blindly following their unconscious, sometimes even moronic, predisposition in the dog eat dog world and just function as if thinking or higher visions and even night dreams are not anymore part of their mind-scape as humans. Sad indeed.

This is not only important in the aspects of work. Ethics, though presents itself in many forms, is the DNA of conducts and moralities we intuitively follow growing up as a naked ape with higher capacity to empathize and care for others in our society. We as Homo sapiens have come to the realm in which we can see things beyond the tangent or the material dimension, as if there is an invisible undefinable eye, and philosophy is one of the examples of this psychic evolution that enables us to rationalize and scrutinize our own desires and visions, whether knowingly or unknowingly. Unbelievably, the good side of us humans always prevail;

So just as DNAs, ethics and related human conduct should always be the building blocks of our societies. It is very essential to all aspects of our co-existence not only that it transcends into different aspects and if we as societies fail to follow and take care of this thing, we will never be that solid and high-functioning. Although in other aspects such as business, some individuals or institutions act in duality, taking advantage of its impact, usually to the gullible consumer society, through using this (the social impacts of their ethical projection)  as an advantage to push another agenda or even mischiefs either legally or illegally or covertly. Major health and pharmaceutical companies that also pretend as philanthropic institutions are some examples we can mention here.

Though sometimes, on the ground level, things or ideas become relatives and it would make it hard to change the reality or the culture of certain societies. There are many places in the world were things that are supposed to be harmful are seen as an integral part of the cultural tradition to continue. This might suggest we need the enlightened, informed perspectives from so-called “collective science”; talking about the fairest, the most unbiased facts. However, as always, science alone should never be thought as a foundation of our individual and collective decision because in many cases, science can be stripped off of compassion, empathy and love in general.

Besides the brutalities and barbarism of these cultures should not have a place in our so-called civilization of today. Just because one society or tribe considers harmful and pathological culture a healthy and essential one, doesn’t mean it’s true, no matter which kind of society it manifests. The truth is that some cultural practices are harmful and unnecessary. Though it doesn’t mean we must totally submit to all “foreign” standards and social conducts but it is undeniable that there is a universal connection between all of us humans when it comes to these things. Although, it is very complex to clearly demonstrate or describe all of this; the point is, there is a big part of morality and idealisms we as humans share about no matter which part we are in this planet. However, this doesn’t mean a kind of condemnation that punishes eternally but perhaps just a “rite of passage” into a paradigm that is way more elevating, virtuous, and open for potential transition.