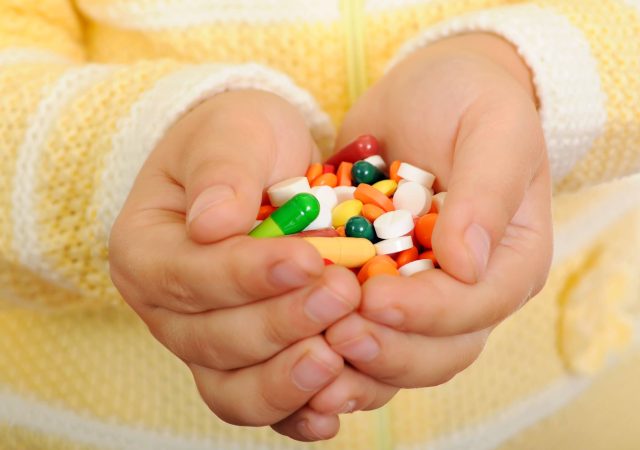 The drugging of our children and youth is one of the most serious and urgent issues of our time. Whether we accept it or not, it affects us in so many aspects of our social life; aside from the possibility of experiencing this tragedy ourselves, it couldn’t be plausible for us to continue a spiritually balanced society in the future anymore if this trend continues that’s why our young generations must be spared from this tragedy in their time, psychologically and of course, culturally. We must pass them the nature-guided consciousness and introduce them to their roles early in sustaining the remaining “natural” and sustainable life we have on this planetary existence.

From vaccines to psychiatric medications to the psychologically/subjectively (gender) motivated medical interventions, including dangerous, brutal, and overly priced surgeries, children are being attacked both for profit and for “social experiment” by the same group of big corporations – the pharmaceutical and chemical industries with the help of simple-minded physicians and their revolving doors on many government institutions that are supposed to be the entities protecting the children or the people’s health and well-being. So that’s why as concerned people aware of this sad reality, we have to do our best and as much as possible, double our effort in reaching out to parents and finding groups and individuals that are with us in this concern, working for a drug-free (psychiatric and other unnecessary pills) future social paradigm.

“The trouble is that their worldwide propaganda on the subject of children and education has thoroughly duped well-meaning parents, teachers and politicians alike, that “normal”—there’s that word again—childhood behavior is no longer normal; that it is a mental illness. And further, that only by continuous, heavy drugging from a very early age, can the “afflicted” child possibly make it through life’s worst. What about the word “medications?” Does it ease your mind by conjuring up images of some benign cough syrup prescribed by a kindly family doctor? Nothing could be further from the truth. A psychiatric medication is a very powerful addictive drug.”

Meanwhile, Dr. John Breeding, a child psychologist of PsycheTruth channel and wildestcolts.com talks about this on one of his interviews. Asked about how this kind of catastrophic misunderstanding of parents and adults, tricked by corporations, to children has impacted our young generation, this is what he said:

“First off, you are stigmatizing them for life when you stamp the word “defective” on their mental-health records at school. Just as bad, the minute you put children on a drug, you have started them down a path of dependency, of addiction. Who knows how many different drugs they will end up getting hooked on? So you’re automatically robbing them of liberty, of self-determination, of a right to develop their character in a drug-free state. Never mind that you have subjected them to a figurative straitjacket that stifles their creativity and individuality. I haven’t even spoken of the harmful physical effects, immediate and long-term, actual and potential, of these poisonous toxins. What a life sentence to impose on a child! To me, drugging our children is a form of institutionalized child abuse.”

On the other hand, parents in many parts of the US, Europe, Australia, and Africa are also now protesting against the institutional promotion of transgender sex reassignment. Along with this, they are also now clamoring actively against the Comprehensive Sexuality Education (CSE), a program created by the United Nations/UNICEF with the assistance of Planned Parenthood, which is said to be one of the vessels the radical gender ideology is being delivered to parents and children. What also concerns them most is the normalization of surgery in the sexual transition and the administration of dangerous pharma-chemical cocktails that are necessary to the process.

In 2017, Bruce Ashford reported in dailysignal.com that a huge part of the population who have undergone sex surgery expressed regret and even serious psychological consequences, including severe depression and suicidal thoughts. Ashford’s article reported what the surgeon Miroslav Djordjevic revealed about his practice, explaining that “his clinics are experiencing an increase in “reversal” surgeries for those who want their genitalia back”. Ashford also raised the alarming issue of the effects of hormonal treatments being given to children in this article. He wrote:

“Given that clinics charge up to $50,000 for reassignment surgeries, Djordjevic says he fears that doctors are stuffing their bank accounts without concern for the physical and psychological well-being of their patients. Physical and psychological well-being should be a concern, given that 41 percent of transgender people will attempt suicide at some point in their lives, and people who have had sex reassignment surgery are approximately 20 times more likely than the general population to die by suicide.”

“In a recent paper, “Growing Pains: Problems with Puberty Suppression in Treating Gender Dysphoria,” endocrinologist Paul Hruz, biostatistician Lawrence Mayer, and psychiatrist Paul McHugh challenge this practice. They note that approximately 80 percent of gender dysphoric children grow comfortable in their bodies and no longer experience dysphoria, and conclude that there is “little evidence that puberty suppression is reversible, safe, or effective for treating gender dysphoria.” Thus, scientific evidence suggests that hormone-induced puberty suppression is harmful and even abusive.”

Meanwhile, asked about his ideas for possible solutions to this problem, Dr. John Breeding stated:

“The first point I try to get across in my work with parents is that the main effect you have on your child is not what you do, but who you are. The state of your own thinking has the biggest effect on your child. To help your youngster, you must get straight inside yourself, clean out your own emotional baggage, so you can be fully present with the child in a clear, conscious way. The second thing I emphasize with parents has to do with the image they hold of their child. Do they see their child as flawed and defective? Then that’s what they are supporting and developing in their child. Or do they see their child as happy, confident, whole and successful? If so, the child is much more likely to act that way. It’s not what we do for or to our children that counts. It’s how we look at who they are in their true nature that makes all the difference. As I say in my book, “Perhaps the greatest gifts we can give to our children are to see them through the eyes of delight and to be with them in an attitude of relaxed confidence that they are turning out well.”