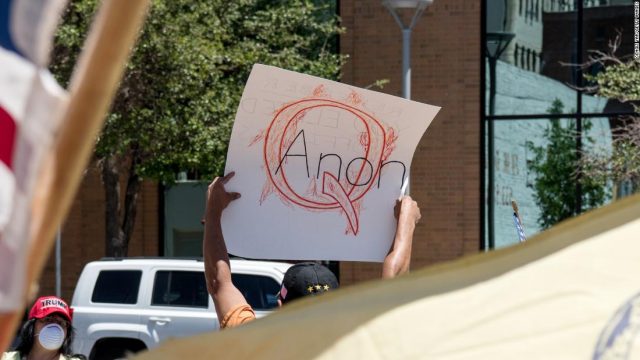 Just less than two months after Facebook removed a group of five pages, twenty Facebook accounts, and six groups that post information linked to QAnon, Twitter also took action against this growing network of people across the US sharing information about government and social issues and the alleged political path people must take. QAnon is an interesting growth of collective awareness among people from across ages all across the US, though now it’s starting to spread in other parts of the world, that share “alternative” information and so-called theory, understanding or interpretation to various socio-political events, sense-making, and most especially the so-called “conspiratorial aspect” of different government affairs.

Regarding this massive took down by Twitter, healthnutnews.com reported:

“Over several weeks, Twitter has removed 7,000 accounts that posted QAnon material, a company spokeswoman said. The accounts had been increasingly active. An additional 150,000 accounts will be hidden from trends and search on Twitter, the spokeswoman added.”

The QAnon, according to various sources, is a movement that believes and share information and news about the conspiracy of corruption and not only the morbid immorality within the governmental systems, institutions, and the political society in general but also its sinister hidden face. Though, most of the people that agree or believe on most of the information within the movement are supporters of President Donald Trump. They claim that the president, along with other officials, is cleaning the world or the Western Society by getting rid of pedophiles and child traffickers. QAnons call this “draining the swamp”, which, according to the narrative, a continuing arrests of thousands of people which includes important politicians, public servants, officials and entertainment industry personalities. These claims, interestingly, are also being supported by news and articles circulating through the alternative media outlets.

However, there are probably more to QAnon than what we can know for now. As the BBC reported:

“QAnon is a wide-ranging unfounded conspiracy theory that President Trump is battling a clandestine “deep state” network of political, business, media and entertainment elites, often involving Satanic plots and child trafficking. QAnon began in October 2017 on the anonymous message board 4chan. A user claimed to have top security clearance within the US government and signed off their posts as “Q” – hence the name QAnon. Q communicates in cryptic posts and claims to be directly involved in a secret Trump-led investigation of a global network of child abusers.”

The QAnon movement isn’t the only one believing these conspiracies, though. But the movement gained so much attention and became known for this during 2016 when the “pizzagate” so-called conspiracy theory, a very disturbing and sickening pedophilia and human trafficking story which was said to be happening inside a pizza parlor allegedly involving Hillary Clinton, Barrack Obama and other Democratic Party politicians. According also to stories being spread by QAnon, this network of pedophiles and child traffickers are so vast and it involves the entertainment industry, Hollywood, and big names including the Monarchy in the United Kingdom. And in the current global event, QAnon social media platforms across the world also help spread “alternative” information to the so-called coronavirus pandemic. On the positive sense, they offer second opinion and make the perspectives broader and even deeper.

QAnon information are shared across various platforms – Twitter, Facebook, Youtube, Reddit,  and Instagram. Users who share these information are approximately reaching hundreds of thousands which also include not only ordinary internet users but also artists, intellectuals, professionals, celebrities, and even some politicians. This is one of the main reasons why the movement has become the target for censorship and online repression by the biggest platforms such as Twitter and Facebook, especially during these times of coronavirus crisis. From information about facemask to vaccines to COVID related technologies that are said to be coming along with the new consciousness of the Artificial Intelligence (AI), QAnon’s articles and video information are often being blocked, being constantly fact-checked or just simply being taken down. Because of this, many Facebook users wonder and asked this question: “so if these are just conspiracy theories, why censor and ban QAnon?”