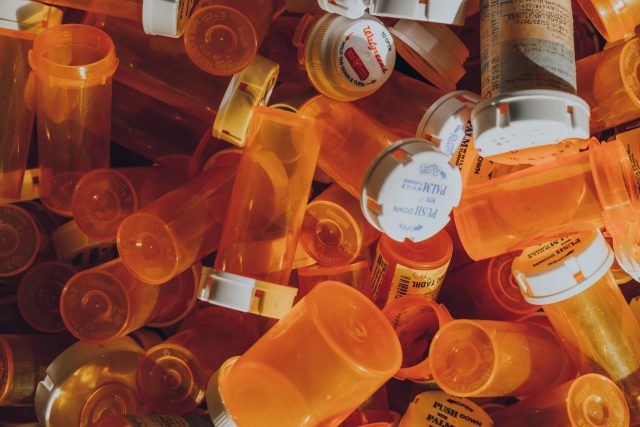 Looking back in 2015, the pharmaceutical drugs for the so-called attention deficit hyperactivity disorder or ADHD have again been proven to be ineffective and instead, seriously addictive and damaging. This peer-reviewed study about these mind-altering medicines such as Adderall and Ritalin has shown not only that these psychotropic drugs pose a great threat to the person in the long run but are also useless and just a waste of people’s money as they were proven not to provide the promised benefits. The findings were published in the Journal of Health Economics and exposed many corporate experts, or big pharma agents, claiming about the miracles it will bring to children, academically.

According to a globalresearch.ca report:

“Researchers from Princeton University, Cornell University and the University of Toronto found that the administration of these drugs to children, which is supposedly to help them remain calm and focus in class, actually leaves students at a deficit when it comes to paying attention and learning in a formal academic setting. Based on the researchers’ work, children on ADHD drugs fared slightly worse than other children and were far more likely not to finish school without having to first repeat a grade, suggesting added learning impairment.”

In addition, according to Alan Sroufe, a Psychologist for 40 years who even doubt ADHD exists at all:

“We find little evidence of improvement in either the medium or the long run” from the use of ADHD drugs in children. Our results suggest that expanding medication in a community setting had little positive benefit and may have had harmful effects given the average way these drugs are used in the community. Sadly, few physicians and parents seem to be aware of what we have been learning about the lack of effectiveness of these drugs. When given to children over long periods of time, ADHD drugs neither improve school achievement nor reduce behavior problems. The drugs can also have serious side effects, including stunting growth. To date, no study has found any long-term benefit of attention-deficit medication on academic performance, peer relationships or behavior problems, the very things we would most want to improve. Putting children on drugs does nothing to change the conditions that derail their development in the first place.”

Further discussing the validity of ADHD, let’s look at what Dr. Peter R. Breggin, wrote way back in 1995 regarding its diagnosis issues:

“Despite any attempt to separate them, the three diagnoses often overlap with each other and research projects often refer to them as one group, the DBDs. The DSM-IV observes that “A substantial portion of children referred to clinics with Attention-Deficit/Hyperactivity Disorder also have Oppositional Defiant Disorder or Conduct Disorder.” A National Institute of Mental Health (NIMH) study similarly observes, “‘Pure’ conduct disorder or ‘pure’ opposition disorder are relatively rare in clinical samples, with most cases also qualifying for an attention-deficit disorder diagnosis” (Kruesi et al., 1992). The DSM-IV does not discuss the definition of Disruptive Behavior Disorder, DSM-lll-R states that DBD children are “characterized by behavior that is socially disruptive and is often more distressing to others than to the people with the disorders.” The “illness” consists of being disruptive to the lives of adults-a definition that seems tailored for social control.”

Meanwhile, another research reported by globalresearch.ca was also said to found out that, on the contrary, children who are diagnosed with ADHD are instead highly creative and intelligent and have big chances of excelling academically and in many other aspects. The author wrote:

“Research has supported the notion that under certain conditions, people with ADHD characteristics are more likely to reach higher levels of creative thought and achievement than people without ADHD. Recent research by Darya Zabelina and colleagues have found that real-life creative achievement is associated with the ability to broaden attention and have a “leaky” mental filter — something in wich people with ADHD often excel. Recent work in cognitive neuroscience also suggests a connection between ADHD and creativity. Both creative thinkers and people with ADHD show difficulty suppressing brain activity coming from the “Imagination Network.”

In addition, one factor experts point out to the broadening of the meaning of ADHD which tells another compelling story angle is the financial gain. This discovery was even published by the British Medical Journal (BMJ) itself, which also shows how commercially lucrative these psychotropic drugs are despite that they are often unnecessary and even harmful. Absurdly, sometimes this is being supported and enforced by government officials themselves. According to a report:

“Some 78 percent of the medical experts who participated in developing the DSM-5 guidelines for ADHD and other disruptive behavior disorders had financial conflicts of interest through ties to the pharmaceutical industry, report the authors of the BMJ paper. It’s been estimated that between $320 and $500 million is spent annually in the U.S. on medications for people inappropriately diagnosed with ADHD.”

Another next important question to ask is that – until when do we as adults allow this psycho-spiritual assault on children? Why do we let these corporations and mainstream psychiatry abuse our younger generations while at the same time, profit huge amounts of money? That’s why in providing a solution to this real crisis, we must always remember these words from Peter Breggin:

“When adults provide them a better environment, they tend to quickly improve their outlook and behavior. But, children and teenagers can eventually become so upset, confused and self-destructive that they internalize the pain or become compulsively rebellious. They may need the intervention of a therapeutic-unconditionally caring adult to help them overcome their inner suffering and outrage. Sometimes these children can benefit from learning how to help ease the conflicted situation. But they should never be given the idea that they are diseased or defective, as the primary cause of their conflicts with their schools and families. Children can benefit from guidance in learning to be responsible for their own conduct; but they do not gain from being blamed for the trauma and stress that they are exposed to in the environment around them. They need empowerment, not humiliating diagnoses and mind-disabling drugs. Most of all, they thrive when adults show concern and attention to their basic needs as children.