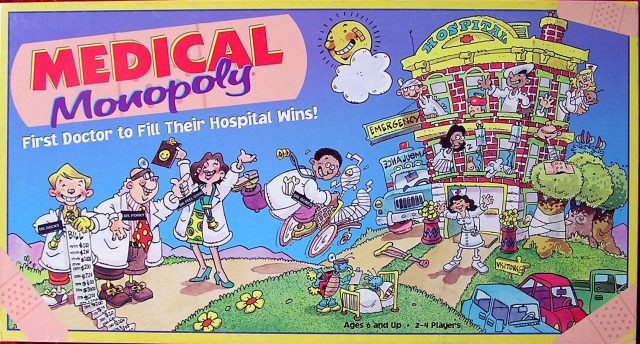 The history of medicine and medical education is not so known to many. This is probably because the Public Relation (PR) industry, which is financially connected to the pharmaceutical industry, has been very successful in protecting the reputation of the people behind this establishment and of the mischiefs that it brought to the citizens almost all over the world. Although, for sure there are tiny parts of this establishment that we as a society need to consider useful and effective in terms of health; however it is really important for the global community to re-examine this institution as they virtually influence the decisions being made by many countries with regards to health, especially in today’s mad times of the coronavirus crisis.

For example, some places in Africa are now starting to withdraw from its connection with the World Health Organization (WHO) in relation to the coronavirus issue. Even Taiwan has been recently reported to cut ties with this institution. Just more than a month ago, President Donald Trump also made a decision to stop funding the WHO because of its role in skewing many things related to the current crisis. We all know that the WHO gained a tremendous amount of power to the world during the late 1990’s and since then, huge portions of policies on many countries have been slanted towards favoring its mandates and regulations.

However, this hasn’t been possible without the rampant use of financial resources coming from the world’s richest people such as the Rockefellers, Bill Gates and other global industrial elites, along with the help of pharmaceutical giants. But despite their efforts and wealth, we can still wonder why diseases and deaths are still uncontrollable, especially in the so-called developing world. Despite their well-marketed vaccines and other chemical-based drugs through their media propaganda, mortality rates in many places prove that what they offer is not only ineffective but seemingly does the opposite.

To understand why it’s happening, some important questions we must ask are: how does the mainstream medical establishment started and how the doctors of the past became educated and accepted by its system? Are these institutions really founded on honesty, compassion, and real science? To answer these questions, let us try to delve into the deepest part of its history, buried in time, almost forgotten, and worst, intentionally ignored by the mainstream educational system.

The brutal past of the allopathic medicine:

“In the 1800 society sanctioned both approaches to healing. Patients had a choice of using either doctors called allopaths or natural healers called empirics or homeopaths. The two groups wage a bitter philosophical debate. The allopathic doctors called their approach heroic medicine. They believe that physician must aggressively disease from the body. They based their practice on what they consider “scientific theory”. The allopaths use three main techniques: they bled the body to drain out the bad humus. They gave huge doses of toxic minerals like mercury and lead to displace the original disease. They also use surgery but it was a brutal procedure before anesthesia and infection control. Few patients were willing to have surgery, most patients feared allopathic methods all together.”

The ways of the old-school naturopaths and holistic healers:

“Competing of the day were the empiric healers. Contrary to the doctors they believe in stimulating the body’s own defenses to heal itself. Instead of poisonous minerals, they used vegetable products and non-toxic substances in small quantities. They especially favored herbs learned from Native American and old European traditions. The empirics said they based their remedies not on theory but on observation and experience.”

A concise history of the American Medical Association (AMA) and the elimination of the non-toxic naturopathic therapy:

“The balance of medical power remained equal until the turn of the century. Then, new medical treatments emerged that were potentially very profitable. The American Medical Association (AMA) joined with strong financial forces to transform medicine into an industry. The fortunes of Carnegie, Morgan, and Rockefeller financed surgery, radiation, and synthetic drugs. They were to become the economic foundations of the new medical economy. Surgery became viable with anesthesia and infection control and doctors advocated expensive radical operations. These in turn produced the need for a large lucrative hospital system. Radium fever swept medicine; price of radium rose 1,000% almost overnight. Another costly technological industry entered the hospital system. A drug industry grew out of the booming patent medicine business. The doctors changed educational standards and licensing regulations to exclude the empirics. Soon only AMA approved doctors can legally practice medicine. In a brief 20 years, the AMA came to dominated medical practice. Organized medicine launched in media campaign to associate the empirics with “quacks”. The code word for competition was quackery.”

“About a hundred years ago things were really beginning to change in the United States. We were changing from an agrarian economy to an industrial economy. Titans of industry really wanted to be able to control the world financial system as a whole. When the Rockefellers took over the allopathic medicine, there were many types of medical education in the United States. There were homeopathic doctors and there were naturopathic doctors who are using natural medicines to heal and they were having very good outcomes. Once the Rockefellers took over the system, they closed down those other schools and they only promoted the sale of their drugs. They promoted surgery and they promoted radiation.”

“The Rockefellers were also in charge of the oil industry and the chemical industry and they also made an alliance with the huge German (inaudible) called I.G. Farben which is a big chemical and pharmaceutical industry in Germany (and also the larges financier of the Nazi rise to power). The Food and Drug Administration (FDA) was started in the 1930’s and it was sold to the people of the United States as an agency that was going to protect its food and drug supply. And of course in the early part of the century people wrote about some of the terrible things happening with the meat packing industry and the food industry in general.”

So it is clear that the same monopolists and imperialists still hold the financial and political power when it comes to health and medicine. This is also the reason why the leaders of the world has resorted to these tyrannical measures in dealing with this crisis; enforcing harsh policies based on false statistics and pseudo-scientific data that slowly suffocate citizens through economic disenfranchisement. That’s why with this heartless and pathological systems of control imposed by these global industrial elites, many people wonder what kind of future awaits us and our children.