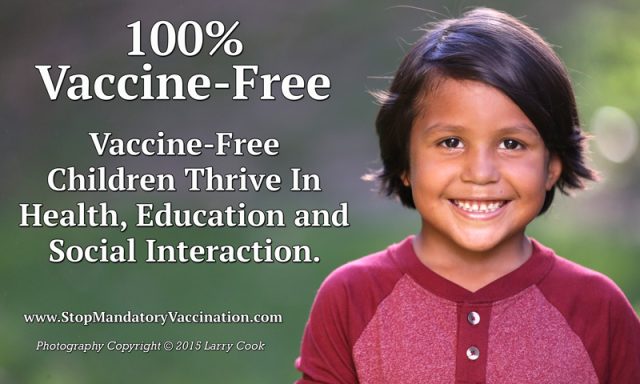 According to the late Erwin Alber,  the founder of  Vaccination Information Network (VINE), “Vaccination is not disease prevention – it’s a particularly nasty form of organized crime in that it manipulates parents’ protective instincts to get them to submit their child into getting poisoned for profit under the guise of disease prevention.” Compelling evidences and studies prove that it is indeed the case. For example, in 2012, there was a study in Hong Kong comparing vaccinated to unvaccinated children. With this, it was found out the “the seasonal trivalent flu vaccine resulted in 5.5 times more incidents of respiratory illness than the placebo group”. This result was published in the journal of Clinical Infectious Diseases in 2012.

“…the study identified that there was a ten-fold increase in the incidence of tonsillitis in the children who were vaccinated, and a total lack tonsillectomy operations among the children who were unvaccinated. In 1992, the Immunization Awareness Society (IAS) conducted a survey to examine the health of New Zealand’s children. Unsurprisingly, the results of their study indicated that unvaccinated children were far healthier than vaccinated children. Questionnaires were given out to IAS members, their friends and their associates asking various health questions. A total of 245 families returned their questionnaires, giving the researchers a total of 495 children surveyed. Of these children, 226 were vaccinated and 269 were unvaccinated.”

You can read more from here:

Many experts concluded that vaccine ingredients have a lot to do with the neurodevelopmental diseases (NDD) increasingly observable in vaccinated children. For decades, doctors look to the compounds such as mercury, aluminum, formaldehyde, and even MSG. In 1999, 31% of children suffer from chronic illness and later on, in 2011, it went up to 54%. And now in 2020 where the recommended doses are 72 up to the age of 18, it is already 70% (conservative estimate). According to Dr. Philip Incao, this increase is correlated to the increase of vaccine schedule, administering higher and higher doses.

In March of 2016, Dr. Anthony Mawson and his team from Jackson State University also submitted the result of their study to the Journal of Translational Sciences, comparing vaccinated to unvaccinated children. In the study, it was found out that the vaccinated children have 4.2 times more ADHD, 4.2 times more autism, 5.2 times more learning disabilities, 2.9 times more eczema, and 30 times more allergic rhinitis compared to unvaccinated. It was also concluded that “vaccinated children were significantly more likely to have been diagnosed with other infections, allergies, and other neurodevelopmental disorders (NDD) like autism and ADHD. Children born prematurely had even higher rates of neurological disorders if vaccinated. And that the interaction of preterm birth and vaccination was associated with a 6.6 times increased odds of NDD”.

This study can be accessed on these two websites:

Meanwhile in the New Zealand study, it was also discovered that “92 percent of the children requiring a tonsillectomy operation had received the measles vaccination, indicating that the vaccination for measles may have made some of the children more susceptible to tonsillitis”. According to Christina England, “The study also revealed that 81 of the families had both vaccinated and unvaccinated children. Many of these families had vaccinated their older children but had grown more reluctant to vaccinate their younger children, due to their growing concerns regarding vaccine safety”. It was concluded by experts that the study “provides solid scientific evidence in support of considerable anecdotal evidence that unvaccinated children are healthier than their vaccinated peers”.

In 2009, a pediatrician and homeopath named Françoise Berthoud published an article testifying to the amazing health of unvaccinated children. Collaborating with two other people, a biologist and a journalist who are highly qualified about the subject of vaccination, she co-produced a book that “analyses various life choices often made by families that do not vaccinate, including home birth, breastfeeding, simple therapies, good food, a tranquil living environment and trust in the capacity of the body to heal itself”. Through her works that look through stories, testimonies, and studies from from Japan, Australia, New Zealand, and other parts of Europe, she stated that, “as a concerned, compassionate and considerate paediatrician, I can only arrive at one conclusion: unvaccinated children have by far the best chance of enjoying marvelous health.  Any vaccination at all works to cripple the chances of this end”.