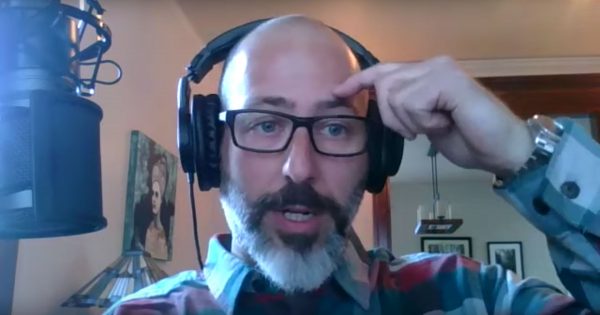 Dr. Andrew Kaufman’s fame is slowly gaining momentum right now since he did a presentation in his Youtube channel regarding exosome and the possible causes of the so-called coronavirus that is causing crisis (social, mental, and economic) right now on a global scale. An undergraduate of Massachusetts Institute of Technology (MIT) for a degree in molecular biology, Dr. Kaufman participated in different researches in universities and in some biotech companies and he also worked collecting information for AIDS cases in a health department in the Centers for Diseases Control and Prevention (CDC) position. Because of this, he earned knowledge on how epidemiologic data are collected.

After that he also studied again and become a physician assistant and then also worked at the medical university of South Carolina faculty, particularly in hematology and oncology for two years, where he got his MD. After that he then went to finish a residency program in psychiatry at Duke University, North Carolina where he also did some research. After that he also joined the faculty of the SUNY Medical University in Upstate, New York where later he ran a little research program in forensic psychiatry. He also worked in a correction center for prison system in which he did a research and also experienced being an expert witness for different legal and administrative matters. He was qualified in local federal courts and even once testified on a murder trial. He also has a start-up company where he invented a medical device, a ‘suicide-detection system’ and got it patented.

What is great about Dr. Andrew Kaufman is that he really encourages critical thinking and discernment for people; meaning to not just believe the so-called expert but also most importantly do more research to properly validate information, for example, about drugs, radiation, surgery, etc. Dr. Kaufman criticizes how the “mainstream medicine” is being so misleading as it spreads and perpetuates completely inaccurate, and sometimes harmful, information about medicines; specifically those synthetic medicines proven by studies to be completely unsafe and is not working at all. Dr. Kaufman also encourages doctors and health professionals to find the underlying cause or factor of the illness instead of attacking those he calls “bystanders” on our body. He calls this “The root-cause approach”.

In his Youtube channel Medicamentum Authentica, he uploaded video presentations tackling about various important subjects such as the healthcare system, natural lifestyle, mental health, vaccines and vaccination, the harms of psychiatric drugs, detox, diseases, GMO, processed food, chemicals that are harmful to health, viruses, germs, and most specially, food and nutrition and its vital role in healing. He also talks a lot about real cures and real applications that reverse different types of diseases. Instead of promoting drugs, he emphasizes that people should give more value on diet and lifestyle as this addresses the cause of the problem and not the symptom. He also encourages people to learn and apply proper prevention and self-healing to truly fight the diseases; unlike what the conventional practices are doing which are the ones being supported especially by the biggest drug manufacturer or pharmaceuticals.