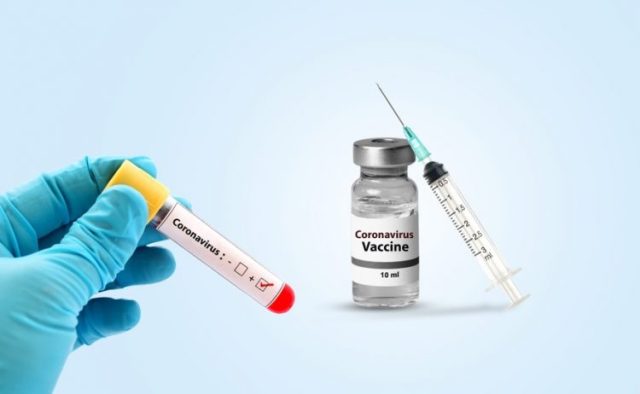 A Youtube channel named “Anggie’s Fam” posted a video that has been uploaded on April 6, telling a story about seven children who died from coronavirus vaccination in Senegal, Africa. In the video, the woman stated, “Today, somebody called my husband; a nurse. A nurse told my husband that seven infants have died in Senegal due to this coronavirus vaccine. I just don’t know why you must collect this thing when you know that it’s not being tested? You want to use your people as guinea pigs or lab rats? Because of what? Do they give you money to kill? If you kill all your people in your land, who will remain to govern? You will end up going to the ground like you end up falling like zero level”.

She then continued, “Let me tell you how this happened. This whole thing is in French but my husband speaks French so he understands everything and then he told me. Do you know that there’s this guy, a Senegalese guy that went to this family in the village somewhere in Senegal trying to convince the family of seven kids”. She went on to say that the man said, “Oh let us give them the coronavirus vaccine, it’s going to be well. Told them every sort of thing and trying to earn their trust. Then they gave him the consent to vaccinate the kids. Do you know what happened? All of them died, like almost immediately”.

[Update 4/10/2020] The video was later removed due to violation of YouTube’s Community Guidelines. (See the link below)

Fact Check: A recent post by AFP Fact Check (see the link below), “Senegalese children did not die from a coronavirus vaccine (which does not yet exist)”, the article stated that “a Facebook post shared thousands of times claims seven children died in Senegal after being given a COVID-19 vaccine. This is false; scientists are still working to find a vaccine and Senegal’s health ministry told AFP the incident never happened. The video in the post actually shows people gathering after they heard rumours that a door-to-door salesman was vaccinating locals.” [Update 4/10/2020]

On the other hand, two French doctors have sparked outrage after they discussed on live television that Africa is the best destination to conduct test for COVID-19 vaccine. The viral video was shared on social media where one of the doctors named Jean-Paul Mira proposed the idea of testing the vaccine on the African population. When some Africans learned about this, many of them strongly reacted and expressed their disapproval about the suggestion stating “You racist! Africa is not your playground!” One Twitter named Rim-Sarah Alouane, a PHD student and French researcher posted, “This is horrific. Two French doctors on live television are discussing how a potential new treatment against COVID-19 should be first tested in Africa, “where no mask, no treatment, no reanimation, the same way experimental treatment for AIDS was done on prostitutes”.

This is not the first time that Africa have fallen victim to this reckless and heartless medical experiment being done by major health institutions. In 2014, Kenyan doctors found an anti-fertility agent in UN tetanus vaccine in a mass sterilization program. The Lifesitenews.com reported this, with the excerpt saying, “This World Health Organization campaign is not about eradicating neonatal tetanus but a well-coordinated forceful population control mass sterilization exercise using a proven fertility regulating vaccine”. They also stated that, “WHO’s Kenyan office and several WHO media contacts in Washington, D.C. failed to respond to LifeSiteNews enquiries over a 24-hour period”.

Meanwhile in April 7, Business Insider also reported that “A potential coronavirus vaccine funded by Bill Gates is set to begin testing in people”. It also proceeded claiming, “Healthy volunteers in Philadelphia and Kansas City, Missouri, will begin to test an experimental coronavirus vaccine starting this week. The small Pennsylvania-based biotech Inovio Pharmaceuticals received regulatory clearance to begin testing. The Bill and Melinda Gates Foundation, along with other nonprofits, have poured funding into Inovio’s vaccine project”.

Bill Gates is one of the most influential people who can order mandates to WHO. If you ask why, here is the reason. In a 2017 report, politico.eu stated, “Over the past decade, the world’s richest man has become the World Health Organization’s second biggest donor, second only to the United States and just above the United Kingdom. This largesse gives him outsized influence over its agenda, one that could grow as the U.S. and the U.K. threaten to cut funding if the agency doesn’t make a better investment case”.

In 2018, modernghana.com reported, “Bill Gates has been showering vast sums of money on the World Health Organization (WHO), putting him in a position to shape its global infection disease policy and play a major role in the Ebola outbreak, it has emerged. In addition, the Gates Foundation gave up to US$ 75 million to an organization such as UNICEF and the International Federation of the Red Cross as well as to fund the development of Ebola vaccines. But these funds are small change compared to the 2 billion dollars that the Gates Foundation has given WHO between 1998 and 2014, making Bill Gates the second largest donor after the USA”.

FACT CHECK: Senegalese children did not die from a coronavirus vaccine (which does not yet exist)

[Watch] A test of the Covid-19 vaccine on children in Senegal? What does this video really show?

Video about the death of 7 children by Aggie’s Fam

Video about the Two French Doctors

Why Bill Gates Strongly Associated With The World Health Organization