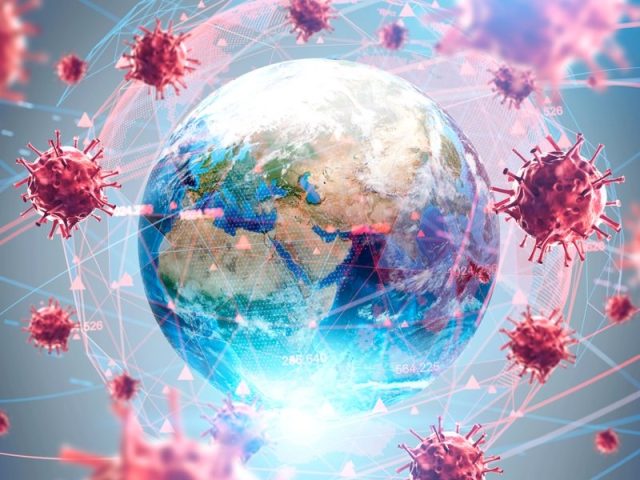 Many experts say COVID-19 is a kind of severe pneumonia while others also say it’s a kind of severe flu. Some say it’s very deadly while others say it’s a kind of disease that you can cure at home. This confuses people. Even the World Health Organization (WHO) is still having inconsistencies in identifying what really COVID-19 is, how it really spreads, and how it really degrades or destroys the body. While also, there are numerous amounts of considerable claims pointing out that these so-called COVID-19 deaths are not really caused by a novel coronavirus at all but by the complication due to the chronic diseases that are common these days, including cancer, high blood pressure, tuberculosis (TB), severe kidney problems, and of course, respiratory problems or lung complications. Meanwhile, some scientists also claim that the COVID-19 test kits that are being used are not really accurate at all and therefore not really reliable.

However, as of now experts still cannot give final conclusions regarding this matter; therefore, we still really cannot believe what the mainstream media is saying about the real situation. Why? It is because it was proven many times that the mainstream media is lying. These lies have been exposed and are still being exposed right now by many skeptical citizens especially in the US and Europe. In Youtube for example, videos are now surfacing almost everyday showing that the hospitals, said by the mainstream media to have been flooded with COVID-19 patients, are actually empty. There were also many people claiming that their relatives or the people they know died not because of COVID-19 but are being reported died of COVID-19. Because of this, many people are confused and therefore became more distrustful to these institutions like the WHO or even to their own government itself. Many ask why this is happening.

On the other hand, as the lockdown continues, the world’s economy is now getting more and more insecure. Some people believe this is an intentional “economic sabotage”. It is very alarming. Many experts are saying that this so-called COVID-19 problem does not justify what’s being done by the world’s government; how the people’s right to live a normal life is being taken away. Some say that the situation right now will never go back to how they used to be. What does it really mean? Through imposing rules for “social distancing”, for example, people are now being forced to isolate themselves and wait for the government to provide their food. It means to say we are being conditioned to be totally dependent. Social gathering has now become criminalized. Not only that, “rumors” are now also spreading that we are heading towards a “cashless society”, meaning that we will soon be using digital currency and this quarantine law, even for healthy people, is being used to easily implement that. In addition, people are also reporting all over the internet that 5G towers are being installed around the globe while people are being forced to stay at home and therefore cannot protest.

Meanwhile, people like Bill Gates who is not a politician or doesn’t even hold a position in the government, also who is known advocate for “population reduction”, is now telling the government what to do and how to respond to this crisis. What power does he have to tell us that we cannot go outside our house yet, or even travel outside the country if we don’t get the vaccine for COVID-19? And, is he saying this because he himself technically owns some of these vaccines? Meanwhile, independent internet media have just reported deaths in Senegal, Africa due to the COVID-19 vaccine trial. What’s going on here? Why he’s the one telling the governments what to do; suggesting that everyone should have “digital certificates” for vaccination to prove that we have “recovered” from the virus, does he control the government? Is he alone in these efforts? Lastly, why this simple flu virus has led him, Bill Gates, to think that we all need a “microchip” on our body? Because of this, many people ask, what’s really going on? Why we have less and less freedom nowadays?

To have more understanding about these concerns, check these references: