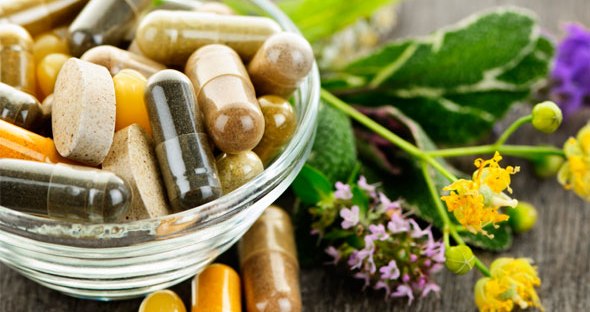 The term orthomolecular medicine (OM) is a method of treating diseases with substances that are naturally found in the body. Started in the 1970’s, one of the founders of this movement is Linus Carl Pauling who won a Nobel Prize award in Chemistry in 1954. Not taken seriously by the conventional or the mainstream medical community, OM emphasizes nutrition and vitamins as essential agents in strengthening the immune system and in fighting the disease. According to the experts who founded the movement, nutrients play a vital role on our health that’s why physicians who are using this method value the capacity of foods, especially unprocessed and organic or natural, more than drugs.

OM can also be considered crucial in the holistic method of treatment. This is because OM strongly demonstrated that poor nutrition contributes and even causes disease. This is evident in today’s society’s general state of health as obesity, hearth disease, diabetes, and other kinds of diseases are soaring high in relation to the diet that most people practice in their daily lives. From fast food to foods that are highly treated with chemicals or pesticides, people have evolved to consume those that do not contain the most benefits. In the current society we are living, physicians and other health experts have appeared to be dismissive, if not ignorant, of the power of highly nutritional diet and its essential role in keeping our immune system or our health in strong. This is probably because our health care system is being dominated by big pharmaceutical companies which appeared to be prioritizing its interest for profit.

Also called naturopaths or nutritional therapists, orthomolecular doctors are using different kinds of diet protocols in treating their patients. These treatments include serious ones such as cancer, heart problems, and other kinds of bodily and organ issues. Nutritional therapists recommend taking enough amounts of vitamins and minerals for daily consumption as a basic protocol. They also recommend supplements especially these days that getting the most benefits from food has become so difficult. This includes all sorts of micronutrients, amino acids, essential fatty acids, pro-biotics, phytonutrients, flavonoids, herbs, etc. These things help a lot in the processes of our body; for the organs to function properly. These are proven facts as well as common sense. Different kinds of food contain specific vitamins that our body needs for its daily normal function. For example, if you are iodine deficient, you might have thyroid problem.

One of the most popular applications for OM is the use of megadosing; specifically of vitamin C. Denied and ignored up to these days by the mainstream medicine or doctors, especially those who favor drugs over nutrition, megadosing of vitamin C has been proven by many studies to be effective in treating illnesses and our immune defense strong. Studies for the efficiency of megadose vitamin C started 50 years ago; specifically by Linus Pauling through a research. This research, which proved that intravenous megadose of vitamin C has a major contribution to the survival rates of cancer patients, can be access in his book entitled ‘Vitamin C and the Common Cold’, published in 1970. In 1964, former U.S. diplomat and author Norman Cousins was diagnosed with ankylosing spondylitis, a degenerative condition of the connective tissue of the spine. With the help of a physician friend, he took 25g of vitamin C intravenously over a period, several hours each day. Over the subsequent months, he made a total recovery.

In Germany, another study was also done. On this study, patients with shingles infection were also treated daily with megadose intravenous vitamin C. These patients were given 100g per day. After two weeks of IV treatment, the patients were monitored for three months and was seen improving. Compared with the control group following the same protocol but without doing this method, 92% of patients reported a decrease in pain. According to the study, “the number of affected nerves was also reduced while 78% reported less fatigue and better concentration, and 86% experienced no scarring. Amazingly, only 6.4% developed long-term post-infection pain”.

According to Ron Hunninghake, MD:

Intravenous vitamin C also does more than just kill cancer cells. It boosts immunity. It can stimulate collagen formation to help the body wall off the tumor. It inhibits hyaluronidase, an enzyme that tumors use to metastasize and invade other organs throughout the body. It induces apoptosis to help program cancer cells into dying early. It corrects the almost universal scurvy in cancer patients. Cancer patients are tired, listless, bruise easily, and have a poor appetite. They don’t sleep well and have a low threshold for pain. This adds up to a very classic picture of scurvy that generally goes unrecognized by their conventional physicians.