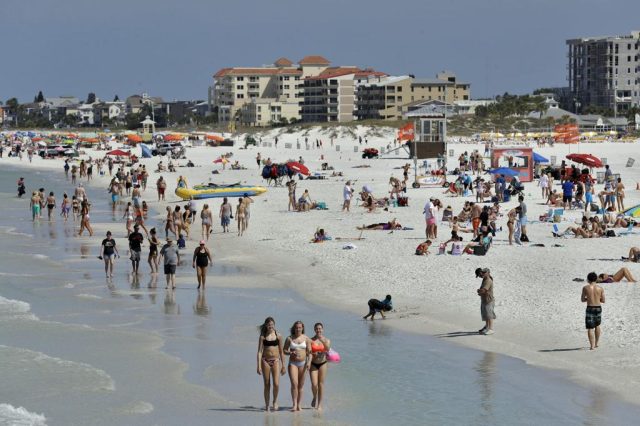 In Florida, local officials ordered the resorts to be closed down as hundreds of people attending the Spring Break festival fearlessly flocked massively at beaches to party to have a good time and enjoy their most awaited moment even though the world has gone totally paranoid of the COVID-19 apocalypse. Governor Ron DeSantis received backlashed after he refused to close the beaches to follow the state’s “no social gathering” directive to avoid the spread of the disease, also known as the novel coronavirus, that is now being seen as a pandemic by many countries around the world. Two of the most popular beach, Miami Beach and Fort Lauderdale, were also ordered to be closed by mayors last Sunday due to the same concerns.

The idea of closing down Florida beaches along with its bars and nightclubs came after the Centers for Disease Control (CDC) called for the suspension of all gatherings, especially of more than 50 people, for the next two months as their preventive measure to the COVID-19. In a Reuters video that is now circulating in various social media sites, people seen going against the nationwide call for social distancing. One person answered interviews saying, “If I get corona, I get corona. At the end of the day, I’m not going to let it stop me from partying. We’ve been waiting for Miami spring break for a while.”

Some experts seen expressing their disappointment on Tweeter posts, urging the public and the Florida officials to keep distance from each other and “obey and cooperate” the government’s efforts in trying to “flatten the curve” or stop the infection of the so-called pandemic disease on a massive scale. It can be seen on the Reuters video, which gained millions of view in a few days, that many people are really not afraid of the virus and are willing to take the risks just to enjoy, have a party, and get wasted.

Meanwhile, in Nashville, New Orleans and Chicago, videos and photos also circulated showing beachgoers carelessly sprawling into the shores and waters while ignoring safety measures ordered by state government officials as a way to control the flow of infection which, warned many experts, might overburden both hospitals and health workers if uncontrollable situation happens. One 21-year-old female told the Reuters reporter, “It’s really messing up with my spring break. What is there to do here other than go to the bars or the beach? And they’re closing all of it. I think they’re blowing it way out of proportion. I think it’s doing way too much.”