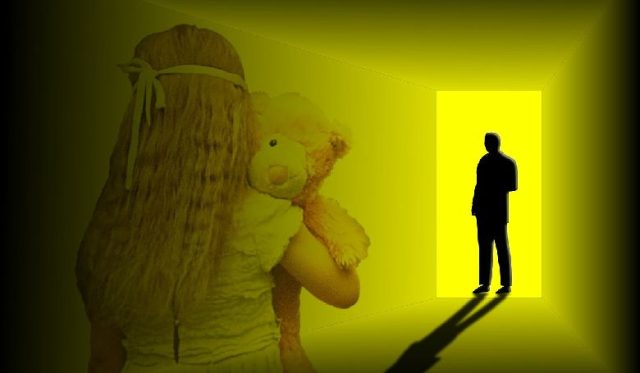 These days, more and more people are now becoming vigilant on the issue of pedophilia and child trafficking. It is not only a good thing but also important because this kind of social problem is still much very alive today and children who become victims suffer from this for a long period of time. According to the National Center for Missing & Exploited Children’s 2019 report, “of the nearly 26,300 runaways reported to NCMEC in 2019, 1 in 6 were likely victims of child sex trafficking”. Meanwhile, according to the Global Missing Children’s Network (GMCN), there are hundreds of thousands of children missing every year in Europe and USA while tens of thousands are also reported missing in countries like Australia, India, Canada and other Asian countries. Sad to say, there is no doubt that some of these cases are sex trafficking and pedophilia related.

According to Britannica dictionary, pedophilia is “a psychosexual disorder, generally affecting adults, characterized by sexual interest in prepubescent children or attempts to engage in sexual acts with prepubescent children”. Pedophilia is not new in many societies, but serious studies about this disorder only started during the early 1980’s. According to experts, it is a kind of disease characterized by neurological abnormalities and psychological disorders which doesn’t have a cure yet, though has known therapies that “could reduce the incidence of a person committing child sexual abuse”. However, although this is a kind of psychological issue, society in general considers this a major social and moral problem or corruption and sees pedophiles as disgusting degenerate perverts worthy of total punishment. Most people see pedophiles as psychopaths and sick predators.

During the past couple of years, many prominent and wealthy individuals have been arrested and indicted with crimes of pedophilia, child molestation or child sexual abuse. These scandals became the main reason why the issue of pedophilia gained global media spotlight and news headlines. Stories of pedophiles like Jeffrey Epstein and Jimmy Savile helped bring the issue of pedophilia got international public attention; even lead the way to various conspiracy theories which were seemingly compelling. Although these two individuals are aleady dead, apparently they can be very instrumental in finding and arresting rich and powerful pedophiles, called the pedophile elite ring, that believed to be currently at large in today’s society.

So, many institutions have gained public attention and became the subject of contempt due to the alleged involvement with pedophilia and child trafficking. Some of these institutions are foster homes that houses children either neglected by parents or orphaned by parental death and some were also cared for because their parent/s were either incarcerated or admitted to mental hospitals because of addiction, mental illness, etc. Even major religious institutions like the Vatican or the Catholic Church are also found to be seriously infested with pedophiles and child molesters. In the recent years, endless scandals and arrests have been happening within this institution; leading to more cases surfacing. Sad to say, many of the criminals, which are priests, were not being put in jail but instead kept in the Vatican, called “house arrest”, for a so-called “rehabilitation and re-education”. Because of this, many critics claim that it is not a way of punishing sex offenders but of protecting them.

In general, many of these horrific child abuse stories remain unsolved and still needs public attention and actions. Good thing there are many organizations today dedicated to solving this social ill. If you want to learn how to protect your child from pedophiles and sexual predators, check these two links: