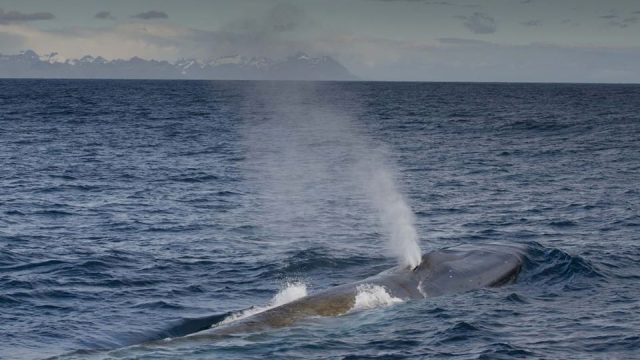 In South Georgia, USA, blue whales are being spotted showing up again after three years of surveys by the British Antarctic Survey (BAS). This is good news for many people who are working hard to protect these amazing sea creatures. Since commercial whaling was banned in 1986 through the effort of the International Whaling Commission (IWC). Whaling and sealing have been widely carried out in South Georgia that’s why members of BAS were very excited to announce this good news.

There are different types of whales. One is called the humpback whales. These are migratory species that are thought to be the friendliest whales. One of their characteristics is that they emit sounds for communication and for marking their territory. They commonly eat planktons and small fishes. They can be usually found in many parts of the world; places like America, Australia, Japan, Mexico, South African, Hawaii, etc. This kind of whale does breaching, or by jumping completely out of water that’s why some parks include them for their acrobatic skills.

Meanwhile, another whale is called Orcas or the “killer whales”. They are toothed whales and technically a member of the dolphin family. This predator can also be found in many oceans in the world and they hunt different kinds of species including dolphins, sea lions, salmons, birds, sharks, octopus, squids, and even larger whale species. Ironically, they are sometimes picky and only eat specific parts that they deemed tasty. For example, on one video, they have been caught to only eat the tongue of the calf that they caught.

Orcas typically don’t attack people. There are different theories why these giant carnivores don’t see humans as food and one of these is that it’s not in their culture to eat humans. This is because for millions of years, their ancestors have never eaten humans and some thought this is because they don’t find humans tasty. However, there is not established scientific proof for this theory. Perhaps humans just don’t resemble their typical mammalian diet. Up to these days, there are almost no reports about orcas eating people in the wild. On the contrary, orcas have been observed to be friendly with people; they seem to understand communication and can even be trained to bond, cooperate, and perform with humans.

Of these blue whales spotted by BAS back in 2018, there were 36 reported separate sightings. Blue whales can grow up to 30 meters. They were hunted for years for their meat, blubber (for food and fuel), and baleen which is used for construction materials and other products. All in all, there were 55 blue whales were seen which is very rare since 30 years ago. Unfortunately, Japan, Norway and Iceland continued to practice whaling. Japan claimed they continue doing it for scientific purposes while Iceland does it since 2006 for commercial reason. According to BAS, within 60 years, there were 176,000 blue whales killed until IWC called for a ban. Unfortunately, industrial whaling was the main reason for the blue whale’s disappearance.