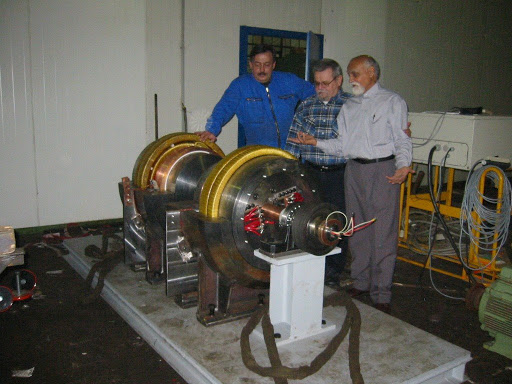 What if we can use a technology that generates energy without using fossil fuel or without depending on coal or nuclear power? What if the devices and all the essential electronics that we humans use daily can use energy from free energy technologies? Do you think industries that supply us the power today can still profit? Do you think they can still hold political power over society? Of course the answer to this is obviously no! And so the last question is, if you are that powerful and own the technology that supplies the energy society is currently using, would you give up the profit and the power?

So it makes perfect sense to say that we as a society today is still being held captive through the shackles of these dominant forces that controls the many aspects of our daily affairs, psychologically, economically, and politically. The free energy technology exists since the beginning of the industrial revolution; it is the unknown part of our history. We don’t hear much about it because of so many efforts these seemingly invisible specters are doing to keep everything in darkness. From national governments to the media, these major bankers and super wealthy industrialists are still overwhelmingly successful in perpetuating their control on so many levels. They will do anything no matter what it takes just to keep it away from the public domain as it will surely take away their power to control. What they offer us instead is not really totally environmentally sustainable such as the wind and the solar power.

Free energy technology means putting the power on our hands; it means we will become independent and we will be no longer enslaved through the value of money that these wealthy few have monopoly over. This is the reason why it remains forbidden. As a source of capital, it just simply means that we individuals can freely participate in the economy and flourish in abundance without dictates and mandates from the controlling classes. Of course this also comes with genuine responsibility that’s why education must also be enliven from the grassroots to the institutional level. Having access to this is way more beneficial not only to us people but also to our environment as it means we can operate industrially without producing so much waste and carbon emission; not hundred percent clean but at least way far more better. This has been demonstrated repeated through countless inventions that are coming out every now and then. The evidence of this is overwhelmingly available in the internet; no matter how the corporate media is suppressing them.

Throughout history, all sorts of dirty tricks and deception have been made by the wealthiest elite just to suppress information regarding free energy technology. Aside from using sell out experts, they also use even science itself just to maintain their dominance by funding all sorts of efforts that discredit many inventions of successful scientists such as Nikola Tesla, who gave us the AC power, radio transmission, and induction motors, etc., Stanley Meyer, (water fuel cell), John Kanzius (sea water to fuel), T. Henry Moray (radiant energy device), Dr. Robert Adams (permanent magnets), among many others. Other free energy technologies that are up to now still not available, or at least not totally, for the public to utilize and develop are Mechanical Heaters, Implosion/Vortex, Super-Efficient Electrolysis, Solar Assisted Heat Pumps, and Cold Fusion. These, among many other underdeveloped technologies and devices, are sometimes being maliciously debunked and postponed and the people that support these kinds of technology are being labeled as “conspiracy theorists”.

Not only that, sometimes, people and inventors who are in this movement are being demonized, intimidated, bullied, and sometimes murdered. Some of them have been victims of character assassination or even paid just to stay silent. This is why some are forced to continue covertly and operate outside the so-called legality just to avoid being persecuted, if not severely punished. However, every now and then dozens of new inventions surfaced and are being promoted for the reason that the truth about free energy technologies cannot be really totally suppressed. No matter how they destroy its reputation by instilling a climate of public distrust, facts and benefits of these free energy technologies will always prevail.

For you to learn more about many exciting and essential facts about free energy technology or if you want to join the movement (please do), check out these links below and always keep your self updated.