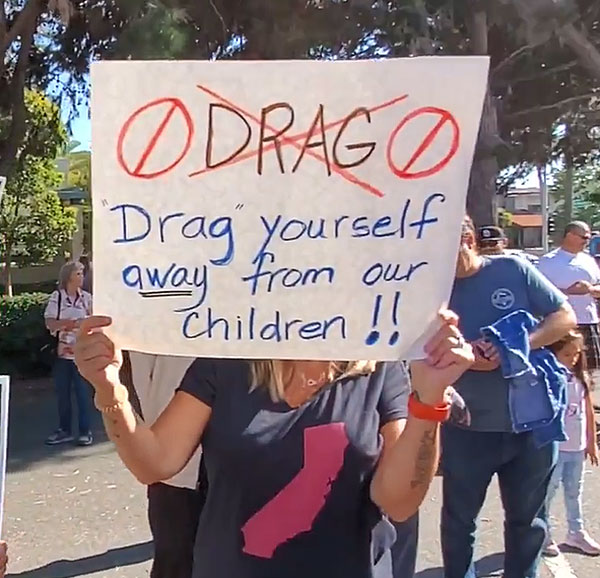 Transgender issue is a very complex and sensitive issue. Many people talking about this and raising concerns are sometimes being accused and called many names such as transphobic, homophobic, religious bigot, sexist, and sometimes, as ridiculous and irrelevant as it sounds, an authoritarian right-winger even though it has really nothing to do with discrimination or political spectrum. This happens to people, including some members of the LGBT community and those who identify as feminists themselves, especially when they don’t agree with the politics of transgenderism. Worst is, some have been chastised in their workplace for not agreeing with some of the ideas that are associated on this issue especially those that opposes their personal views about gender, sexuality, or biology.

In some states, it is now illegal to question or oppose transgenderism. Because of this many stay silent as they are afraid to disagree or express dissent out of fear of losing their job, ruining their reputation, or losing their children. However, these days more and more parents are now speaking out for reasons that one can easily understand especially if they are well-informed about the topic and the science behind gender. Also, parents are the ones who know their children well so understandably they are the ones that should hold valid arguments concerning their kid’s real gender identity.

In addition, given that the child has not yet reached the legal age to obtain enough knowledge for informed decisions, it is obvious that parents are the ones who should give consent or decide and not the school or other people regarding medical or legal matters especially when it comes to serious aspects like surgery and medication. So when it comes to this issue, why are many parents feel so powerless and frustrated and sometimes furious? To know the answers to this question, let’s explore the different arguments that they are trying to raise.

Jay Keck, a father who has a daughter who attended school at Hinsdale District #86. He’s part of the Kelsey Coalition, an organization that promotes policies to protect young people from “medical and psychological harms” of transgender medicine. He is also the Chicago leader of ParentsofROGDKids, a support group for parents who have children suddenly identifying as transgender. Telling the story of her daughter, he stated:

“She first came out as transgender to her school, and when she announced that she was a boy, the faculty and staff — who had full knowledge of her mental health challenges — affirmed her. Without telling me or my wife, they referred to her by her new name. They treated my daughter as if she were a boy, using male pronouns and giving her access to a gender neutral restroom.”

“In an IEP meeting just after she told us about being a boy, I told the school that our wishes are to call her by her legal name at all times. The social worker present at the meeting stated that we have that right to make that request, so I assumed school staff would follow our directive. I followed up that meeting with an email, but later learned that my request was ignored and school staff continued to refer to her by the male name.”

“In my attempts over the past several years to get help for my daughter, what I have learned has shocked me. The National Education Association has partnered with the Human Rights Campaign and other groups to produce materials advocating automatic affirmation of identities, name changes and pronouns, regardless of parents’ concerns. In 18 states and the District of Columbia, including in my home state of Illinois, there are “conversion therapy” bans, which prevent therapists from questioning a child’s gender identity. No wonder my daughter’s therapist would only speak to me off the record.”

Then he also said:

“The department’s “Transgender Student Guidance” document refers educators to the state’s “Child Abuse, Neglect, and Missing Children” webpage, suggesting that school staff might be encouraged to report parents if they disagree with their child transitioning. When parents are willing to go along with their child’s transitioning, the process can move at a frightening pace. Doctors with the Endocrine Society rewrote the guidelines for treating young patients who say they are transgender in order to give hormone treatments to children younger than 16 years old. Even more concerning, surgeries such as mastectomies and orchiectomies (the removal of testicles) are performed on teenagers.”

“When our daughter returned to high school to finish her senior year, I contacted the principal to let him know I expected her legal name to be used at graduation. Once again, the school refused to honor my request. Now, thanks in large part to my daughter’s school, my daughter is more convinced than ever that she is a boy, and that testosterone may be necessary for her to become her authentic self. She turned 18 in late June and life-altering, dangerous testosterone injections are just one “informed consent form” away. She can turn to any one of Illinois’s 17 Planned Parenthood clinics for cheap and easy access. No extensive mental health assessment will be required, and there will be nothing I can do to stop her.”

Another group of parents who preferred to be anonymous also stated in their article:

“Parents like us must remain anonymous to maintain our children’s privacy, and because we face legal repercussions if our names are revealed. Parents who do not support their child’s gender identity risk being reported to Child Protective Services and losing custody of their children.In New Jersey, the Department of Education officially encourages schools to report such parents.”

“…the media glamorize and celebrate trans-identified children while ignoring stories like mine. I have written to well over 100 journalists, begging them to write about what is happening to kids. I wrote to my representative and senators, but have been ignored by their staff. My online posts about my daughter’s story have been deleted and I have been permanently banned in an online forum. As a lifelong Democrat, I am outraged by my former party and find it ironic that only conservative news outlets have reported my story without bias or censorship. We parents are ignored and vilified, while our children are suffering in the name of inclusivity and acceptance. I hope that some open-minded Democratic lawmakers will wake up to the fact that they are complicit in harming vulnerable kids. I hope that they ask themselves this question: Why are physicians medicalizing children in the name of an unproven, malleable gender identity? And why are lawmakers enshrining “gender identity” into state and federal laws?”

“At age sixteen, my daughter ran away and reported to the Department of Child Services that she felt unsafe living with me because I refused to refer to her using male pronouns or her chosen male name. Although the Department investigated and found she was well cared for, they forced me to meet with a trans-identified person to “educate” me on these issues. Soon after, without my knowledge, a pediatric endocrinologist taught my daughter—a minor—to inject herself with testosterone. My daughter then ran away to Oregon where state law allowed her—at the age of seventeen, without my knowledge or consent—to change her name and legal gender in court, and to undergo a double mastectomy and a radical hysterectomy. My once beautiful daughter is now nineteen years old, homeless, bearded, in extreme poverty, sterilized, not receiving mental health services, extremely mentally ill, and planning a radial forearm phalloplasty (a surgical procedure that removes part of her arm to construct a fake penis).”

“In only one visit, and with just a little bit of blood work, Planned Parenthood will cheerfully enable young women and men to pursue their “authentic” selves through cross-sex hormones. All that’s needed is a few bucks and signing a form that the risks have been disclosed and understood. That is the route my daughter took at the tender age of twenty, bypassing her psychiatrist altogether. My husband wrote to Planned Parenthood, explaining her mental-health history and providing her doctor’s name and telephone number. Planned Parenthood’s lawyer wrote back curtly that they presume anyone over eighteen is capable of giving informed consent. No matter what anyone thinks of Planned Parenthood’s other services, the fact that they will instantly prescribe powerful hormones with many unknown long-term effects—especially to people with underlying mental-health issues—should shock one’s conscience. People need to know that this is Planned Parenthood’s new line of business.”