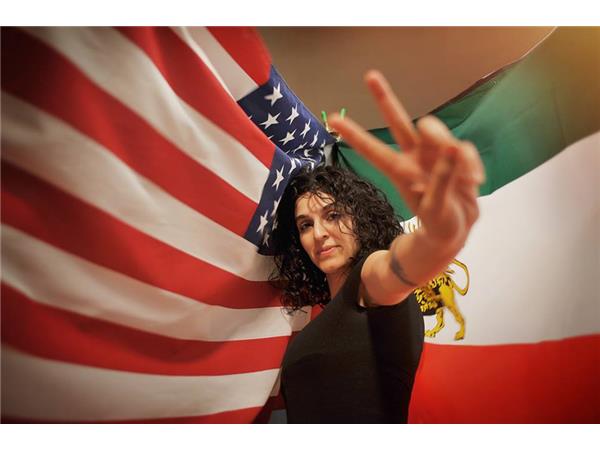 There has been a lot of opinion and information about the Iran-America conflict right now spreading in the internet and the media especially after Qassem Soleimani has been killed, including Abu Mahdi al-Muhandis, last January 3, 2020 through a missile strike in Baghdad International Airport. Soleimani was an Iranian Major General in the militia Iranian Revolutionary Guard Corps. However, most of these opinions were coming from the mainstream media narrative.

So in connection to this, it will be helpful to present some opinions from people who know more or what we consider expert about this very complex topic. However, it is important to note that the person who is giving an opinion here does not support any war on any country. This is according to the person itself. In her video, she also sympathized to the family of all the innocent civilians that has been killed in the shooting down of the Ukrainian airliner last January 8.

So now let’s hear some opinion from Erica Saghar Kasraie. This is based on her Youtube video that was uploaded last January 7, 2020 and is currently trending right now (5,494,036 views). Currently, she is the Vice President of Human Rights Policy for the Middle East with the Victor Marx Group. According to her short biography in her Youtube channel, she is:

“…an Iranian-born activist helping the religious minorities. She organized and supervised Congressionally-hosted global conferences in Washington for activists to plan the constitutional future of a free, democratic Iran. She was Executive Director of the Iranian Freedom Institute and a research assistant at the School of Culture and Security at the Institute of World Politics, educating the public and lawmakers around the world.  Erica and her family fled to Italy shortly after the 1979 Islamic Revolution. “

Speaking about the majority of the Iranian people, she said:

“Do you know that this man has not only the blood of Americans on his hands but the blood of Iranians, Iraqis, Yemenis, and Afghanis? Since when did we start mourning the death of a terrorist? The people in Iran are happy that this man who is responsible for the slaughter of so many people died. Where was the outrage last month when the regime slaughtered 1600 kids for a peaceful protest? Where is your outrage for the thousands of political prisoners in Iran right now? For most of the people on the ground, they don’t hate America, they don’t hate Donald Trump.”

According also to her, there were many hashtags on Twitter expressing gratitude for the death of Qassem Soleimani and that people in Iran are happy about what happened. As a cultural tradition in Iran, she added, people bake cakes and give away cookies when they feel that there is something wonderful happening. She also continued:

“Do you people don’t know that most people in Iran are not free? In Iran there is no freedom of religion, there is no freedom of speech, no freedom of peaceful protest, and for anyone who disagrees with the regime, they are arrested, they are jailed and tortured. There are many videos coming out right now that are just propaganda. The regime has been saying “death to America” for forty years. They force us in school to say “death to America”. I was 7 years old; I didn’t know what I was saying. The people that are saying that right now, they are getting paid; they are the ones who get paid to kill people on the street. The majority of the people in the Middle East don’t hate America. They don’t hate Donald Trump. “

In her another video, she also said:

“I wish that the Iranian government wanted to live in peace with the rest of the world but they don’t. The Iranian people do.”