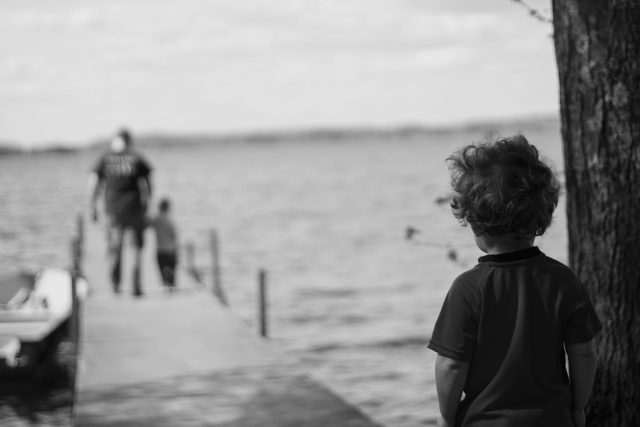 In today’s households in most countries of the globe, divorce rates are still high. In the website marriage.com, some of the main factors listed are: constant arguing, infidelity, money, improper communication, not being prepared for marriage, weight gain (sex?), unrealistic expectations, lack of intimacy, abuse, addictions, lack of sincerity, irreconcilable differences, jealousy and insecurity, and control struggles in relationship. In addition, there are other possible reasons for divorce that are often less discussed such as belief system, ideology (especially radical or fundamentalist ideologies), and cultures. In today’s high-tech and social media driven society, people can easily access tools that can also adversely influence their thinking. However, in divorce, another party that is severely affected is children.

It is impossible to deny that children’s well-being is at stake and divorce does not only affect them at the moment when it happens but also in later parts in life. It impacts their personal as well as their social aspects such as their skills in socialization/interpersonal relationships and their performances in school. In 2016 for example, in the US there were approximately 35 percent of children under 18 years old live in a single-parent home (Annie E. Casey Foundation’s website). That is to say there were 25 percent (18 million) of American children live with their mother alone. On the other hand, there were 8 percent of children in the American households live with a father only.

So given that the large percentage of these situations suggest that most of these children are fatherless, let’s now see how fatherless homes really looks like (for now) through citing some data from statistics. This might be less relevant to some countries but the main point in this article is to show what might be the consequences of this situation on many aspects of the children’s life. Although, situations might also vary as results could be different depending if the child is a male or a female. Nonetheless, it is still helpful to see these situations as examples.

In the 2016 U.S. Census Bureau, it shows that single-mother households are more likely to live below the poverty line. In the American Academy of Pediatrics (AAP) data, children from poor households, which are the ones that don’t have enough access to advance learning tools such as computers and the ones that cannot take advantage of other intellectually stimulating activities, are more likely to have lower performance in the academic aspects and are likely to experience “developmental delays”. So clearly, poverty really affects their learning ability.

Data also shows that children who grow up in poor households also are more likely to experience behavioral and mental health issues. Children living in poor environments or neighborhoods, especially those who often witness family disputes, abuse, and addiction, are more prone to depression, substance abuse, incarceration, obesity and over-all health and developmental issues. In addition, poverty also usually leads to lack of access to healthcare. All these highlighted negative effects of fatherless households are common in myriad studies and reports. That’s why it is important to note that father figure is always vital all throughout childhood.

To learn more about this topic, we highly recommend checking this link: