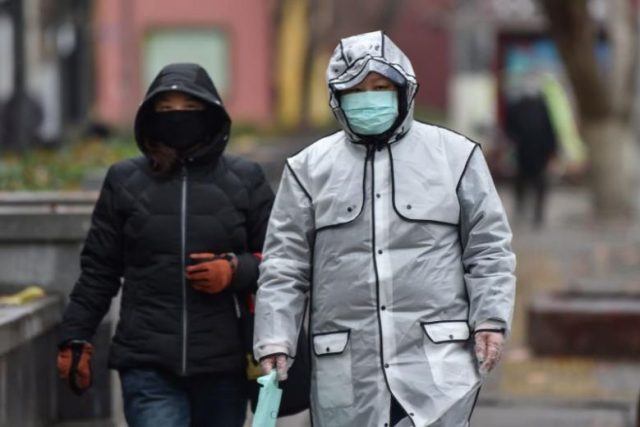 Many people today are panicking on social media regarding the issue of 2019 novel coronavirus (2019-nCoV). According to the World Health Organization (WHO), it is “a large family of viruses transmitting between animals and people that cause illness ranging from the common cold to more severe diseases such as Middle East respiratory syndrome (MERS-CoV) and severe acute respiratory syndrome (SARS-CoV)”.

There are so many theories spreading on the internet stating different claims about the disease. However, many of these claims are “unconfirmed” and coming from unreliable sources. Reports like people in China die suddenly in the streets, bat-eating in China is the main cause why the virus has spread to humans, there is already a vaccine against the virus but the government does not allow its use, and so on. But sad to say it causes more panic and anxiety to the public. Some news also, although partly legit, seems like intentionally curated to cause such panic to the general reader. One example is like the one stating about a 5-year-old boy said to have been found infected with the virus in Cebu City (Philippines). However, later report of the same media company claimed that indeed the boy did not have the virus.

Another disturbing trend in Facebook is these people sharing news that has headlines “suggesting” a confirmation that more than a hundred Chinese people coming to the Philippines from Wuhan are infected with the virus. However, when you try to read the whole context of the article you will see that these Chinese people are in fact not infected with the virus. This is the reason why they were allowed to enter the country in the first place. So it seems that people who share the stories do not really read the whole context of it; they only read the headlines and then immediately panic and repost them. But usually, this is due to the trick being used by the media company to help popularize their story. Unfortunately, many netizens easily fall on it.

It is indeed a fact that the ground zero of the virus is Wuhan in Central China. This city has a population of 11 million and cases of infections, according to the Chinese authorities as of January 26, 2020 – 11am, have reached 1,995 and deaths rose to 56. However, what the reports failed to emphasize is that we cannot really tell if the virus is the only reason for these deaths since according also to the official reports, some of those people who died has “pre-existing health conditions”.

As of January 26, various media sources have reported that there are already 3 cases in the US and also in 3 France, the only place in Europe. Various reports also said that there are already infections in South Korea, Japan, Nepal, Thailand, Singapore, Vietnam, Taiwan, and Australia. However, there are no final confirmations and no deaths reported yet on these places except in China alone. Even in California, the NY Times report says the patient is already in “good condition”. Except from China, most of these stories in the media ended with the virus “being under control”. And lastly, the WHO also has also not yet declared this China outbreak a global emergency. So this can be a good reason for people not to panic. Of course it is important to take good care of our health and learn more about this health issue but sharing all those outrageous “fake reports” in the social media is not a good idea.