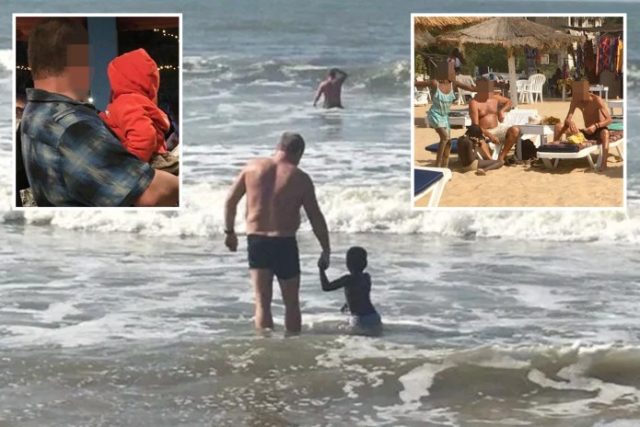 A report is now circulating in the internet regarding the rampant pedophilia problem in Gambia, Africa. According to this report, pedophiles, mostly British men and women in their 50’s and 60’s, are paying Gambian parents to abuse their children. However, not all parents are believed to be aware of this. Gambia is a very poor country in Africa and tourism by European and UK citizens help desperate locals survive financially. In some place, you can see many African minors and children being accompanied by middle-aged tourists looking for adventures and sometimes, sexual preys. In some places, it is told that you can see girls between 6 and 8 in restaurants eating together with tourists believed to be pedophiles.

What’s worst, according to some witnesses, you can even sometimes see Gambian toddlers in the hands of British pensioners roaming the city streets or swimming in beaches, enjoying their holidays in the “paradise”. Gambia was a former British colony and is populated mostly by Muslim Africans. In a 2004 article by The Guardian, it was said that UNICEF found out through a survey that sex was the main reason why Europeans choose this place for their holidays. However, these European tourists include citizens from Denmark, Sweden, the Netherlands, Norway, and Germany. It was also stated in this article that:

“’The Gambia is a vulnerable target for pedophiles, which enter the country in search of a low-profile location to commit their crimes with impunity,’ the report stated. The report said sex tourism prostitution has engendered consumerism, with girls saying that being a sex worker ‘means having access to lots of cash to buy jeans, shoes, to go to beauty salons for hair and nail care, to show off at beach parties and nightclubs’.”

It was reported more than 15 years ago that pedophilia and sex tourism was already a major problem in Gambia, with underage girls and boys usually fall as victim. It was also said that a quarter of the population survive on tourism economy that’s why hotels and holiday destinations are the biggest source of income. Along with this, pedophile predators that are looking for cheap sex flock to Gambia for a reason that they can pay for young prey for as low as 140 dalasis or 2 British pounds. It was also reported that some parents are aware of this but somehow allow it because of poverty and desperation.

As of now, Gambian authorities are working together with business owners, especially hotels, to fight this seemingly hopeless problem. However, the country’s culture of inferiority and naiveté make this problem difficult to stop. Many children and teenagers are still being preyed upon by abusers, pedophile men and women, in beaches and streets. This happens because the government of Gambia is not doing enough to enforce the law for a reason that, according to some people, they fear that the economy will totally collapse when tourism also collapses.