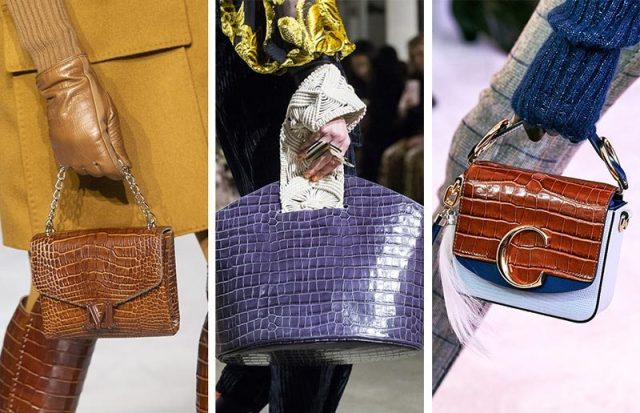 Louis Vuitton, Hermes, Chanel and Prada are some of the luxury brands that use exotic animal skins, specifically crocodile, snakes, alligators and other reptile skins, on their products. Although it was reported that Chanel already banned the use of these exotic skins, you can still buy products of this kind from this company online, including those that are made of skin from lambs and calves. These products ridiculously cost around $1,500 to $50,000, depending on the model and the size and from where it is made. Clearly, it is a form of greed and cruelty by these rich companies profiting from this kind of animal suffering.

Just recently, People for Ethical Treatment of Animals (PETA) Asia launched another campaign to pressure these companies to ban these kinds of fashion products. According to their investigation, these animals suffer immensely during the process. Makers usually mutilate the bodies of these animals through decapitation and ripping off of the skin typically while still alive. In Thailand for example, these animals are mostly raised and crammed in filthy tanks or pools, making it hard for them to move; resulting to different kinds of abnormalities. In some instances, workers also use chisel and hammer, if not electrocution, to paralyze the animals; clearly making them suffer the agonizing pain of slow death. The industry in Thailand has the largest farm, torturing and killing 700,000 crocodiles per year.

Another disappointing irony is that some of these brands advertise their products deceptively by claiming they were made ethically. However, PETA investigations found out and proved that the process to create these luxury products is crueler than one can imagine. Bludgeoned with hammer, if not shot in the head, these helpless animals die horribly in the name of fashion and vanity. Usually, snakes head are nailed to trees and their bodies cut open from one end to another and then discarded while still conscious.

According also to PETA, there are laws in some places that prohibit this kind of process and protect these animals such as the US. However, the problem is that these laws are not totally enforced, allowing these companies to continue profiteering from the sickening cruelty. Aside from illegal poaching, other illicit actions are also involved in this process. In addition, according to PETA, this industry is also tremendously wasteful as it can sometimes take four animals lives to kill just to produce a single bag. “As a human, a being with a rational mind and a heart capable of feeling empathy and compassion, we must work together to end this cruelty”, PETA stated.

To help PETA end these cruel practices or to learn more, follow these links bellow: