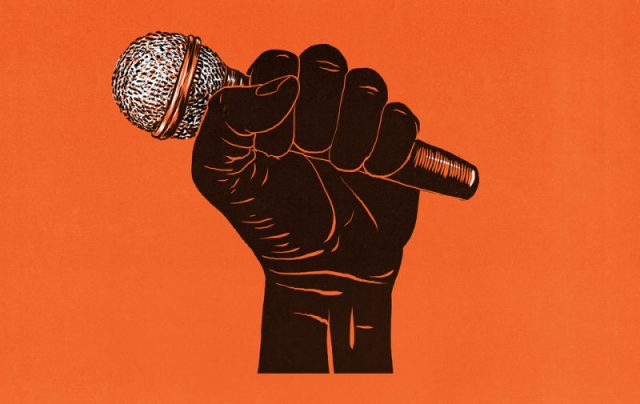 Music is essential to life. It is the blood vessel of culture, the mirror of existence, and the language of the soul. As we make music, we create a vibration that speaks who we are and what do we want in this world we live in. And as we play music, we feel a connection to deeper self and to others. For many, music also heals and gives motivation, inspiration, and freedom to express our views and emotions that’s why it is important to make and play music. Music is also an important part of the history in many parts of the world as it carries the important events, through lyrics and even its trend or genre, that deals with such moments. Buried in the soil of time, along with wonderful movement for humanity, are meaningful music that raised humanities spirit and helped us connect globally.

If used properly and efficiently, music as a tool that communicates through language beyond words can be a powerful medium to direct our own progress and evolution as a human species. However, today most music you can find in the mainstream bears almost zero significance to what our society really needs. Today’s famous music does not talk about principles and practices that could elevate us humans beyond the privations of reality that causes sufferings on the psychological and spiritual level. The music that supposed to uplift our spiritual aspects of existence, used since the ancient times, is instead being used to further degrade us and keep us in the dark labyrinth of consciousness. For example, the melodies and lyrics of many famous songs are mostly written only by very few professionals who get paid making recycled songs that would surely hit the mainstream chart, just because they are catchy and appealing especially to teens.

If we must use the power of music to advance our capacities, individual to institutional, there are probably several options we can think of as to how it can possibly be done. However, we must first reconsider how we should look at music, how should artists maintain its efficiency as an important cultural weapon against the perpetual dullness being imposed to us within this monopoly driven society of capitalism. Unlike paintings and other forms of art, music is both verbal and non-verbal language that can be communicated in varying ways using different vibrational sounds and tones that can affect the human brain and may result into certain types of emotions. Because of this, it is being used in other art forms such as dances and movies or films as it can deliver stories clearly to its listener. While it has, of course, always been a commodity, it is still necessary to put it mind that all through histories there has also been so many successful independent musicians. Many of them spoke about freedom for individual, building community, and their ideas of a better world.

That is why, one thing we can do to make music a tool for our personal growth is to learn about musical genres that are conscious and that speaks about socio-politics, positive things, philosophies, and outlook in life. Some examples of these are folk music, reggae (except the mainstream love song reggae), punk music, ska, hip-hop music, and others. There are also metal bands who are very political and conscious, but these kinds are very few and only for those who like noisy music. Historically speaking, these genres empowered a lot of youth all over the world and raised their consciousness on a very significant level. So, if you want to learn more about these genres and the specific bands or musicians we are talking about, you can check out these websites: