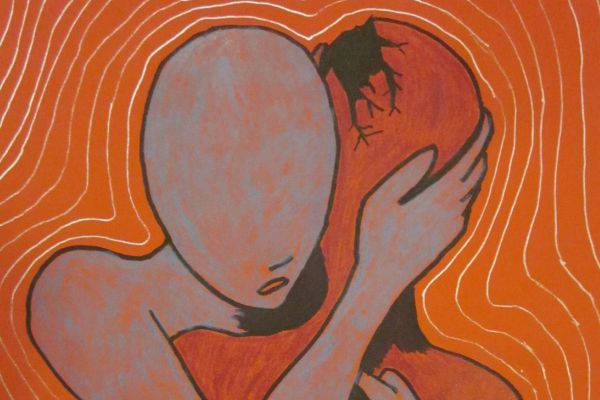 Based on the experience and the ideas of Douglas Bloch, an author of numerous books, a mental health educator, and a depression survivor.

At some point in our life, we may have been depressed or experiencing mental health problems. Apparently, this is common in this era since the baby boomers down to the millennial generation. Sometimes, out of the blue, problems occur but usually, many certain situations also trigger the brain causing unusual and pathological expression, affecting our physical and emotional condition. For now we still don’t have simple answers as to the causes of this health epidemic but however, we are still doing great in trying to figure out more identifying areas using science and even spirituality. Somehow, we are effective in dealing with it in whatever ways our intellectual and technological capacity can do.

While it is true that the environment plays a big role in a person’s mood, it is undeniable that biochemical predisposition also adds up as a reason for a mental health problem. These two things are important factors to look at when a person suffers serious episodes of depression and anxiety. However, definitely, there are reasons to be hopeful since many scientists believe that no matter how problems manifest or occur, our brain can still possibly cope in many different complex ways, able to rewire itself in accordance to the perceived or learned stimuli. Our brain’s plasticity enables it to respond to its environment in a very unique way, making it perpetually adopting, thus, structurally changing not just during childhood but also all through the adolescent stage and beyond. This means that healing is really possible. This is a very important discovery. It revolutionized the way we think about neuroscience and offers another promise that we humans are not always victims of our genetic makeup and predisposition.

To make it more clear, here are some the environmental triggers we are trying to talk about here. Factors such as the death of a loved one, separation or loss, divorce, and any interpersonal conflicts can be a possible cause for depression. In addition, physical illnesses, especially chronic ones, can also be one of the major reasons. Other examples we can give also are heart disease, cancer, and many other serious health problems. Sometimes, things also like adverse reactions to prescription drugs can be included on the list. Others also point to cases like social isolation. There were studies strongly supporting this claim. For example, a British study shows that “single parents were more likely to become depressed than married ones”. And of course, when it comes to depression and anxiety, we can also point to heavy substance abuse such as serious drug or alcohol addiction.

There are many types of depression and anxiety that is why there are also different kinds of interpretation, perceptions, and of course, treatment. Again, some people believe in the genetic and biological factors of the illness while others also look at the environmental and social causes. However, we are so lucky that a theory called “fertile ground” came, claiming that “depression is a genetic disorder of the mind-body-spirit which occurs when predisposing factors combine with environmental stressors”. This means that typically there are two factors present in a case of clinical depression: biochemical tendency and environmental or social psychological stressors. So this means that aside from addressing the biochemical aspects, strong social support is also needed for mental health recovery. It means that aside from providing the patient healthy nutrition, healing can also be done through regular gatherings, group meditation and prayers, celebrations, games, group talks, nature therapy, doing arts, playing music, and other collective activities. In this way, the patients need for social connection is addressed; allowing him or her to express and communicate his thoughts and emotions across.