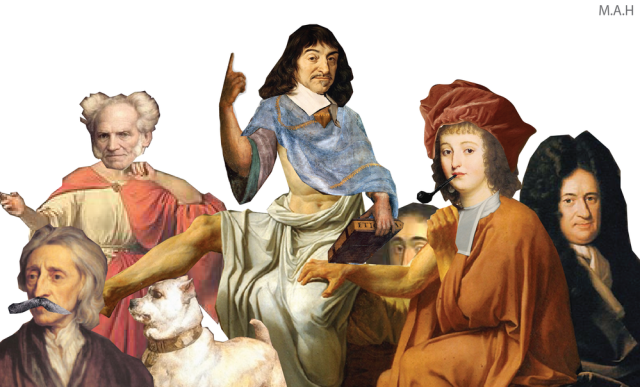 Throughout history, various philosophical movements existed in different parts of the world. It has been a monumental part of the legacy of humanity through its incredible cerebral capacity to grasp, comprehend, interpret, theorize, and then rationalize things around him. Athens, for example, has the Stoic movement. Stoicism is a school of Hellenistic philosophical traditions founded by Zeno during the early 3rd century BC. It is a philosophy that humans, as social beings, can transcend suffering by accepting life as it presents itself while also using its freedom and capability to overcome circumstances which do not serve his purpose and help him flourish. Through the power of his mind, and with his informed logic, he pursues happiness with ethics and his inclination to the laws of the natural world. Stoics believe that one has to really understand the organic world to go beyond fear, pleasure, or pain.

Today, many great philosophers of history, such as the Stoics, are still being read and celebrated. Not in a grand sense but somehow they are still bearing significance to our collective cultural and political facet as a global society of this day and age. All throughout time, it is undeniable that philosophical movements and school of thoughts have helped humanity and its institutions survive and thrive. They have been one of the major driving forces of our collective intellectual evolution. Philosophers have expressed grave appeals about our existence and offer answers to important questions in life. They helped humanity in trying to figure out the best ways to live, define life, and also how to face challenges we all have to experience. They brought light to some dark areas of our being and in doing so, they enabled our spirits to defeat the overpowering fear, preventing it from dominating our hearts.

Another example is the Existentialism movement of the late 19th century. This philosophical movement has started to flourish during the time a few years after the Second World War. So much like the Stoic philosophy, one of the main concerns of the existentialist philosophers is the importance of freedom for the individual and how to exalt one’s self amidst the absurdity of the society and the reality composed of superficial meanings and values. For a very long period of time, existentialists claim, people have been so conditioned to just obey orders and follow social norms, regardless if they’re good or deadly; enslaving oneself so comfortably in a homogenized and dehumanized consumerist culture. This is why an existentialist attitude is a deviation from that norm; a kind of a rebellious act. Following some of the thoughts and traditions of mostly early philosophers, famous existentialist thinkers such as Søren Kierkegaard and Jean-Paul Sartre have started to popularize this movement and influenced many intellectuals.

For many historical trials and triumphs by men, embedded in the fabric of societies are the varying philosophical notions from different ages. They have been a vital component of our collective desire and effort to comprehend our deep and unconscious psychology in connection to the nature of the world we are living in. And, with this being said, these are the two of the most important cultural movement of our long history. The ideas and visions of the great philosophers of these times have attempted to offer long term reassurance to help us reconnect to our rationality, empowering our spirit to fill the empty spaces within ourselves while also making sense of the future.