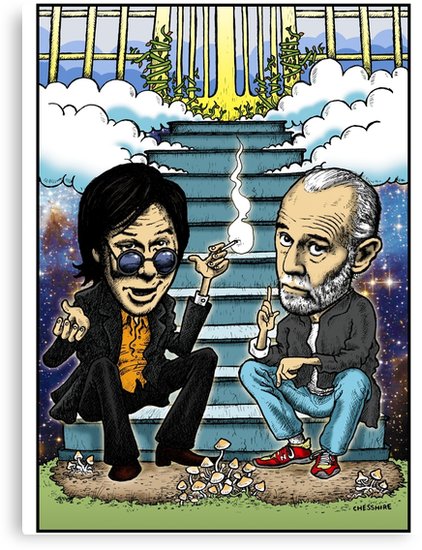 In today’s entertainment industry, of course, it is safe to say that we can still draw positive inspirations and additional wisdom to our lives for us to use against disheartening hardships and suffering we experience every once in a while. In life, we have to find different outlets for our pains and expressions; things that can help us cope with numbing daily stressors. And for some, philosophy is one of those defense mechanisms, mentally or psychologically. And since philosophy can also be experienced or expressed through comedy, many people are now embracing stand-up comedy as a good source of both laughter and wisdom for their mental as well as emotional health.

However, one concern is that this kind of industry is not yet accessible to many (and it may never be), at least in the actual sense especially in this context (Philippines). Although there are few stand-up comedy shows in this country (one is the group called Comedy Manila – http://comedymanila.com/), it is sad to accept that, to many people, stand-up comedy still means slapstick comedies by mostly gay comedians shaming, bullying, and degrading one another. Although thanks to the internet, people can now enjoy many options, including stand-up comedy shows that have some intellectual and philosophical tones or benefits on it at any time they wish. With just a computer and a good WIFI connection, they can now access a plethora of mentally stimulating stuff that also brings good laughter that we all need.

In some parts of the world, especially in the US and Europe, people learned a lot of things from stand-up comedy. This is because there are many stand-up comedians who love to philosophize and think about certain issues; critically analyzing them while also making intelligent humor and making different versions or stories with an intention to complain, question, suggest answers, offer a solution, or to just plainly mock. Through their usually un-apologizing dark sarcasm and biting wits, they can raise issues effortlessly and stir awareness effectively. Two comedians who are famous for this are George Carlin and Bill Hicks. Both are worth remembering when it comes to the genre we are discussing in this article. Although there were probably other more comedians worth mentioning, let’s just focus on this two for the purpose of “saving space”.

So both of them are social critics who like to philosophize about religion, history, arts, life’s ironies, social behavior, and of course, politics! Both of them established themselves successfully as dark satirists and both started to perform comedy at a very young age. Both of them are dead yet have left very timeless and relevant wisdom for people to think and learned from. One thing they both share is their criticisms about what both the US government and various religious groups have been doing all through history. They strongly spoke against wars, genocide, racism, imperialism, colonization, mindless consumerism, stupid Hollywood shows, and other things sane people would complain about.

Talking about wars and policies, Bill Hicks once said:

“Take all that money we spend on weapons and defenses each year and instead spend it feeding and clothing and educating the poor of the world, which it would pay for many times over, not one human being excluded, and we could explore space, together, both inner and outer, forever, in peace.”

This is a very intelligent and rational comment about how should governments and other major institutions use people’s money and taxes for the world to truly achieve real progress, peace, and abundance; never to die in hunger anymore.

In another show he commented about how lost humanity is during his time:

“We are experiencing a reality based on a thin veneer of lies and illusions. A world where greed is our God and wisdom is sin, where division is key and unity is fantasy, where the ego-driven cleverness of the mind is praised, rather than the intelligence of the heart.”

Here, we can really see how sincere Bill Hicks is and how he wishes to live in a world not dominated by deceit and governments oppressing their own people; and where economic and social suffering is not a common thing; and that people are not helplessly driven by toxic ideas of individuality.

Meanwhile, George Carlin also shares the same qualities in his performances. In one occasion, expressing frustrations to how children are being brought up by the society who mostly blindly follow and obey every government’s bad laws, he said:

About how religion is also doing the harm, George Carlin stated:

“Don’t give your money to the church. They should be giving their money to you.”

“I’m completely in favor of the separation of Church and State. … These two institutions screw us up enough on their own, so both of them together is certain death.”

He also sometimes expresses disagreement on what the school is doing to the American people by saying these:

“Once you leave out all the bullshit they teach you in school, life gets really simple.”

“That’s why they call it the American Dream, because you have to be asleep to believe it.”

And he also expressed frustrations about the apathetic and ignorant the majority is by saying:

“Never underestimate the power of stupid people in large groups.”

“Think of how stupid the average person is, and realize half of them are stupider than that.”

So again the point here is to show that both of them share the same dissenting sentiments, frustrations, complaints, etc., and that they clearly and deliberately expressed these through their brilliant comedic ideas and showmanship. And because of this, they are also both recognized as one of the most influential entertainers in America.