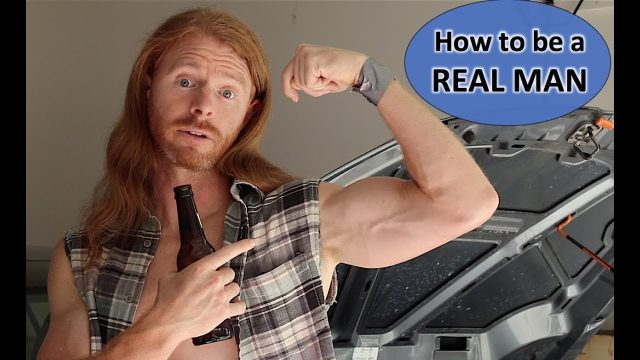 What is toxic masculinity? How does it sound to you? This is a vague term yet it has been around the gender political lexicon for quite a long time now. You can hear many individuals and personalities talking about it, demanding for this thing to be stopped or reformed. Generally, people don’t acknowledge it openly but however, we can’t deny the validity of some issues and concerns they are trying to say here. No matter what, perhaps we cannot really come up with a concrete definition of this term. Does it really exist? We can’t totally say yes or say no. So for this, we’ll instead talk about a few specific problems that we can observe. Perhaps, these are the things that they really try to mean when they say toxic masculinity.

It is visible and obvious that men have many things in common; just like women. And that common feature can sometimes also be called masculinity. So for example, there is a common trait of aggression among many men and it has been the nature since history. Since ages, men and boys compete with each other much like other species. You can see it in other species, for example, when they play with each other such as puppies, goats, etc. So maybe humans and animals really compete with each other both in healthy and unhealthy ways.

How about violence and aggression?

Violence and aggression can also be seen in the “hunter and prey” relationship of some animals. It can also somehow be likened to entropy, or just the typhoon causing havoc, for example. It can also be an angry tidal wave devouring parts of the earth indiscriminately. It can also be cocks or spiders fighting each other or snakes killing its prey. The point is, yes it’s possible that violence and aggression is an integral part of our biological functioning and evolution. But now given that through our brain we have the capacity to contemplate with our feelings and conscience as we have evolved to be intelligent mentally and emotionally, on our deeds and even thoughts, how can we change this counterproductive nature?

Through history, men, unfortunately, have been at war with each other for many different reasons. Don’t get me wrong, there are many bad and abusive women too. But murders, rapes, plunder; yes all these have been committed mostly by men, real evil or just ignorant submissive men; among many generations in history. It means that men are really capable of being that kind of stupid. So the question here is: how should we deal and really address these ridiculous yet destructive traits? For this matter, there will be many challenges since in our current society, there are still many harmful ideas and doctrines (through the media, schools, and religion for example) circulating around as a wrong example for many to follow. Usually, these notions are very dominating and oppressive to women just as much as how it is to men.

As one example, here in the Philippines, there is a mentality among some men (perhaps childish men) that if you have many children born from different mothers, you are some kind of a “real” man. It seems their concern is just to spread their genes. You can also see that the concept is being promoted in the Filipino mainstream pop culture. So typically these kinds of men engage in a relationship, cheating without guilt, and then impregnate women and then leave them after. Some take responsibilities to the child, many do not and leave without looking back. This is surely a very destructive behavior, therefore can also be considered a kind of toxic. Without a conscience, they run away from responsibilities while also being proud of this as if this is the right thing to do. This behavior, of course, has caused an epidemic of fatherless children. The irony sometimes is that some parents wanted to become grandparents desperately so these people are willing to tolerate this thing.

So how can we make these kinds of men become “responsible” in terms of individual behaviors, decisions, and choices? How should we educate and correct this kind of problematic thinking? How should we influence our young boys to avoid this and be “good”, meaning being cooperative and productive in the community without being a detriment to their fellows? In this age, people almost in many parts of the world have access to the internet so maybe they have to become aware on these issues so they can help and participate in creating solutions instead of allowing more problems. Also, given there are inappropriate cultures being propagated by some people or institutions amongst our society, intentionally or unintentionally, how should we start doing something to stop this?

There is no doubt that although there are inherent destructive aspects of masculinity, it is also true that many of these gender stereotypes has been taught and reproduced within the context of the culture itself. And as a result in the long run, it has caused disadvantages and damages to the psyche on a very complex manner. Learned from a young age, these cultural ideas or expressions somehow have become one of the major destructive factors of our society. Let’s say, in some parts of America for example, friendship and vulnerability have been equated to being gay or homosexuality and as a result, this becomes a reason for boys to detach themselves from other boys; made them disinterested to form a real bond for camaraderie. In areas where this is common, it has created an epidemic of loneliness years later, making it a major mental health concern for boys.

Again it is visible; being emotional is discouraged in today’s world while being a normal man is also being maligned. So men today are really confused, condemned to feel guilty about his nature while on the other side, expected to “man up” and be “man enough”. From the streets to the schools in many places of the world today, men or boys are being misunderstood, ridiculed, and shamed for expressing their natural characteristics such as kindness, being protective, emotional vulnerabilities, etc. Thought to be as “not masculine” or worst, “toxic”, this supposed to be healthy human expressions have been vilified. While men are being conditioned into hyper-masculinity, causing psychic imbalance and insecurities deep down his subconscious, simultaneously social movements like feminism are also attacking on the other side. Perpetrating their own version and ideals of masculinity; punishing males for their innate so-called “negative” traits.

So how a “real man” should really looks like?

For sure there are so-called masculine expressions but there is no perfect idea of masculinity. We cannot really think of a specific idea about how a man should really be but we can surely think of things that are helpful in solving these problems we are talking about. Instead of punishing us men forever and dehumanizing us because of our flaws, for example, society can help us learn how to be responsible, creative, productive, resilient, etc. Blaming and condemning us will never really help but instead, hurt our spirit further damaging our souls in a very profound sense. As a possible consequence, this would also result in harming behavior or discomfort to others. Many of us men among our society today are confused; unconsciously causing more problems rather than benefits that’s why we need help and not blame and degradation.