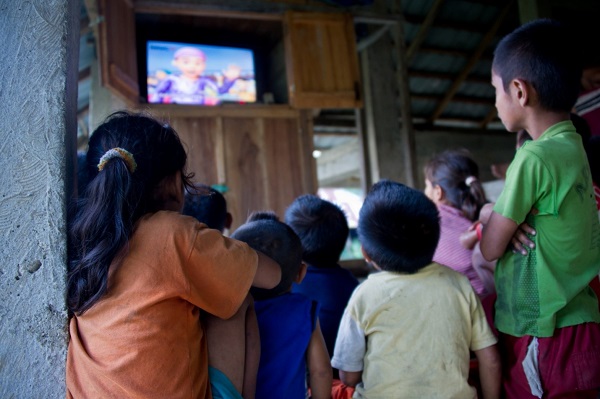 There have been many studies about the effects of television on children. These studies revealed how television, especially TV binging, negatively affects not only children’s psychology but also their physical health, mood, behavior, sleep patterns, performance in school, and most importantly, moral compass. These studies also show commonalities on many aspects related to television watching. In addition, studies also found that the culture being promoted in the television has adversely impacted not only the general adult population but also children. For example, children see their favorite characters smoking cigarettes, binge drinking, and being involved in situations and behaviors that are very risky and harmful to others and to themselves. That is why experts have concluded that it is very necessary for this issue to be taken seriously.

According to one study done by National Council for Children’s Television (NCCT) around 2015, many Filipino children, below 18 years old, spend 3 hours on watching television on a daily basis. This number increases into 6 hours during weekends which if you compare it to the prescribed daily exposure (1 to 2 hours), it is way too much. According also to the same study, most of these TV programs are not really suited to children and are not helpful to their growth even if many of these shows do not include violence and other offensive scenes.

According also to the NCCT study, “Any concept that is improperly interpreted by children could mean a shift in their perspective, and any incorrect inferences to what is ‘real’ and ‘socially acceptable or correct’ could lead to possible conflicts in a child’s development.” This is the reason why TV isn’t really helping the child’s development and growth. Instead, it functions as a tool for suggestive thinking and psychological manipulation (commonly called brainwashing) by the corporations and some politicians. Somehow, it seems like a form of mind control device that promotes culture of apathy, mindless consumerism, and hostility. To quote Noam Chomsky, an American linguist, philosopher, cognitive scientist, historian, political activist, and social critic, “He who controls the media, controls the minds of the public”.

Furthermore, watching television replaces other important activities that are supposed to be healthy for children. These activities are usually essential part of one’s childhood such as socialization, playing, reading, sports, arts, playing music, hiking, running, swimming, etc. These normal activities are very important in developing their skills and other abilities that would help them have better coping mechanisms and survivability towards life. And also, these activities positively contribute not only to the physical health but also to the mental health of a child. One reason is that, if a person has active and dynamic lifestyle, he or she will also have healthy body and brain.

According to another study published in the University of Michigan website, “TV viewing is probably replacing activities in your child’ s life that you would rather have them do (things like playing with friends, being physically active, getting fresh air, reading, playing imaginatively, doing homework, doing chores). Kids who spend more time watching TV (both with and without parents and siblings present) spend less time interacting with family members”.

It was also stated on the same study that TV binging may result to sleep problems, poor grades, obesity, and behavioural problems among many children. According to experts, most children’s show does not really teach children to be totally responsible, compassionate, and independent but instead, most of these programs contain violence as means to solving problems, negative stereotypes, and other scenes that encourages harmful behavior. This includes animation and other type of shows that are supposed to be created for young audiences. Furthermore, many advertisements of these so-called children’s show encourage children to eat very unhealthy food and toxic beverages such as those that are available on most fast food restaurants. These are the reasons why experts have concluded that TV shows doesn’t really help with children’s well-being.

Meanwhile, a study conducted by Graham Davey, Ph.D. of University of Sussex in the U.K. found that, “people who are regularly exposed to media violence may develop anxiety, depression, stress, and post-traumatic stress disorder”. He also stated that “people that watched negative programming demonstrated increases in anxious moods and feelings of sadness. In addition, these participants tended to catastrophize personal concerns and feel that small problems in their lives were big ones. These results make sense, as previous research has shown that a bad mood in general can exaggerate feelings about personal issues”.

Childhood television habits are also risk factor for adult health problems. According to the study conducted by Alpa Patel, PhD, the Strategic Director of Cancer Prevention Study-3 for the Epidemiology Research Program for the American Cancer Society, “People who spent at least six hours of their daily leisure time sitting, died sooner than people who sat less than three hours. Middle-age and senior individuals who sit longer hours during their free time after work, could die earlier. The effect is stronger for women than for men, but significant for both sexes”. The study started in 1992 and concluded in the year 2010. It involved 53,440 American men and 69,776 women who were 50-74 years old when the study began.

In the Philippines, television is a big part of daily family affairs. In most households, TV is one of the most important things a family must have. Many Filipino families sit and watch TV together for long periods of time. In many homes, parents leave their child alone with television as if replacing their role as guidance and role model. For many poor Filipino families, TV is so precious and useful because of their lack of better things to do. But with all these negative effects and implications, many people ask…what kind of future awaits on our children. And lastly, what should parents do to prevent their child from being psychologically damaged by television? And what kind of future awaits our children?