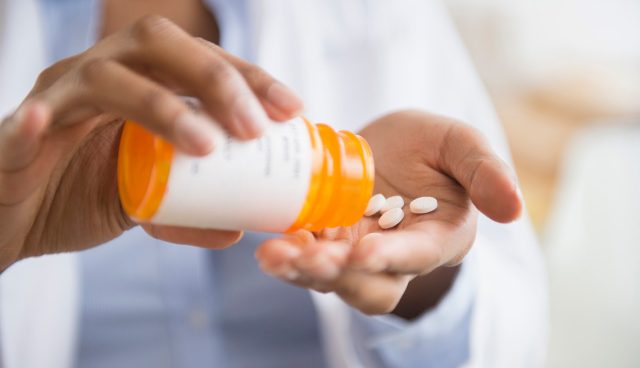 People can easily buy Nonsteroidal Anti-inflammatory Drugs or NSAIDs. Even children can simply access NSAIDs not only from pharmacies but also in small community shops or sari-sari stores. Although the Federal Drug Administration (FDA) has warned the public about NSAIDs back in 2005, and for the second time 2015, it is still very widely available all over the world. The reason is that NSAIDs has many negative and dangerous side effects on a person’s body and it also increases the risk of heart attack or stroke. And if consumed in high doses (even just for a week), it can also lead to many other body organ problems or damages.

The most prescribed NSAIDs are aspirin, naproxen, and Ibuprofen. Many doctors and advertisements prescribe NSAIDs for people to control and relieve inflammation and pain caused my many health problems such as arthritis, injury, fibromyalgia, etc. However, NSAIDs, especially in high doses, may be effective in most of these conditions. But according to one study, there are approximately more than 105,000 people around the world hospitalized each year because of the side effects. Within this number, there were over 16,000 people who died. Because NSAIDs are widely prescribed around the world, many experts, including the FDA, expressed worry and call for warning.

So what are the side effects of NSAIDs?

NSIADs poisoning includes gastrointestinal bleeding, kidney failure, liver damage, hearing loss, metabolic acidosis, heart failure (even in short-term use) and even death since it elevates blood pressure. In the US alone for example, during its five years on the market, the NSAIDs called rofecoxib (Vioxx) caused almost 140,000 heart attacks. This is one of the reasons why Vioxx was removed from the market in 2004. And it is because of this why many experts conducted further studies about NSAIDs and why the FDA released a warning in 2005. It was also due to this that the studies found out that the dangerous side effects are not only caused by Vioxx but by other types of NSAIDs too. It was said that the odds of having heart attack in general were about 20 to 50 percent.

Other adverse side-effects of NSAIDs are:

Aside from cardiovascular diseases, one study also found that NSAIDs may also result to miscarriages among pregnant women within 2 to 3 months of its use. Pregnant women who used NSAIDs were compared to women who do not and the results were alarming. It was found that these drugs affect with prostaglandins, a kind of hormone molecules that are dangerous for implantation of an early embryo in the uterus. According to Dr. De-Kun Li, a researcher with Kaiser Permanente Northern California in Oakland and the author of the study, “The category of NSAID medications was invented to relieve pain and reduce inflammation. The way this category of medications accomplishes these pharmacologic effects is by inhibiting the production of prostaglandin”.

In conclusion, it was proven by experts through many studies that pain killers might really cause serious side effects such as heart attack and multiple organ failures. In addition, it can also alter your brain chemistry and might result to the changing of one’s behavior. That’s why it is important to use these medications with full caution. It would also be more advantageous for their well-being if Filipinos educate themselves about these drugs and its risks. It is also necessary for all of us to take care of our body by having enough sleep, healthy diet, positive environment, stress management techniques, and of course, regular physical exercises.