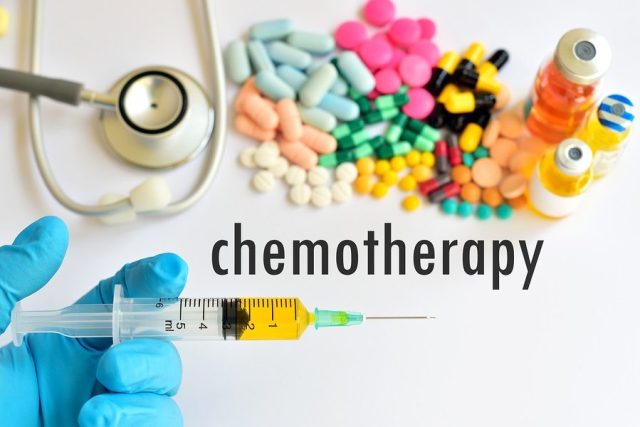 If you think about it, does chemotherapy really cure cancer? This has been the established belief in our society and up to these days, no one is questioning the validity of this claim. Maybe, it is because most of us depend on other people’s opinion so much especially when it is coming from a so-called expert. Further, most people also feel so helpless and are passive when it comes to the issue of health, especially cancer. Sad to say, many of them are clueless and blindly satisfied with what is happening on the current healthcare system.

What are the side effects of Chemotherapy?

According to one article by Ty Bollinger, a well-respected and best-selling author, medical researcher, talk radio host, and health freedom advocate, during the process of chemotherapy, a patient’s immune system is destroyed. Many of them fell weaker while they are having nausea or severe dizziness and are frequently vomiting. In addition to this, patient’s hairs also fall due to the effects of radiation used on this system.

Furthermore, Bollinger said that “chemotherapy destroys erythrocytes (red blood cells), the immune system, and the vital organs”. He claims that chemotherapy medicines are very toxic and should not be put on the human body and he also said that when an oncologist claims that there is another kind of cancer developing during the therapy, or that you have a second or third cancer, it is most likely that chemo has caused another problems.

According to the article by Sarah Knapton, based on the research by The Lancet Oncology, that was published in August 2016 at the www.telegraph.co.uk, “Cancer drugs are killing up to 50 per cent of patients in some hospitals. For the first time researchers looked at the numbers of cancer patients who died within 30 days of starting chemotherapy, which indicates that the medication is the cause of death, rather than the cancer. The study by Public Health England and Cancer Research UK found that across England around 8.4 per cent of patients with lung cancer, and 2.4 per cent of breast cancer patients died within a month”.

Knaptop also added, “But in some hospitals the figure was far higher. In Milton Keynes the death rate for lung cancer treatment was 50.9 per cent, although it was based on a very small number of patients. At Lancashire Teaching Hospitals the 30 day mortality rate was 28 per cent for palliative chemotherapy for lung cancer, which is given when a cure is not expected and treatment given to alleviate symptoms. Deaths of lung cancer patients from chemotherapy were also far higher than the national average in Blackpool, Coventry, Derby, South Tyneside and Surrey and Sussex, according to the research”.

In connection, she also wrote, “Similarly, around one in five people who underwent palliative care for breast cancer at Cambridge University Hospitals died from their treatment. Public Health England (PHE), said it had contacted the hospitals concerned to ask them to review practices. The study looked at more than 23,000 women with breast cancer and nearly 10,000 men with 9634 non-small cell lung cancer who underwent chemotherapy in 2014. Of those treated 1,383 died within 30 days”.

Other expert’s opinion about Chemotherapy

Dr. Glenn Warner (who died in 2000), a very successful alternative treatment practitioner and a highly qualified cancer specialists in the US said, “We have a multi-billion dollar industry that is killing people, right and left, just for financial gain. Meanwhile, Dr. Alan C. Nixon, past president of the American Chemical Society writes, “As a chemist trained to interpret data, it is incomprehensible to me that physicians can ignore the clear evidence that chemotherapy does much, much more harm than good.”

Is there a Research about “Alternative” Cure or Therapy for Cancer?

In the Philippines, the Republic Act No. 8432 or the “Traditional and Alternative Medicine Act (TAMA) of 1997 has been included in the healthcare to “require proper distribution and use of non-conventional medication and practices in the country”. This must be the foundation of cancer patients seeking natural and non-toxic cancer therapy. This is a product of “alterative” science and healthcare in the country. However, both the Food and Drug Administration (FDA) and the government are usually putting up strict regulations that scrutinize the production and effectiveness of these alternative or natural products that often results to market deterrents. In addition, seems like the toxic effects of chemotherapy have long been ignored by these two bodies. Major researches and clinical observations have been done as demonstrated above; will the authorities in the medical society and the government take action on this issue?