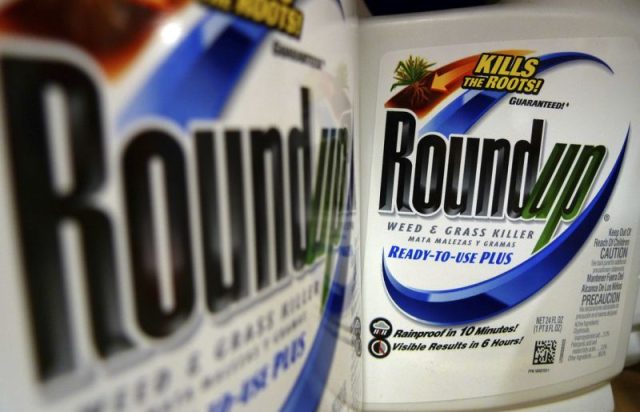 In February 2015, a man named Edwin Hardeman was diagnosed with cancer. This was said to have been caused by his use of Monsanto’s Roundup. Many farmers around the world use Roundup as weed killers and herbicide. For decades, it has been thought to be safe for use. Monsanto insists that their products are not dangerous if used “properly”. For more than 40 years, Roundup has been sold worldwide as a one-step solution to farming problems. Now, it is already owned by Bayer, a German pharmaceutical and chemical giant. Monsanto, which is also the company who brought the toxins DDT, saccharin, Polychlorinated biphenyls (PCB), aspartame, and genetically engineered seeds to the world, claimed that the safeness of their products is “proven by hundreds of scientific studies”.

Roundup contains glyphosate, the active ingredient in many weed-killers first sold by Monsanto in 1974. It is used in agriculture and forestry for weeds, lawns, and gardens. However, the effect of Roundup on plants is non-selective. It kills most of them when applied. It can also damage our internal body parts through the food that we eat. Farmers use it on fields before their crops emerge in spring. Further, some crops such as soybeans have been genetically modified to resist glyphosate. Unfortunately, the European Union (EU), through their European Food Safety Authority and the European Chemicals Agency, do not categorize glyphosate as carcinogenic. That’s why in 2017, the EU allowed to renew the license for glyphosate for another 5 more years.

The Myth of Safe Amount

Since decades, concerned people and activists around the world have been clamoring about the hazards of glyphosate to human health. Many of these concerned people say that glyphosate is a hormone disrupter which causes cancer and birth defects. It is also said to cause developmental disorders during and after pregnancy. Some scientists even argue that there is no safe level of glyphosate for human consumption. Furthermore, in places like Portugal, Italy and Canada, glyphosate has been banned for use. And in France, the government promised that glyphosate would be banned “for its main uses by 2021, and for all of its uses within 5 years.

In 2014, Monsanto was ordered by the San Francisco court to pay $250 million to the person named Mr. Dewayne Johnson, a groundskeeper from California diagnosed with non-Hodgkin’s lymphoma, a type of cancer that affects white blood cells. The jurors unanimously found that “Monsanto acted with “malice” and that its weed killers Roundup and the professional grade version RangerPro contributed “substantially” to Dewayne Johnson’s terminal illness”. Also, in February 2015, a man named Edwin Hardeman was diagnosed with cancer. This was said to have been caused by his use of Roundup which, according to Hardeman’s lawyer, the risks were concealed. Throughout history, thousands of lawsuits have been filed against Monsanto.

So if the US court has agreed that glyphosate really causes cancer, why Philippines still allows this to be available in the market? Why is the government not doing anything to stop this substance from being used? Many people in the country trust this product without even researching or reading about it. Glyphosate, together with other chemicals in pesticides that are known to be super toxic, should be immediately banned from the country. Today, it is sad to see that everybody can easily purchase these chemicals even online. Farmers, parents, teachers, and people in high positions should be well-educated about this substance before everything’s too late for all of us. Lastly, we must make sure that organic agriculture and natural farming should be given priority, especially by our government.